Finance Ministry refuses to give approval for the deal, resulting in now a five-year delay for the transaction 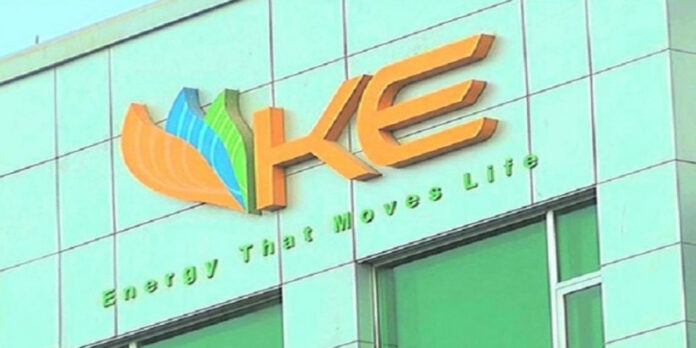 On the face of it, it looks like a straightforward extension update for an acquisition transaction. On December 28, investment bank and brokerage house Arif Habib Ltd (AHL) informed the Pakistan Stock Exchange (PSX), that the Securities and Exchange Commission of Pakistan (SECP) had granted an extension of 90 days until March 27, 2021.

The deal in question? Shanghai Electric Power Company (SEP) wanted to buy 66.4% or 18,335,542,679 shares of Karachi’s power provider, K-Electric (KE). In this case, AHL was the manager of the offer. The public announcement of intention had been published on June 30, 2020, but it seemed that SEP still needed some time to mull over legal matters, terms and conditions, and price before it initiated the formal public announcement of offer, which would entail an acceptance.

This would make sense, except the SEP and KE have been going back and forth over a hypothetical acquisition for the last five years. The charade looks something like this: an intention, an extension, a withdrawal, a fresh intention. Rinse, repeat.

It began, innocently enough, with an enquiry. The PSX sent a letter to KE on August 10, 2016, saying that there had been rumours in ‘the electronic media’ that something called ‘Shanghai Corporation’ and Engro were to buy a stake in the company. On August 11, KE responded by saying that the news was incorrect and speculative.

But then just a few weeks later, on August 28, KE announced that Dubai-based private equity firm Abraaj was evaluating the possibility of divesting its share in KE. The now defunct Abraaj Group is today more well known for its CEO, Arif Naqvi, who is currently battling extradition to the United States on account of fund misappropriation (but that drama would happen later, in 2018 and 2019).

For now, Naqvi was still the darling of the financial world. Abraaj held the majority shareholding of 66.4% in KE, along with Al-Jomaih Group of Saudi Arabia and National Industries Group of Kuwait. The three firms operated under the name KES Power, which is the parent company of KE. The government of Pakistan holds 24.4%, while 9.2% is held by others, including individual investors on the PSX.

Two days later on August 30, KE said that it had received a public announcement of intention from SEP to buy out that very 66.4% share of KES Power. Turns out that ‘Shanghai’ bit was somewhat accurate. At the time, the deal was worth an estimated $1.7 billion.

So far, so good. But fast forward to June 13, 2017, and the offer had been withdrawn. It turns out that the time granted by the SECP to complete the transaction had lapsed, and certain regulatory approvals remained outstanding. No matter: exactly one day later a fresh public announcement of intention was issued.

Then on June 30, 2020, another fresh public announcement of intention was issued. The latest extension has been for this very intention.

All in all, in the last five years, five different public announcements of intention have been declared. Each time, it is the same three parties: the SEP, KE and AHL (the manager). The share sought is also the same: 66.4% or the entire share of KES Power. And yet, each time, the time period to make a public announcement for offer had elapsed, by law. “The acquirer remains fully committed to consummate the transaction pending receipt of regulatory and other approvals,” AHL explained.

And that is exactly the problem: all of this drama of indications of interest, the lapses, the withdrawals, the new expression of interests, have to do with one thing: the refusal of the government of Pakistan – specifically the bureaucrats at the Finance Ministry – to give their approval to the transaction because they want to bilk K-Electric of hundreds of billions of rupees to make their budget numbers work.

You see, the finance ministry wants K-Electric to pay its outstanding payables to Sui Southern Gas Company before they will grant approval for the transaction, and they pretend to be unaware of the fact that K-Electric’s obligations will remain unchanged no matter who retains ultimate ownership of the company.

KE is acutely aware of how ridiculous the delay is. In the latest annual report of 2020, KE reiterated that “despite delays in the required approvals and a lapse of over 4 years, this strategic investor has reiterated its keenness and has also issued a fresh Public Announcement of its Intention for the acquisition on June 29, 2020.”

The company hoped that, “with an aggressive investment plan catering to the needs of the entire power value chain, SEP’s acquisition of a controlling stake in the company will prove to be a game changer in transforming Karachi’s power infrastructure and technological landscape of the local power sector.”

For a shock to many, all-rounder Shoaib Malik has replaced batter Sohaib Maqsood in the Pakistan squad for this month's Men’s T20 World Cup. The...
Read more
CITY

LAHORE - A total of 23 transgender killings have been reported in Punjab so far in the last seven years whereas according to the...
Read more