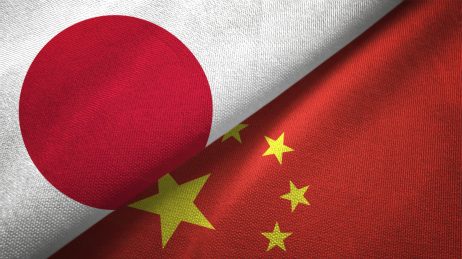 ISLAMABAD: A defense hotline between China and Japan is expected to be launched next spring, Japanese Foreign Minister Yoshimasa Hayashi revealed on Tuesday. Chinese observers said the move can avoid escalation of tensions if miscalculation or other frictions happen between the two sides in their maritime and air relations.

Given that the two Asian powers have been at odds over some hot-button issues involving the East China Sea, the Diaoyu Islands and the South China Sea, Hayashi told a press conference that operating the hotline between Japanese and Chinese defense authorities will “play an extremely important role in building confidence and avoiding unexpected contingencies,” Kyodo News reported.

“We will continue discussions with the Chinese side toward the realization” of the hotline, Hayashi said, according to Kyodo.

The Kyodo News noted that Hayashi’s remarks came after a meeting of leaders of state in Bangkok earlier this month in which an early start of the hotline was agreed upon.

On November 22, China and Japan held the 14th round of consultations under the high-level consultation mechanism on maritime affairs, during which the two sides acclaimed the performance of the defense sector’s maritime and air liaison mechanism and the important progress in the launch of a direct telephone line under the mechanism. They also confirmed that they would follow up on the subsequent work at a faster pace for early completion and launch of the telephone line, according to the Chinese Foreign Ministry.

Japan and China launched the maritime and aerial communication mechanism in 2018, which aimed to increase mutual trust, manage differences and maintain peace and stability in the East China Sea area, according to the Xinhua News Agency.

Despite the launch of the mechanism, the two sides have made little progress on the hotline during the past years, Kyodo News noted.

With the hotline, possible frictions and escalation of tension between the two sides in maritime and air affairs are expected to be avoided in a timely manner, which would also ease the tensions and warm the ties between China and Japan, Song Zhongping, a Chinese military expert and TV commentator, told the Global Times on Wednesday.

Since the first summit between the two Asian countries in almost three years took place on the fringes of an Asia-Pacific Economic Cooperation forum summit earlier this month, the two countries have seen a series of positive signals in bilateral ties despite long-term differences on some sensitive issues.

Song also suggested that in the next step the two sides can strengthen exchanges in various fields, especially in non-traditional security fields, such as humanitarian relief, disaster prevention and mitigation, counter-terrorism, and anti-piracy efforts.

If the two militaries can deepen their cooperation, it can stabilize the situation in the Asian region and ease the tensions between the two countries, which would be in both countries’ interests, Song noted.

The expert urged Japan to adhere to the consensus reached during the meeting between the two leaders of state, adhere to the one-China principle, refrain from provoking China on the Taiwan question and South China Sea issues, manage differences on the Diaoyu Islands issue, and stop colluding with the US under the so-called “Indo-Pacific Strategy” to contain China’s peaceful development, so as to push forward healthy and mutually beneficial ties with China.