Much more than merely a language 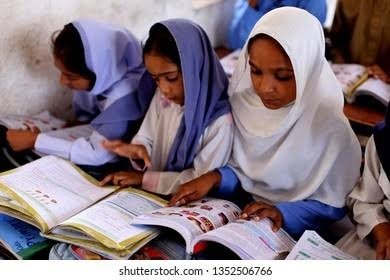 The other day at a gathering, an acquaintance was complaining about her daughters’ predicament while they tried to cope with the challenge of having to study primary-school Islamic Studies (Islamyat) in Urdu. She was agitated because with their ineptitude in Urdu (a common enough failing among the newer generations), she felt it grossly unfair to expect her daughters to study another subject via that medium, especially when they had been forced to make the switch from English to Urdu overnight.

Some explanation is in order. In the upper tier of private schools, up until the implementation of the Single National Curriculum (SNC) last year, Urdu had long been relegated to the status of a mere language, which nobody took very seriously. English was the sole medium of instruction for all other subjects. To the perturbation of many parents (including the aforementioned lady), the SNC had insisted that Islamic Studies be taught in Urdu. While I am not privy to the thought process behind the decision, it is hard to differ with their conclusion.

The broader SNC debate is a complicated one and I do not propose to deal with it here. Neither do I intend in any way to defend all the Islamic Studies course contents. They are far from ideal, and there is a lot of room for improvement. Also, our ministries and departments are hardly renowned for meticulous homework behind their decisions and smooth implementation of the same; and I certainly hold no brief for any of them. For the purpose of this article therefore, I will be content to focus on the narrower question of the medium of instruction for Islamic Studies. I am inclined to think that in the long haul the SNC may have done the students a big favour, if only their parents find it in themselves to be willing to put in some effort.

I told the lady so much. I added that instead of feeling frustrated, she should utilize this opportunity to help her daughters develop the requisite competence in Urdu, which happens to be one of the languages most suitable to learn about Islam. Because with that competence in place, it can realistically be hoped that should they decide to delve deeper into their religion at a later stage of life, at least language will not get in the way. True, many children are likely to find the task impossible at first. It will certainly be challenging for their parents too, but surely not harder than the challenge faced by those expats who fight gamely to teach their children their mother-tongue against all odds.

Moreover, Urdu not only shares its script and many of its roots and formulas with Arabic, it also borrows profusely from its vocabulary. Urdu prowess therefore translates directly into Arabic prowess.

Languages are strange creatures. While it is true that no field of inquiry is confined to any one language or a set of languages; it so happens that certain languages come to be associated with certain fields on account of having become the vehicle for most of the representative work done in those fields. Science, for example, in our times is so inextricably linked with English that ignorance of English makes the quest of keeping abreast of scientific developments much harder than it needs to be. (Till some centuries ago, Latin used to enjoy this status.) Similarly, on account of the quality of work on Islam done, and continuing to be done, in Arabic, Urdu and Persian; one will be indifferent to these languages to one’s own detriment.

The untranslatability of the Quran is an extensive theme comprising multiple aspects. What is directly relevant to the discussion at hand is that no English word conveys the subtleties of many of the key Quranic terms: ‘rasool’, ‘salaat’, ‘zakaat’, ‘kitaab’, ‘hikmah’, ‘kaafir’, ‘khair’ and ‘shar’, to name a few. What is more, many of these same words occur in the Quran in their non-terminological sense as well, sometimes having different meanings in different contexts. By letting the translator use the original word with all its range of meanings and inherent subtleties, Urdu thus removes at least one major difficulty in the way of the accurate translation (and therefore understanding) of Quranic verses. This merit of Urdu cannot be emphasised enough. Moreover, Urdu not only shares its script and many of its roots and formulas with Arabic, it also borrows profusely from its vocabulary. Urdu prowess therefore translates directly into Arabic prowess.

Urdu has the added distinction that the quality of work that has been done on Islam in this language is unmatched even in Arabic. So, while it would be unreasonable to expect Muslims from other backgrounds to all go out of their ways to learn Urdu (or Arabic for that matter), it would be such a waste if those fortunate enough to inherit it allow it to slip through their fingers on account of apathy on their part or on the part of their elders.

Urdu is in bad shape in its own backyard and if it goes the way of Punjabi much more than merely a language will have been lost. Our future generations missing out on Ghalib, Iqbal and Faraz is a bleak enough prospect. Infinitely more lamentable would be the fact that a crucial link to their religion will have been severed if it comes to pass.