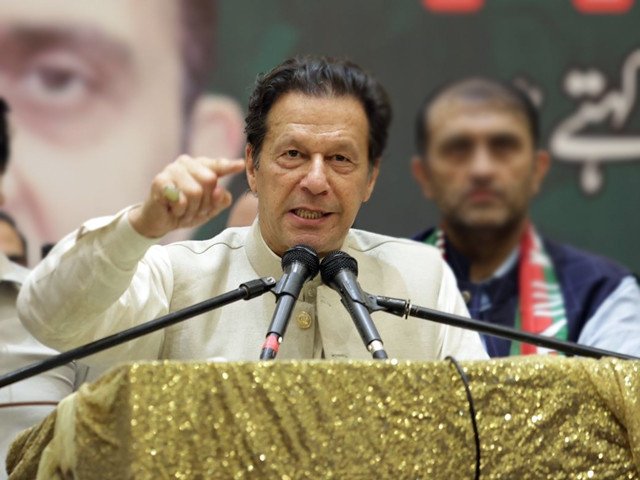 Public servants, or in other words the bureaucracy, form an important pillar of the government, be it at national or provincial level. The government formulates policies, plans and programmes and these are supposed to be implemented and executed honestly, sincerely and dedicatedly by the bureaucracy down the line.

The Father of the Nation, Quaid-i-Azam Mohammad Ali Jinnah, in his address to the public servants on 14 April 1948 had stated,” Whatever community, caste or creed you belong, you are now servants of Pakistan, you have to do your duty as servants. You are not concerned with this or that political party that is not your business. It is a business of politicians to fight out their cause under the present Constitution or the future Constitutions that may be ultimately framed. You, therefore, have nothing to do with this or that party….”

PTI Chairman Imran Khan, on being elected the Prime Minister following July 2018 general election, while addressing a gathering of public servants under training at the national training institution in Lahore at Islamabad, within the first quarter of his being in power, had quite emphatically  stated  that bureaucracy is the backbone of the State  and it must  deliver and perform its duties and assigned responsibilities  faithfully , the government policy of de-politicalisation of national institutions   and enforcement of  meritocracy  offered great  opportunity  to the bureaucrats  to improve their  performance and play their due role  on translating  political vision into reality  as the backbone of the  State.

In his own interests and that of his party and supporters, Imran Khan should better pause, think and ponder to what he is saying and advocating negatively that which partially has been referred to in the aforementioned paragraphs rather briefly and forthwith stop all his activities hostile towards the national interests, national institutions, the Constitution as all these acts of him are not going to favour or help him in coming into power again.

But quite surprisingly, regretfully and deplorably after being ousted through no trust motion in April 2022, the same Imran Khan was somehow criticising left and right, hitting and targeting the national institutions in a thoughtless manner are public meetings, and in tweets and interviews and not sparing hitting directly or indirectly the Constitution of Pakistan, which is a sacred document also called the Green Book. All his activities and attempts to harm the country’s longest surviving Constitution in any manner are strongly condemnable to say the least.

As the elected prime minister, Imran Khan had taken oath under the same Constitution which inter-alia reads….” That I will bear true faith and allegiance to Pakistan; That , as Prime Minister of Pakistan, I will discharge  my duties, and perform  my functions , honestly, to the best of my ability, faithfully in accordance  with the Constitution of the Islamic Republic of Pakistan and the law, and always  in the interest of  the sovereignty, integrity , well-being and prosperity of Pakistan; that I will strive to preserve  the Islamic ideology  which is  the basis for creation of Pakistan; …That I will preserve, protect and defend the Constitution of Islamic Republic of Pakistan……”

One only wonders how soon he has forgotten the oath he had taken as Prime Minister under the Constitution and is now attacking the Constitution and national institutions established under it quite negatively in a hostile manner without realising what damage he is causing to the country, to the democracy and stability of Pakistan.

The former Prime Minister should remember that way back in 1971, Pakistan was dismembered and among others one of the major reasons was that there was no Constitution. Pakistan had become a land without a Constitution following abrogation of the Constitution in 1968 by General Agha Yahya Khan, which had been framed and promulgated in 1962 by Field Marshal Muhammad Ayub Khan as the second Constitution.

Imran Khan should better refrain from indulging in such hostile activities which may sooner or later create a 1971-like situation in the country. Such an act on his part may not even be liked by his party leaders or supporters as such.

Inviting the public servants and involving the national institutions directly or indirectly by the former prime minister Imran Khan in his struggle to regain power cannot be appreciated or liked in any manner as such attempts would lead to creating instability in the country due to which Pakistan will never be able to attain the cherished goal of reaching the destiny of economic progress.

He should also remember that encouraging the indulgence and interference of the institutions and inviting them to venture into politics is not good at all as it is tantamount to making Pakistan a banana republic. Imran Khan is quite rightly being accused and criticised for indulging in such activities, forgetting that the national institutions should not be encouraged and invited to venture into the political arena instead of performing their duties and functions within the constitutional framework.

He should also remember the bitter fact that encouraging the national institutions not to follow their constitutional obligations and responsibility meant a crude attempt on his part to directly or indirectly promote rule of jungle, dictatorship and fascism in the country. He is also being criticised for inciting revolt in the Army which would be quite disastrous for nuclear Pakistan and lead to promoting evil designs of the forces inimical to the existence of Pakistan and its strong, dedicated, committed Armed Forces who are vigilant always to foil any attack on the integrity, solidarity and security of Pakistan.

In other words, quite regretfully, the narrative of Imran Khan who heads a political party which claims to have roots in all four provinces as well as in Gilgit-Baltistan and AJK amounts to attacking the democratic set up and the rights of the people…

It is a bitter fact that the doctrine of necessity had caused immense loss to Pakistan for quite sometime in the past by the vested interests. People who are closely following the negative and hostile activities of Imran Khan particularly after his being out of the office as Prime Minister are quite rightly thinking whether Imran Khan somehow wants  to revive the dangerous doctrine of necessity in furtherance of his of objectives and goals of regaining the lost post power as soon as possible without realIsing the great damage and loss this may cause to the country, prevailing democratic set-up and the national institutions as well as the people at large directly and indirectly.

In his own interests and that of his party and supporters, Imran Khan should better pause, think and ponder to what he is saying and advocating negatively that which partially has been referred to in the aforementioned paragraphs rather briefly and forthwith stop all his activities hostile towards the national interests, national institutions, the Constitution as all these acts of him are not going to favour or help him in coming into power again.

December 8, 2022
Retail expos are game changers for Pakistan’s retail sector, and overall economy By Ghulam Murtaza The retail sector is thriving in Pakistan. The culturally rich...