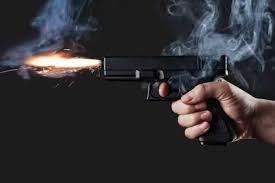 BARA: Tribal leader Munsif Ali Afridi and a passerby were killed in firing by some unidentified attackers while a constable left badly injured in Bara area of Khyber District on Thursday.

The incident took place when the tribal leader was returning after attending
a jirga on the deteriorating law and order situation in Bara.

On his way, some unidentified armed men opened fire on him near Qambar Khel
in the jurisdiction of Bara Agency. Resultantly, he and a passerby died on
the spot while a constable were seriously injured, who was shifted to a
hospital for medical treatment.

As soon as the information was received, a heavy police contingent led by
District Police Officer (DPO) Khyber reached the spot and conducted a search
operation in the area.

It merits to mention here that the deceased was the elder brother of
Pakistan Tehreek-e-Insaaf (PTI) leader and candidate of Tehsil Chairman Abid
Ali Afridi and had survived several deadly attacks before.