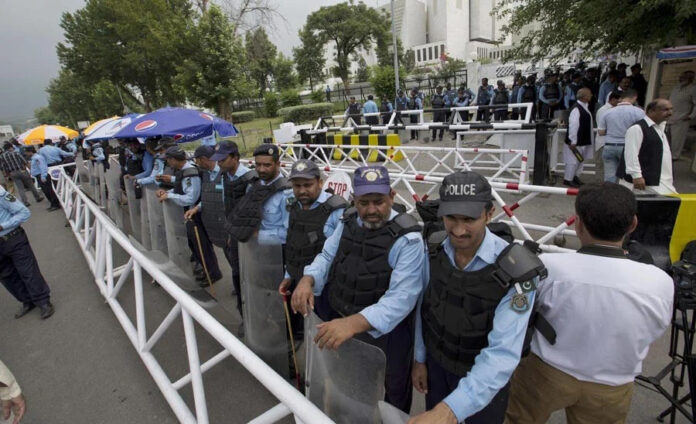 In the book, Why Nations Fail, the writers, Daron Acemoglu and James A. Robinson, have vividly mentioned that the prosperity of a country doesn’t hinge upon outside help. No amount of donations, aid and other financial assistance, the writers argue, can sustain a country, let alone transform it. Of course, there are other factors as well, such as an inclusive system, which works as a lynchpin for the prosperity of any nation irrespective of geography and other components the writers have debunked one by one. Interestingly, the book shows readers how one thing engenders another— i.e., the exclusive system results in dependency while the inclusive system effects prosperity, independence and well-being for all and sundry.

By putting the whole book in a Pakistani perspective, the real crisis can be understood. As regards dependency, the most poignantly dangerous issue comes from financial dependency, inter alia. Since the 1970s, the economy of Pakistan has been propped up by foreign aid. When the Jihad in Afghanistan was in full swing, dollars satiated the boots and mosques. With the conclusion of the (un)holy war co-opted by unholy men, this country went to the birds financially, and by extension socially.

Sanctions came in a corollary to only get worse in 1998 when this country declared itself to be a nuclear power. With the ascent of the last dictator, the USA again started raining dollars, thanks to the 9/11 incident and the subsequent War on— or rather aptly War of— Terror. It is noticeable whenever the Army ruled Pakistan, the USA was magnanimous, but the civilian governments didn’t get along well with Uncle Sam. It in itself speaks volumes.

It seems Pakistan has some sort of dependency syndrome, especially economically, which has penetrated the very roots of this country. No country without standing on its feet can do any better on any front. The USA used Pakistan time and again for its own national interests starting with the SEATO and CENTO, leading to the Afghan War and ending with the War on Terror. Surprisingly both distrusted each other so much, on the one hand; they needed one another so desperately that it was all but impossible to snub the other, on the other. In other words, Pakistan and the USA were like those unhappy couples who had relations based on profound distrust of the other and scepticism, yet both were inevitable for each other.

The root cause of this sorry state of Pakistan’s economy is manifold. For a start, real issues don’t get addressed, which in turn get worse day by day. For example, we neither have land tax nor have businesses been registered or digitalized specifically small enterprises, which encourages rent-seeking, putting the economic health of the country at risk.  As a result, real estate seems to seep into the psyche of businessmen. According to some reports, the total worth of the real estate is as high as $400 billion but the country has begged international lenders for just $1.3 billion.

This unjust system of affairs may work for a short time before exploding the very country if the elite carries out these policies. Countries like India and Bangladesh have learned this simple lesson decades ago, yet our ruling mafia, both military and civilian, doesn’t want to take the burden because the poor are at their disposal. It’s about time that as a country, our leaders should get together and map out a plan for inclusive growth so that one day our country will be progressive, developed and modern.

Rather than investing in export-based sectors, real estate, which is profoundly unproductive, untaxed and dependent on more imports, has become an easy sector for spending money. Had this sector been of any benefit, China wouldn’t have put it under severe restrictions. Additionally, most black money comes to it, which makes it nothing except a tax-free haven for those who are already uber-rich at the cost of the downtrodden.

There is no doubt that elite capture started with the creation of Pakistan. This very fringe group has taken politics hostage for its own benefit. While at the façade they show concern for the country at least they say so, the fact is that they only come here to rule or to make money, and when their mission is complete, they leave this country to the dogs. Take a look at all our current imported politicians, both in power and in the PTI, and their family members except those who are in politics.

Another disconcerting element comes from a situation in which politics is intertwined with the economy. A middle-class Pakistani youth can be anything but a politician. Why? Politicians make policies and the rest follow those policies. In a sense, almost a thousand individuals write the destiny of 230 million people. Worse so, excluding exceptions, all of these members who happen to be electable— they are born with a silver spoon in their mouth. That the representation of a street man is done by another man who has no idea of that life, who hasn’t seen a single day of poverty; says in itself something more than just an inherently unjust system. This exclusive economic and political system robs the country of its potential, growth, and prosperity.

The exclusive system, furthermore, divides society into many halves leaving the masses for wolves. The elite doesn’t bother with the public services, like public schools, hospitals and others, because they have made an alternative system from their families: Bahria Towns, O- and A-Level schooling system, private hospitals and gigantic shopping malls saturated with imported goods.  As a consequence, public institutions suffer a great deal of negligence. Those who cannot afford heavy prices are left at the mercy of crony capitalism and unabated economic uncertainty.

We come to know about all sorts of deficits from economists and they give us a list of factors and solutions but to no avail. Nevertheless, they don’t tell us about the elephant in the room: the root cause of it. For example, rich kids are fond of iPhones, which they change every year, take imported cars for granted, and their addiction to branded attire cannot be emphasized enough. Their parents may have agricultural lands or huge investments in real estate or may come from the bureaucracy. They earn from this country, but they don’t trust its product, consequently, they import on end. As a result, dollars go out of the country and import bills touch the skies. This year alone, no less than $ 8 billion was squandered on the import of non-essential goods, thanks to our elite.

Another problem is that the government runs to the IMF for a bailout package. The latter agrees to help only when the former gives a nod to drop the bombs of inflation, taxes and increased cost of living on common people. The story gets repeated unless elections are around the corner. This tried technique is not only simple but viable as well because every government has done so since the 1970s without any consequence. In a sense, much more like other things, the poor compensate for the luxury of the rich in this land of pure.

This unjust system of affairs may work for a short time before exploding the very country if the elite carries out these policies. Countries like India and Bangladesh have learned this simple lesson decades ago, yet our ruling mafia, both military and civilian, doesn’t want to take the burden because the poor are at their disposal. It’s about time that as a country, our leaders should get together and map out a plan for inclusive growth so that one day our country will be progressive, developed and modern.