The focus must not be only on cricket 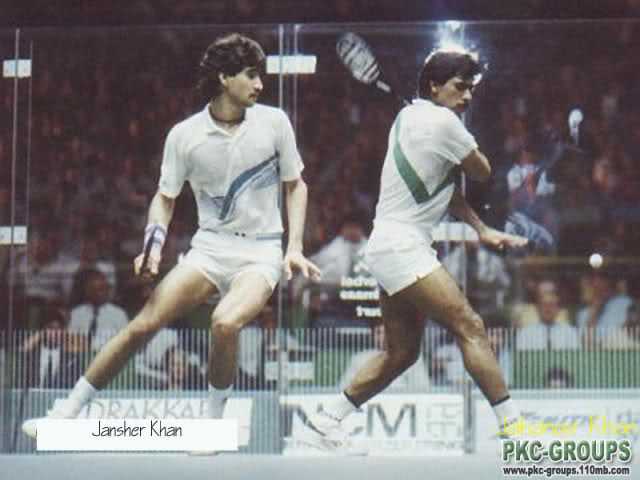 Having won its last hockey world cup in 1994, Pakistan is still the most successful team with four World Cups.

Having won a record number of consecutive matches and titles in squash, Pakistan’s squash players now don’t find a place in the top 20 squash players rankings and the drought for the title continues.

The same is the case with other sports.

Before every international event, Pakistan pins hope on one or two athletes to win at least a medal for Pakistan and take Pakistan to the medal table. That is how much we have neglected sports and athletes.

Pakistan’s athletes often raise their voices against poor infrastructure facilities, lack of funds, and the neglect they face; but their voices remain unheard.

Despite all the hurdles, Pakistani athletes still produce great performances from time to time. The recent performance of Pakistan’s athletes in the Commonwealth Games 2022 proves that the talent is there and it just needs to be nourished further. It needs to be supported and backed.

There is also a need for a national sports day that should be celebrated with enthusiasm. The achievements of the players who have made Pakistan proud should be highlighted. Every sport should be given its due recognition and players should be rewarded.

And the support these athletes got from the public shows that there is a space for other sports in an otherwise cricket-obsessed country.

Pakistani superstars like Arshad Nadeem and Nooh Butt can inspire an entire generation of youth that wants to serve Pakistan in sports other than cricket.

But they cannot do it alone. They have done their part. Now it is the hand of authorities to popularise different sports and attract the youth to play for the country by showcasing the achievements of Pakistani athletes who have made Pakistan proud.

But this cannot happen in a single day and not with an empty pocket. The authorities with responsibility should invest in players at the grassroots level and provide facilities to them.

There is a need to realize that there is a huge difference in the performance of a sponsored player and a player who has his eyes on the prize money to make his life better.

Recognition, fame, money, glory, self-interest, and the spirit of making the country proud, are the things that attract youth to play a sport. Cricket provides all these benefits. That is the reason youth are attracted to cricket.

This is the reason that other than determined followers of a sport, others don’t know anything about that sport. For example, very few among the readers could name a few players of our national hockey team. And the irony is that hockey is the national sport of Pakistan.

Here the question is why a youth will play hockey or any other sport if he is not going to get recognition, stardom, and money. And why would someone watch a sport if there are no superstars in that sport who could produce excellent performance?

During the era of Pakistan’s dominance in hockey, students used to play hockey in educational institutions. Students took pride in playing the sport that was making Pakistan proud globally. They wanted to play for Pakistan. That was the time when Pakistan was producing brilliant hockey players regularly.

The craze for the game was so immense that in schools and colleges where students could not afford hockey sticks, they played the game with self-made wood sticks cut from trees.

The same was the case with squash. Youngsters loved Pakistan’s incredible duo of Jehangir Khan and Jansher Khan and wanted to follow in their footsteps.

But now how will a youth play a sport if there are no superstars to inspire him? No infrastructure to nourish him, no funds to support him, and no recognition to make him feel proud?

Yes, there is a need for good infrastructure, adequate funds, and proper planning to improve the sports in the country and make Pakistan a great sporting nation but the need of the hour is to starts inspiring the youngsters to play different sports.

The competent authorities should involve all the athletes who have made Pakistan proud in recent times by winning medals or at least have participated and represented Pakistan to their fullest and present them as the superstars of their respective sports. These athletes should get their due recognition and appreciation. They deserve fame and popularity. These are the ones who will inspire the youth to play different sports. It will bring talent to the top.

And then from there good infrastructure, management, investment of funds in the right l areas, and proper planning will produce players of the highest standard that can bring glory to Pakistan in the future.

Furthermore, the government should prioritize this issue and take it seriously because not only do sports and athletes need recognition but they also help in spreading a positive image of the country.

All government institutions should have merit-based seats for all sports. And all those which have should make it more beneficial for the players. The selected players should be given incentives and facilities to shine their talent without fears about making a living.

All educational institutions should prioritize sports with education. They should promote sports by taking it as an integral part of their activities.

The government should develop state-of-the-art clubs with all facilities for all sports within all major and small cities to attract the youth.

Electronic and print media should glamorize stars of all sports and present them as role models by giving them the coverage they need.

There is also a need for a national sports day that should be celebrated with enthusiasm. The achievements of the players who have made Pakistan proud should be highlighted. Every sport should be given its due recognition and players should be rewarded.

Pakistan should invest in sports as it is a way of spreading the soft image of the country.