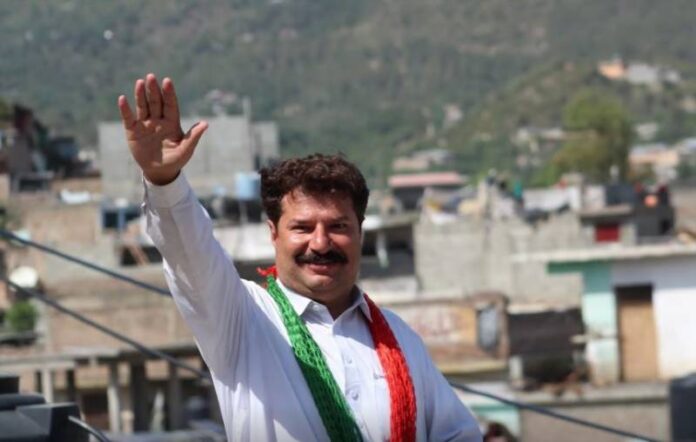 As a result of the attack, two guards and real brother and a nephew of the MPA were killed while four others including Malik Liaqat Khan and his secretary were severely injured.
After the firing, the vehicle went out of control and fell into the ditch. The police said that the MPA was on his way to his village Nagotal in Lower Dir District, when he was attacked by armed assailants. The PTI MPA is being shifted to Peshawar due to his critical condition.
Deputy Commissioner District Dir Lower Zubair Niazi confirmed the incident and said that Malik Liaqat Khan’s brother Jahan Alam and his younger son, Yasir Khan, police constable Naseer Khan and Levies constable Bacha Rawan died on the spot while MPA Malik Liaqat Khan, his secretary Shoaib Khan, Shakir Ullah and fourteen-year-old Huzaifa were injured.
The injured have been shifted to the hospital for immediate medical assistance.
Meanwhile, Emergency has been declared in the hospital. On the other hand, the police and other law enforcement agencies have surrounded the area and started a search operation.

Condemning the incident, the KP chief minister termed it a cowardly act and said that the culprits cannot escape from the law.

“The people involved in the incident will be arrested and brought to justice,” vowed the CM.

CM Mahmood also wished for the speedy recovery of the MPA and other people who got injured. While he expressed condolences to the families of the martyred police and levies personnel.