China is not the USSR

The USA will not find the going easy 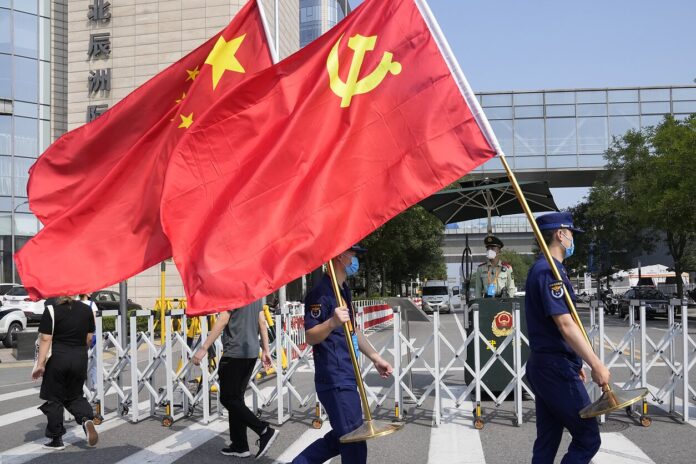 THE new Cold War has reached a new height. China has been challenging the unipolarity of the USA on every front. Countering China has become the supreme interest of the USA in the 21st century. Many scholars are of the view that the new Cold War cannot end in a similar fashion as the last: the downfall of the erstwhile USSR. Against the backdrop of dissolution of the USSR, many authors came up with sweeping statements that communism had thrown up the sponge.

In this relation, Francis Fukuyama was on the forefront who compiled his exposition in his notable work,The End of History and the Last Man. He concluded, “The end-point of mankind’s ideological evolution and the universalization of Western liberal democracy as the final form of human government.” In fact, the war against communism has never ended as China has turned up against the USA. China is the potential competitor which makes this game challenging for the USA.  However, there are many factors that distinguish China from the USSR.

The new Cold War for the USA can never be as simple as the former one was. The USSR was fraught with fault-lines whose exploitation proved to be plain sailing for the USA. In the wake of the new Cold War, the competition is thrilling between the global powers. As both competitors have relatively strong economies. China has been enhancing her clout by dint of economic partnership literally with the rest of the world

First of all, there is a difference in the nature of power. The former USSR was obsessed with defence and a major chunk of the economy was diverted to make it a global military hegemon. The excessive focus on defence hampered its economic growth significantly. On the contrary, China is keeping on expanding her economic influence globally through the Belt Road Initiative (BRI).

According to available statistics, the average defence spending of the former USSR was relatively above 15pc of the GDP. However, Chinese defence spending is merely below 6pc. Owing to high defence spending and low human development, the erstwhile USSR lost the confidence of its own people. Quite the opposite, Chinese economic focus has improved her soft power even beyond the boundaries. In the similar vein, the nation of around 1400 million lifted roughly half of the population from poverty unprecedentedly.

In the second place, Professor Amitai Etzioni, the renowned US Sociologist, said, “China has always emphasized regional dominance peacefully, but the USSR flagrantly ran after global dominance by hook or by crook.” Historically, China has never tried to invade any nation except a few border incursions in the recent past.

Deng Xiaoping, the ‘Architect of Modern China’,formulated peace and development as the tenet of Chinese foreign policy. Time and again, he used to quote the Chinese proverb ‘Hide your strength, bide your time.’ Resultantly, Chinese global standing and credibility have ameliorated and turned it into a robust state. The Soviets followed the ideology of Vladimir Lenin: the Comintern Policy. It was based on expanding communism globally with diverse nations. Consequently, it expanded to the Baltic region in the west and took over Central Asian nations in the south.

Another difference is that of national identity and nationalism. The former USSR was composed of diverse nations. Therefore, there was a dire need to evoke a sense of unity among them, but the multinational USSR failed to create a clear national identity. To the contrary, China consists of a single nation. According to statistics, around 92pc of the population of China is ethnically Han. This ethnic cohesion is an enormous tool for creating a sense of national integration. Moreover, the people of China are bound by the mixture of ideologies including communism and Confucianism. This makes a striking difference between them as far as national identity and nationalism are concerned.

Apart from this, the nature of communism is another factor that distinguishes China from the USSR. The Soviet model of communism was top-down in nature, but it is down-to-top in the case of Beijing. In order to make any ideology thrive, it is imperative to go through a sustained process by every section of society. Peasants brought about the communist revolution in China. The lower and lower middle class population had understanding about the ideology at first hand. Nevertheless, communism in Russia was imposed by an educated middle-class and political elite. Consequently, it went beyond the comprehension of lower strata of society. All in all, its effectiveness ebbed away with each passing day.

Last but not least, in the face of domestic and external crisis, the Soviet Union often used repression as a tool to suppress voices of dissent, but China has constantly reformed whenever there arises any problem. There were periods of reform, both mild and radical, in the USSR, but the chronic institutional inflexibility persisted and inexorably shook the foundations of the Soviet regime both economically and ideologically. By contrast, the Chinese believe that “reform and opening up” includes many social, economic, and political aspects, and it is an ongoing process, rather than a mission that has been accomplished.

The new Cold War for the USA can never be as simple as the former one was. The USSR was fraught with fault-lines whose exploitation proved to be plain sailing for the USA. In the wake of the new Cold War, the competition is thrilling between the global powers. As both competitors have relatively strong economies. China has been enhancing her clout by dint of economic partnership literally with the rest of the world.

To an extent, the USA’s all-time partners (European allies) keep China in their good books. The USA leaves no stone unturned to bring down China, be it Indo-Pacific competition, or human rights violations in Xinjiang province among others. Correspondingly, China treads the path sensibly which makes the equation complicated for Washington.

Muhammad Sohail Ahmad
The author retired as a Commodore from the Pakistan Navy. He can be reached at [email protected]