Paralympic athletes to be honored on Monday: DG Sports KP 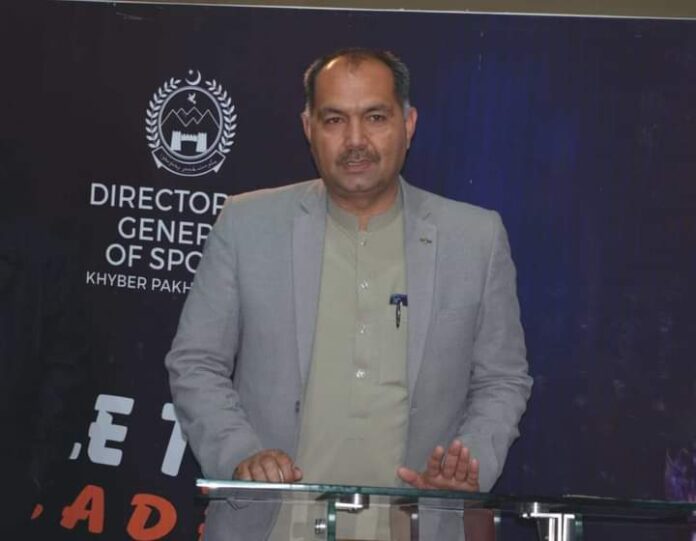 Director General Sports Khyber Pakhtunkhwa Khalid Khan Sunday said that all the Paralympic Athletes who excelled at the provincial, national and international levels would be honored in an award ceremony to be held on Monday (June 27) at 5.00 pm at Lala Rafique Sports Arena.

Talking to the media men, DG Sports Khyber Pakhtunkhwa Khalid Khan said that the prestigious awards would be given to all Paralympic Athletes who have shown outstanding performance at national and international levels.
Khalid Khan disclosed that the Paralympic athletes who remained as part of the Games conducted by Directorate General Sports for Persons with Different Abilities at the Inter-Provincial and National levels would also be honored with awards.

He said, Secretary Sports Tahir Orakzai would grace the occasion as chief guest and would distribute the awards to the players. He said that the Directorate General Sports Khyber Pakhtunkhwa is going to have first ever award ceremony in the history of people with different talent.

He said that the provincial government was paying full attention to the people with different abilities and besides providing them opportunities to play, various training camps and awareness seminars have also been organized.
DG Sports Khalid Khan said that under the Adopted Sports Program, a three-day summer training camp was also organized at Nathiagali for the people of different abilities to overcome social barriers and build self-confidence.

He further said that the players who will be awarded the awards include all the national and international players of Khyber Pakhtunkhwa and merged tribal districts.

He said a total of 33 athletes would get their awards on winning medals at national and international levels in tennis, powerlifting, table tennis, crutches races, badminton, running, athletics, basketball, blind kicking, archery, etc.