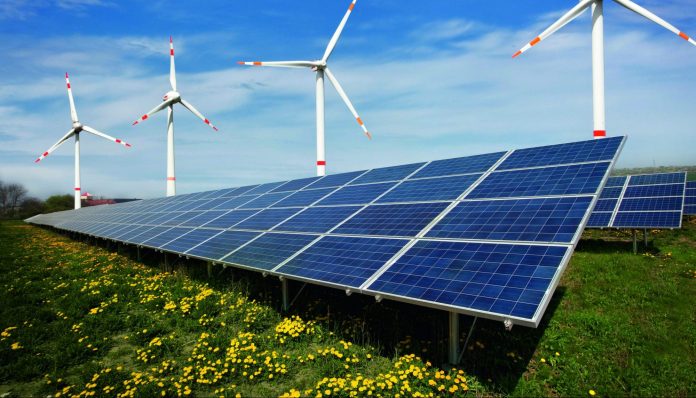 ISLAMABAD: Chinese companies manufacturing solar panels will have to play a crucial role in the generation of Alternative Renewable Energy (ARE) in Pakistan.

At the moment, according to a market survey, more than 90 percent of solar panels and other related equipment are being imported from China.

In a recent interview, former Prime Minister Shahid Khaqan Abbasi said, “solar is very critical to Pakistan’s need today” and added, “I am expecting that China, which has the most experience in the world in solar, will come to Pakistan and help the country get more sustainable energy”. He also welcomed more Chinese companies to come to Pakistan and establish solar panel manufacturing plants in the country.

Pakistan targets an on-grid Alternative Renewable Energy (ARE) generation mix of 20 percent by 2025 and 30 percent by 2030, adding the policy targets the development of ARE projects mainly on competitive bedding, unsolicited mode limited to G2G and new technologies.

Pakistan has a population of over 225 million. Approximately 88 percent of the population has access to electricity while 12 percent remains un-electrified. The annual per capita electricity consumption in Pakistan is around 550 kWh as compared with the world average of 3,081 kWh per capita.

National Electric Power Regulatory Authority (NEPRA) approved Indicative Generation Capacity Expansion Plan (IGCEP) 2021 with demand supply projects till 2030. Under IGCEP, the current installed capacity of 34,776 MW will become 61,112 MW by the end of 2030. Apart from the committed pipeline projects, the IGCEP requires an addition of 10,062 MW of ARE capacity by 2030.

In order to encourage the production of renewable energy in the country, the government announced on Friday sales tax exemptions on imports of solar panels and their distribution.

Presenting the budgetary proposals for the next fiscal year in the National Assembly on Friday, Pakistani Finance Minister Miftah Ismail said that the energy sector has pivotal importance for the people as well as the industries and trade in the country, adding that at the moment fuel prices were skyrocketing, which made thermal energy expensive. “For these sectors and the people we gave an additional subsidy of 214 billion rupees,” the minister noted.

The Finance Minister proposed tax exemption on import and local supply of solar panels. He said soft loans from banks will be arranged for the people who consume less than 200 units of electricity to purchase solar panels.

The previous government of Prime Minister Imran Khan had imposed a 17 percent general sales tax. The imposition of taxes on solar panels has received criticism from different quarters.

Earlier in May, Prime Minister Shehbaz Sharif announced the reversal of the decision to tax the solar panels, which will be implemented in FY23.