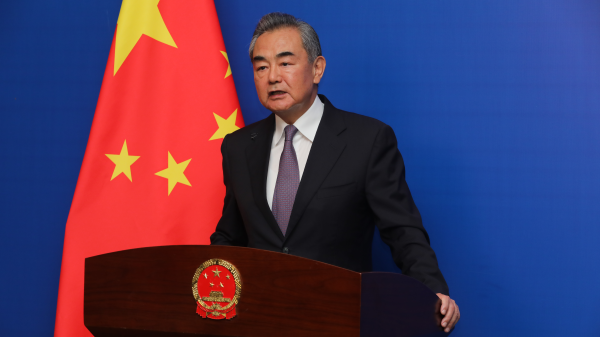 Wang made the remarks during an online symposium organized by the Chinese People’s Institute of Foreign Affairs on the 99th birthday of former U.S. Secretary of State Dr. Henry Kissinger.

Wang stressed that building an interconnected, diversified and inclusive world is a shared responsibility of both China and the United States.

“If the United States only defines its relations with China in terms of major-country competition and sets its policy goal with ‘win or lose’ mentality, it will only push the bilateral relations into confrontation and conflict and the world into division and turmoil,” he said.

China’s overriding task is to concentrate on its own development and satisfy its people’s aspirations for a better life, he said.

In an era of upheaval and change, mankind needs a new diplomatic philosophy of peaceful coexistence and win-win cooperation, he said, calling on the U.S. to take actions to inject positive energy into China-U.S. relations.

At the symposium, attendees reviewed Kissinger’s efforts toward developing China-U.S. ties and discussed ways to strengthen the bilateral relationship.