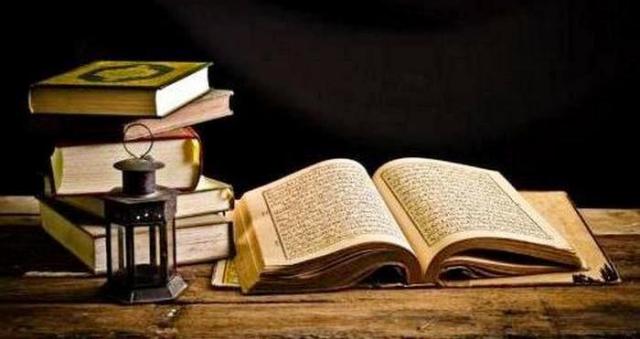 Taqlid in religion originally means deferring to expert opinion. Deferring to expert opinion is unavoidable in all walks of life. Life is way too short to learn everything. A specialist in one field – law, for example – will of necessity consult and rely on experts in all other fields – medicine, construction, education, economy, and what not. Religion being no exception, it is natural for anybody who does not hold a qualified opinion on a religious matter to ask the expert. In religion, as in any other field of life, there usually is more than one set of experts who differ in their opinions (sometimes drastically so) depending upon the issue at hand. The difference in religious opinions could be handled as one would handle differences in opinions on the more worldly matters. There is one complication, however.

In parlance, the word ‘Taqlid’ is used to refer to wholesale conformance to a jurisprudence school, no questions asked. So that one must stick without exception to one madhab (jurisprudence school) or the other, on all matters, no matter how peculiar and unreasonable the verdict of that school may be on that issue. Now, it would be obvious to anybody who knows anything about the various schools that there are countless issues on which one school makes infinitely more sense than the other. But taqlid requires that one must not pick and choose from opinions offered by the various schools. This insistence on sticking to once school is supposed to prevent the so-called fatwa-shopping – where one searches for the most convenient solution to a problem, no matter which school offers it.

According to a maxim held in high esteem by many Muslims, taqlid (in the narrow sense described above) is mandatory for non-scholars but is forbidden to scholars. The second half of the statement could not make more sense. Surely a scholar, or even a qualified student, cannot be expected to give preference to a particular imam’s (or school’s) opinion when he knows that some other opinion is more in line with the Quran and the Sunnat. The only human being whose opinion (if there is no doubt regarding the authenticity of its transmission) cannot be questioned is Prophet Muhammad (peace be upon him). All other opinions will be subjected to the utmost levels of scrutiny, and the worth of any opinion will be gauged by the degree of its reasonableness and conformity to sources of religion rather than who it comes from. While this part of the maxim is sound, many scholars have traditionally failed to live up to what was required of them, each one choosing to blindly follow one jurisprudence imam or the other; in many cases even when there could have been no doubt that that imam’s opinion (in a certain matter) left much to be desired. There is no denying the numerous invaluable contributions from all jurisprudence imams; but surely, that hardly makes any of them infallible. Many scholars, in their devotion, have been guilty of overlooking this fact.

To return now to the first half of the maxim, there are two problems with it. Firstly, unlike many religious systems, in Islam there is no hard and fast distinction between scholars and non-scholars, or clergy and laity. Where to draw the line between scholar and non-scholar is not at all easy to decide. It is not at all a binary question. Islam is everybody’s business, and it is not supposed to be followed blindly by anybody. For sure, understanding of an Abubakr or an Umar ibn Khattab or a Muadh ibn Jabal would naturally be at a different plane altogether from that of a Bedouin; but no two Bedouins are exactly alike intellectually. Therefore, even a Bedouin, in a manner of speaking, is supposed to exercise his best judgment according to the intellectual resources at his disposal. Anything to the contrary would be unnatural and therefore contrary to the spirit of Islam.

Imagine a man totally unequipped with knowledge of the Arabic language. He naturally has no option but to understand the Quran indirectly – that is, through a translator. But he would still be well-advised, if he has the time and the interest, to compare two different translations and see which one – in his best judgment – makes more sense than the other at a particular place. There is no reason for him to be compelled to restrict himself to follow one translation from cover to cover to the exclusion of all others, any more than a sick man (similarly unqualified to come up with independent expert opinion on his illness) should be stopped from consulting multiple doctors and gaining whatever knowledge he can on the issue so that he can make up his mind about the best course of action for himself. It would be unnatural to expect a man to follow expert advice blindly and indifferently when the matter is life-or-death, or even more consequential.

The second problem with the first half of the aforestated maxim is that it is nobody’s business to assume that a man would necessarily be dishonest with himself and would therefore succumb to the temptation of fatwa-shopping. It is true that many people deceive themselves (and others) all the time, but nobody is entitled to make such negative expectations of others the basis of a policy such as this. When a man chooses one of the many alternatives available to him in a matter that belongs to a grey area so to speak, let nobody presume him guilty of being dishonest with himself. Some things are best left to the Almighty – the sole Judge of intentions.