Neither loan nor loot

Indebtedness has not led to development, but corruption 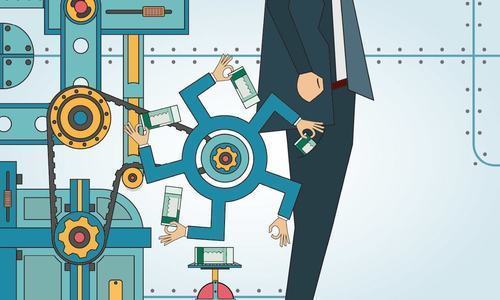 Yesterday during discussion with a major construction group, one of the Directors mentioned that they work with their own limited capital, they neither borrow nor earn interest on their reserves. In other words they follow ‘interest-free finances.

I was not surprised to hear this, and in fact I praised their strength as their wealth was genuine and earned. It reminded me of my father’s strict adherence to this principle. When the flood gates of debt were opened during the Ayub regime many were opposed to this unnatural, so-called fast-track development that opened the gates of quick money and corruption.

Borrowed money is usually misspent and consumed as if there is no payback time. Coming from a family of upright and honest entrepreneurs, I could feel the agony in their lives created by this artificial injection of interest-bearing borrowed wealth. Till October 1958, the family were leaders of the watch business with import licenses and retail outlets. Instead of the lure of debt, they decided for an honest living. Only one string of the family remains in the business of the ancestors. Following the principles of honest hard work and interest-free money, this fourth generation family member has built a thriving business of manufacturing Wall Clocks.

It reminds me of the famous line quoted by my college friend Asif Khosa, the former Chief Justice of Pakistan (CJP), ” Behind every fortune there is a crime “. In his historic judgement that disqualified the three-time Prime Minister of Pakistan he mentioned the Sicilian Mafias and the Godfathers.

It is wisely said, ” All that glitters is not gold “. This artificial shine of loan and loot is in fact a mirage that has kept the people of Pakistan entrapped for several decades, it is time to unshackle ourselves and rise as a free nation.

As the country today faces a serious debt trap it is time to re-evaluate our money management practices. A nation that relied on its own resources till October 1958 before the first dictator took control today is a debtor that cannot even pay interest on its loans. Where has all the money disappeared?

I read an interesting clip which narrated a man-eating incident in the African state of Congo. The French Ambassador was trapped by cannibals while hunting in the forest. When the news of his feasting reached Paris, the government demanded compensation for his death. As the impoverished nation was unable to pay, they offered in return the sacrifice of their Ambassador in France as compensation. Loans, corruption, and money laundering have taken place in the land of the pure. Billions of un-earned dollars and expensive properties abroad are owned by the elite for which the money trails do not exist. Muhammad Bin Suleman (MBS) the Crown Prince of Saudi Arabia, adopted a unique approach for recovery. He rounded all the princes in a five-star hotel and kept them there till they were willing to part with their loot. Those who paid back were let go.

We, the first freeborn generation of Pakistan, have seen the motherland at the crossroads several times in our sojourn. As a five-year-old child in Octobter 1958, I stood with my father on the Mall Road waiting to receive the the Long March of the leading Muslim League leader of his times, Khan Abdul Qayyum Khan. Instead he was arrested at the Ravi Bridge and taken to the dungeons of the Lahore Fort. Instead of a democratically elected government, the country had to endure ten years of dictatorship.

Then around 1962, we drove to the Railway Station to pick up our special house guest. Dr Anwar Iqbal Qureshi, my father’s uncle ( Khalu ) had the unique distinction of being the first Indian to attain PhD in Economics from Trinity College, Dublin. He had retired from the International Monetary Fund (IMF) and was invited by the President for an advisory position.

After dinner he talked about his fast-track debt-based development model. My father did not agree with his approach. He warned Dr Qureshi of the dire consequences of an interest based financial model. Being an honest upright entrepreneur he believed that money should be first earned and then spent. According to him, easy money would be misspent, resulting in corruption and defaults. The President with the help of IMF experts embarked on a journey that has brought us today at the brink of bankruptcy. Today, my old man stands vindicated. About his own journey he wrote that ‘ I am proud of my upright existence and life of honesty and integrity ‘.

In 2022, now after almost six decades, it is payback time. Pakistan stands at another crossroads in our lifetime. As a nation we have to come out of this debt trap by ending this era of loan and loot. All expired loans must be recovered, no more extensions allowed or restructuring allowed.

According to Dr Matin Mian, the Economist, only in Dubai the value of real estate owned by Pakistanis is around $10.6 billion: then there are properties in London and other important cities of the world owned by the elite of the country. This pomp and show on borrowed or looted wealth cannot continue any more.

After recovery of outstanding loans the focus should then shift on expensive real estate. Money trails should be sought. Property ownership details should be published and their confiscation pursued. Debt is death for a nation. This luxury at public expense has now become intolerable. As a nation we must re-learn to live within our means

Ayub Khan celebrated his Decade of Progress in 1968 but it proved to be the beginning of his end. It was indeed the best and the worst of times. Finally in March 1969 he had to step down due to street protests. Then there have been several lost decades since 1985 where the loans and the loot has spiralled out of control.

We lost control of our finances under the first dictator and with it our sovereignty was also compromised. Freedom is incomplete without financial independence. There are no shortcuts to real success. Let us recover the loot and get rid of the loans to start breathing again. No more ventilators, we desire to succeed not just survive.

It is wisely said, ” All that glitters is not gold “. This artificial shine of loan and loot is in fact a mirage that has kept the people of Pakistan entrapped for several decades, it is time to unshackle ourselves and rise as a free nation.

Independence Day: A day of introspection

Pakistan came into being on 14 August 1947, despite incessant opposition by Indian National Congress and her allies. At its birth Pakistan was faced...
Read more
Comment

The Taiwan crisis will be a flashpoint between China and the USA. China considers Taiwan its territorial part, while the USA has long maintained...
Read more
Comment

Pakistan’s history is witness to the hard fact that whenever the political processes are animated; it is the civil society which suffers at the...
Read more
Editorials

PTI’s 13 August gathering was originally billed as an “impressive” show of power where Imran Khan would announce his party’s future strategy. With the...
Read more
Editorials

“If you don’t stick to your values when they’re being tested, they’re not values; they’re hobbies.” The kerfuffle over the revocation of the NOC...
Read more
Letters

Dadu used to be famous for its political and social activism. But, like rest of Sindh and the whole of Pakistan, this social and...
Read more

August 14, 2022
The Taiwan crisis will be a flashpoint between China and the USA. China considers Taiwan its territorial part, while the USA has long maintained...