I only echo the voices of thousands who sounded the alarm before me, but then again it cannot be said enough. America is facing unprecedented social and political peril. 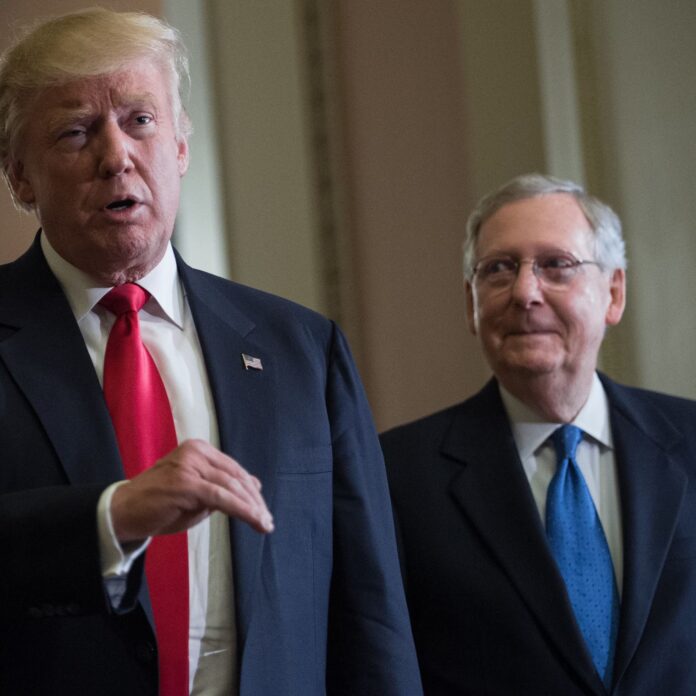 Since Trump rose to power in 2016, my concerns about the future of America have only been gravely compounded. It never occurred to me that after 240 years of a successful experiment in democracy and the development of solid democratic institutions based on the will of the people, we would face such unimaginable social and political peril. President Biden has made significant progress in addressing some of these issues that have plagued us, especially in restoring America’s global leadership. That said, the prognosis for the mid-term elections suggests that the Republicans may well take back both the House and the Senate, and the possibility that Trump may run again and even win in 2024 should send shivers down the spine of every concerned American.

Beware America
It is not that I want to rehash the past, but what happened to America during Trump’s presidency continues to have horrifying implications as to where America is heading. Was it even conceivable that a thoroughly corrupt racist, who failed to win the popular vote, was impeached twice, lost reelection, conspired to reverse the result of a legitimate and fair election, and instigated an insurrection to seize power, would still unfathomably remain in command of his party? If this is not a terrifying prospect, what is?

To be sure, the Republican party has slipped into a bottomless pit of political sewage. What does it say about the party that chose him? This is a party that has long since lost its moral bearing, a party that put its own interest above that of the nation, and a party that blindly followed an imposter and a liar only because he is shameless, bold, and crude, and served the party’s racist agenda. This is a party whose members seek the endorsement of a charlatan, a party that will stop short of nothing to regain power, including violence that will make the January 6 resurrection look like a mere rehearsal, which could lead to civil war.

The shortcomings of the Republican party are numerous, but it suffices to mention only a few to demonstrate how dangerous the party has become to the future of this nation.

Bigotry runs rampant
The Republican party is a bigoted party that embraces white supremacy, and being the minority party, it is terrified of the prospect that people of color will replace white America. Thus, bent on recapturing power, the party is enacting in every Republican state hundreds of electoral laws designed to deprive Black and Hispanic Americans of their right to vote through gerrymandering, voter ID laws, and other nefarious schemes that defy democracy. Racism is consuming America from within, and white supremacy, which has been allowed to run rampant, is poisoning America’s soul.

Carnage of Americans by gun violence
The Republican party refuses to pass gun control laws regardless of how many Americans are shot to death. Gun violence is destroying our youth, decimating families, and literally robbing this country of its future. Yet, knowing all this, the Republican party refuses to do anything to stem the tide of violence. Gun violence is now the number one cause of death for all children and teens between 1-19 years of age.

More than 120 Americans are killed every day by firearms. How many more mass shootings must we endure before the Republican party comes to its senses? At a minimum, we must move to ban assault weapons and implement universal background checks. The recent racially-motivated shooting in Buffalo where 10 innocent people were shot to death should shock the conscience of any decent American. Yet Republicans seem to be numb to this American tragedy; even when 20 children—six and seven-year-olds—were gunned down in their school in 2012, Republicans still refused to act.

Defying climate change to our peril
Another catastrophic failure of the Republican party is its refusal to acknowledge that climate change is real. The plethora of scientific evidence is indisputable and overwhelming, and denying climate change, which is already upon us, is tragic. As a result, we are now witnessing massive fires, hurricanes, an unprecedented rise in sea levels, droughts, and the destruction of coral reefs. Moreover, climate-related migration is rising due to increased flooding, storms, extreme weather events, and higher temperatures, while precipitating geopolitical instability.

Erin Pettit, a glaciologist from Oregon State University, is alarmed at how fast ice is cracking up in Antarctic. “It was hugely surprising to see things changing that fast,” said Pettit. According to the Washington Post, satellite imagery revealed long, parallel fissures in the frozen expanse. This is a calamity in the making, but the Republican party couldn’t care less.

Denying healthcare as a right
Another vile attitude of the Republican party is its position regarding universal healthcare. The Republican party never understood that healthcare is a human right. Everyone has the right to receive the healthcare they need. It is simply inconceivable that the richest country in the world provides no basic access to healthcare, which is central to the wellbeing of society, especially to children whose health directly impacts their mental development.

According to CEOWorld Magazine’s 2021 Health Care Index, the ten countries with the best health care are: South Korea, Taiwan, Denmark, Austria, Japan, Australia, France, Spain, Belgium, and the United Kingdom. It is disgraceful that the United States comes in 30th on the Index – behind Mexico, Greece, and Ecuador. One of the strongest arguments for universal health care is that it will foster a healthier population overall; a healthy population will be less prone to disease, and hence more productive and competitive, not to speak of the moral obligation that a responsible government must be guided by.

Usurping women’s right to choose
One more manifestation of the Republican party’s moral bottom is its treatment of women, especially denying them the right to abortion. Here we have white haired reactionary Republican men, controlling red states from governor’s mansions or legislative bodies, deciding what women can or cannot do with their bodies. How dare they? For 50 years they have been trying to reverse the landmark law Roe v. Wade ruling, and the Supreme Court, with a majority of conservative justices, is now poised to do just that.

This conservative-dominated Supreme Court is thoroughly politicized and the justices’ assumed impartiality gives in to dogma on hot-button issues, and lately they have been putting ideology above remaining faithful to the letter and the spirit of the rule of law. The Court, which is tasked to uphold the sacred right of every American, is becoming an instrument in the hands of the Republican party, which has manipulated the nomination and confirmation process in recent years to ensure as many conservatives on the Court as possible. The overturning of Roe v. Wade will not be the end of the conservative assault on women’s rights but only the beginning. We can be sure that laws limiting access to contraception, prohibiting same sex marriage, and denying the rights of the LGBTQ+ community will be next.

Trump’s grip on the Republican Party is a sad testament to the spinelessness of its leadership, the majority of whom still subscribe to his false claim that the 2020 election was stolen; in recent primaries, those who backed his claim were predominantly rewarded. The unfortunate fact of the matter is that even if Trump is not the Republican nominee in 2024, whoever is will in all likelihood be aligned with Trumpism and even transcend it by their extremely twisted conservatism, which rivals even the most backward extremists such as the Taliban.

A victory for Trumpism in 2024 will mean that this country will continue to see its democratic institutions and processes attacked and gradually eroded; toxic white supremacy will thrive and anti-immigration policies will be the order of the day; environmental deregulation will continue apace, and economic inequality will keep soaring to new and unprecedented heights. America’s global leadership will evaporate and spell the end of the country as we know it. Trumpism is literally poison that will destroy this country from within if it is permitted to grow.

If the Republican party in its current ideological makeup ends up in control of both Congress and the presidency, it will be to America’s everlasting shame. It will be a confession that we have lost faith in our Constitution and in this Republic. The noble principle of electing a government of the people, by the people, and for the people will tragically vanish.

I am only adding my voice to the thousands who preceded me. No one can say we were not warned. Beware America; time is running out. If we do not act now, it will be us who wrote the obituary of the American dream.