Implications for the regional stability 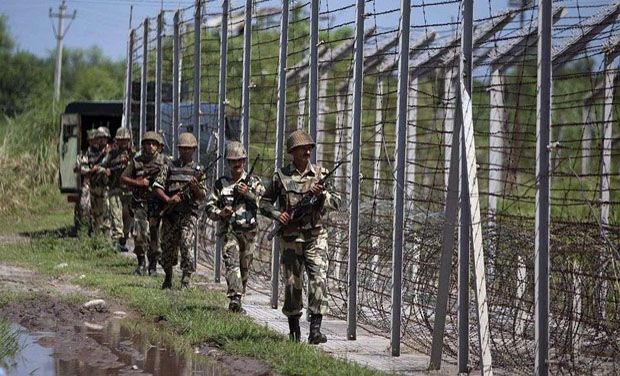 Indian army’s land warfare doctrine has focused on enhancing capacities to cater to multi-front threats. According to the doctrine, India would timely ensure the augmentation of forces on eastern and western fronts while guaranteeing effective deterrence. India is focusing on enhancing strategic mobility by quick mobilization of integrated groups. India’s army is restructuring its force along the eastern and western fronts. The rebalancing and realignment of Indian troops can be identified by the recent shift of 6 divisions from the eastern border of Pakistan to the western border with China. In his interview in 2021, col Ajai Sukla mentioned that Before India China stood off, the total number of divisions facing China was 12, and 25 divisions were installed at the India-Pakistan border. Keeping above details in view and their alignment with the recent decision, the ratio has now changed with the addition of 4 divisions on the western border in 2021 and 6 in 2022.  According to the above calculation, now the total number of divisions is 22 divisions on the western front with China and 15 divisions on the eastern border with Pakistan.

To handle its two fronts, India will increase its security cooperation with the US. America is still wary of Chinese actions in the Indo Pacific Region and has always remained receptive of keeping India as a counterweight to Chinese growth what Washington termed as expansionism.

Pakistan is exposed to this dispute in a cross-cutting way. The conflict escalation between China and India is detrimental to Pakistan as it would further reinforce Pakistan’s unpredictability in terms of India’s strategic behavior. Reinstalling troops from the border could be a bluff by India, as BJP’s government has always used security situations as a tool in their electoral discourse. An example of the 2016 surgical strikes of Uri was used as political fodder to serve the nationalist agenda. Similarly, the 2018 Balakot incident was also BJP’s attempt to extract electoral mileage, and the recent Bharamos incident has happened when elections are expected in Gujarat. Overall, Indian military and security posture towards Pakistan is linked with its electoral discourse, and this reinforcement should not be considered irrelevant. There are chances that Indian forces can provoke a clash at LOC if they suffer any setback along the Sino-India border. This distrust would trigger an action-reaction mode and further weaken the regional stability.  The Indian aggression is inbuilt by seeking the role of a regional hegemon, and to acquire this status, it focuses on both fronts. Indeed, the dispute in Kashmir can be understood through the Ladakh standoff. China has control over certain parts of Kashmir region including the Ladakh area and the overlapping Sino-India claims in Ladakh area has resulted in a deadly standoff.  During the Ladakh crisis in 2020, both countries reinforced their troops, engaged in skirmishes, and were on the verge of war. In 2021 both announced an agreement to disengage forces but failed to implement it. India has always receded from border agreements and this Indian military engagement portrays Indian aggressive posture in the region where India is mobilizing its forces to destabilize regional peace.

Although India has traditionally eschewed any participation by third party specifically in its dealings with China, nevertheless the old mantra of “common enemies can act as a unifying force “still echoes in Washington and New Delhi’s louder than ever before. To handle its two fronts, India will increase its security cooperation with the US. America is still wary of Chinese actions in the indo pacific region and has always remained receptive of keeping India as a counterweight to Chinese growth what Washington termed as expansionism.

India is also likely to anticipate further extending military arrangement with the US when it would face a well-armed, economically integrated ,  more technologically advanced and robust China. Recent US-India security partnership COMCASA and BECA and regional alliances like Quadrilateral security dialogue (Quad) are to reinsure India’s position in the region and this could be the reason for the Indian rearrangement along China’s border as India wants to handle its two-front war due to surety from superpowers. Previously Indian forces were not able to counter China’s advancement along the borders, however, now with security assurances, India could be of the view to handle its security situation. Overall Sino-India conflict is of concern for Pakistan, as Pakistan is an economic partner of China and any relocation of forces of border skirmishes will affect the security and economic situation of the region.

Sabina Babar
The writer is working as a Research Officer at the Strategic Vision Institute (SVI), a non-partisan think-tank based in Islamabad.