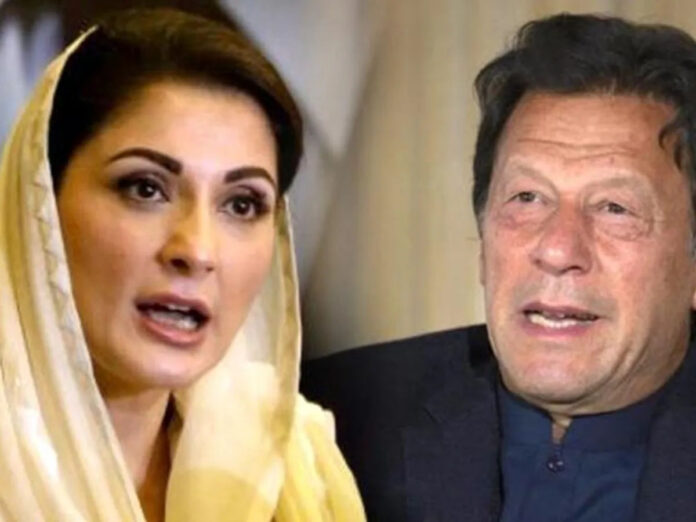 Pakistan is currently going through one of the most turbulent and unpredictable periods since it came into existence. The ouster of former Prime Minister Imran Khan at the hands of the PDM-PPP coalition through a vote of no confidence and the political crisis that ensued continues to deepen. The situation in Punjab is even worse following the ECP’s decision to deseat 25 PTI MPAs who voted in favour of Hamza Shehbaz for Chief Minister.

Additionally, the Supreme Court’s 3-2 decision on the PTI-backed presidential reference seeking interpretation of Article 63A of the Constitution has raised more questions than it answered, or  provided much clarity. By ruling that a dissenting vote by any lawmaker would not be counted, the SC has essentially made voting on important legislation or confidence/no-confidence votes redundant. That the dissenting judges have described the decision as a ‘constitutional amendment’ speaks to how consequential its impact will be on future parliamentary and legislative matters.

With the PML(N) and PTI at each other’s throats, and the latter planning a march to Islamabad while the former ramps up efforts to start filling up jails with PTI’s top cadre including Imran Khan; a mercurial situation is in play where civil unrest, chaos and violence cannot be ruled out. Such uncertainty cannot be left unaddressed by the establishment that prefers and makes sure it holds all of the cards at all times, no matter how bad the hand

It is perhaps a mere coincidence that only a day after the SC verdict, CJP Umar Ata Bandial took a suo motu notice of the “perceived interference in the independence of the prosecution branch” that may influence certain cases. The notice was supposedly in response to news reports, which were refuted later, about the FIA’s unwillingness to pursue a money laundering case against PM Shehbaz Sharif and his son Punjab CM Hamza Shehbaz Sharif.

Both father and son appearing in court yesterday while holding the offices that they currently do was necessary to dispel any concerns that attempts were being made to use these very offices and quash cases and investigations against themselves.

Back-to-back judicial hits for the PML(N) is giving rise to a familiar perception that the apex court is being overbearing in its judgements and therefore influencing the political trajectory of the country. This is somewhat similar to how the PTI felt wronged when the SC’s decision on Imran Khan’s unconstitutional attempt to stop the vote of no-confidence against him made no mention of the alleged foreign interference nor the ‘cypher’ that was being offered as proof.

Parallel to this, the economy is tailspinning into chaos with no reprieve in sight. The rupee is in perpetual freefall, breaking that crucial psychological barrier of 200, first in the open market and then eventually the interbank. It will continue to remain under pressure against the greenback over the coming weeks unless the SBP decides to intervene in the market with the limited reserves it has, an unlikely move, or the present government is able to restart the IMF deal and qualify for a fresh tranche.

There was a strong expectation that on his return from London, Prime Minister Shehbaz Sharif would take some tough decisions, chief among them being the revocation of the fuel subsidy initiated by the previous government. Not only has no such announcement been made, there is even less clarity over how the PML(N) government plans on addressing this matter where the exchequer is haemorrhaging taxpayer money.

Despite the tragic state of affairs, there is at least some positive development on the foreign policy front as Foreign Minister Bilawal Bhutto Zardari met with US Secretary of State Antony Blinken on the sidelines of a food security summit at the UN and has described the interaction as “productive, positive and encouraging”.

Repairing Pak-US relations— currently at an all-time low due to closeness with China and Russia and Imran Khan’s endless barrage of allegations of an ‘American conspiracy’ to remove him— is a crucial first step towards diplomatic stability. Better relations with the USA are essential to make the IMF more amenable towards providing the economic relief Pakistan desperately needs.

Foreign Minister Bilawal has carried himself well during this all-important first assignment, especially with regards to tackling complicated subjects such as Russia’s invasion of Ukraine and the previous government’s position on the matter. The fact that he defended Imran Khan over the unfortunate optics of him being in Russia on a bilateral visit on the day the war in Ukraine broke out, despite being fierce political rivals, displays a level of maturity and nuance that is commendable and welcome.

Whether or not the US warming up to Pakistan once again translates into much-needed dollars being released by the IMF, only time will tell, but until such a time, it seems the political temperature will continue to increase until and unless one of two things happens.

One, through some miracle, there is a sudden and drastic drop in international oil prices that coincides with an inflow of dollars from multiple donors and friendly countries, effectively solving many of the problems with the external account that has necessitated a ban on ‘non-essential’ imported items.

Second, the present government is made to step aside due to multiple factors, not least of which is a consistent, targeted but indirect interference in the running of government. This would force them to call early elections and an interim setup will be put in place made up of pre-selected technocrats whose sole objective would be to stabilise the economy.

Developments such as former finance minister Hafeez Sheikh arriving in Karachi after securing pre-arrest bail and a persistent delay in PM Shehbaz Sharif’s address to the nation, suggests that the second outcome is far more likely and plausible. In place for a short period of time with no political skin in the game, a caretaker government will be able to make the tough calls and take the public heat that follows.

However, if this arrangement is able to bring about improvement in macroeconomic indicators early on such as the rupee gaining some of its lost value and returning to under-200 levels, it could pave the way for it to stay in place for longer, even until elections are constitutionally due.

With the PML(N) and PTI at each other’s throats, and the latter planning a march to Islamabad while the former ramps up efforts to start filling up jails with PTI’s top cadre including Imran Khan; a mercurial situation is in play where civil unrest, chaos and violence cannot be ruled out. Such uncertainty cannot be left unaddressed by the establishment that prefers and makes sure it holds all of the cards at all times, no matter how bad the hand.