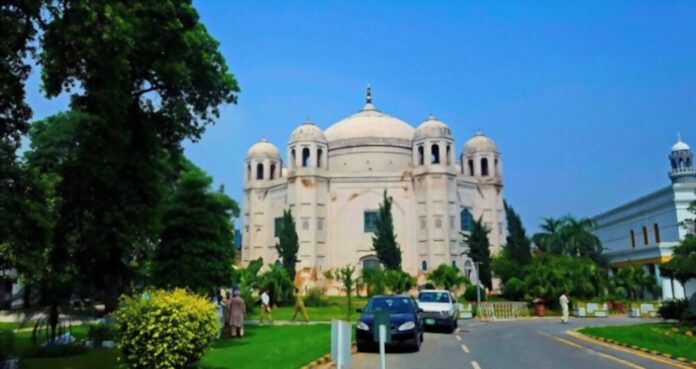 LAHORE: The Punjab government has made a massive reshuffling in bureaucracy and transferred 34 top officials, including secretaries and commissioners.

However, legal experts have questioned the massive reshuffling in the bureaucracy by the provincial government at a time when Shahbaz’s position as chief executive is in question after the Supreme Court’s decision on a presidential reference seeking interpretation of Article 63-A of the Constitution, which is related to the defection of lawmakers.

According to the notification, Ahmed Aziz Tarar, Director General of the Lahore Development Authority (LDA), the most powerful and resourceful department in the provincial administration, has been replaced by Lahore Commissioner retired Capt. Muhammad Usman who has been given additional charge of the authority.

It is to be noted that ever since the PML-N has formed government in Punjab, Usman has appeared quite active and has also been seen alongside the newly-elected CM in the different markets.

It is pertinent to mention here that the Chief Secretary (CS) and the Inspector General of Punjab Police (IGP) have not been removed although they were appointed by the PTI’s Buzdar government.

Sources in the CM’s Secretariat believed that the main reason for this could be both the Chief Secretary and the IG Police had fulfilled their responsibilities by following orders of the Lahore High Court during the election and swearing-in of Shehbaz.

On the other hand, the government in Punjab could not be made fully functional for the last one and a half months due to the failure to form a cabinet and the chief minister has been looking after government affairs without a cabinet.

According to sources in the Punjab Civil Secretariat, all the state affairs have been carried out by the Punjab CM, the chief secretary and secretaries due to the absence of ministers.