Speakers in Birmingham express concern over Indian atrocities in IIOJK 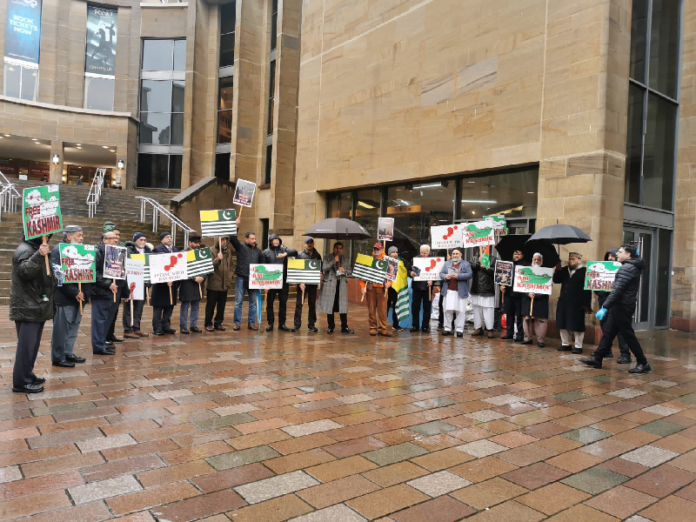 BIRMINGHAM: Speakers at a conference organized by the All Parties Kashmir Coordinating Committee in Birmingham, UK, expressed deep concern over the ongoing Indian atrocities in occupied Jammu and Kashmir and expressed full solidarity with the oppressed Kashmiris.

The speakers on the occasion drew attention of the international community to the ongoing Indian state terrorism in the occupied territory.

They said that serious human rights violations were taking place in IIOJK and basic rights of the Kashmiri people had been taken away. They added that India was issuing domiciles to non-state actors and massacring Kashmiris, especially the youth to destroy the Muslim majority identity of the territory.

The speakers said that India had illegally demarcated the occupied territory so that the Chief Minister of RSS could be imposed on Kashmir and further atrocities could be inflicted on the Kashmiri people.

They said that false cases were being registered against human rights activists and journalists and they were being arrested to suppress the voice of Kashmiris. They said that thousands of Kashmiris, including the leaders of the All Party Hurriyat Conference, were in custody and had been transferred to remote jails in India.

The speakers appealed to the United Nations and international human rights organizations to intervene in occupied Jammu and Kashmir and save the Kashmiris from Indian atrocities.