Kherson might ‘join Russia’ as Ukraine claims successes near Kharkiv 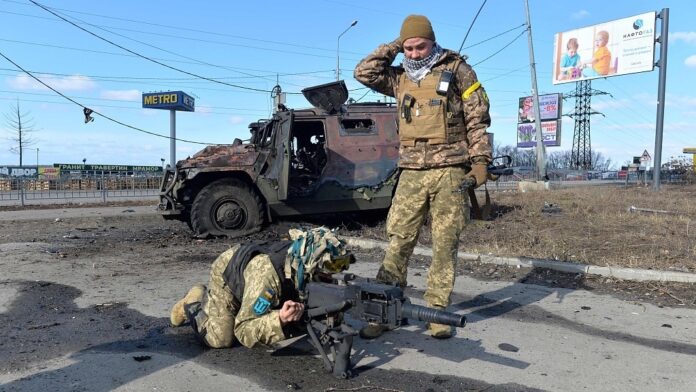 On the 77th day of the Ukraine conflict, officials in Russian-controlled Kherson said they plan to ask for the area to become a part of Russia.

Ukrainian forces reported battlefield gains in a counterattack that could signal a shift in the momentum of the war, while Kyiv shut gas flows on a route through Russian-held territory, raising the specter of an energy crisis in Europe. 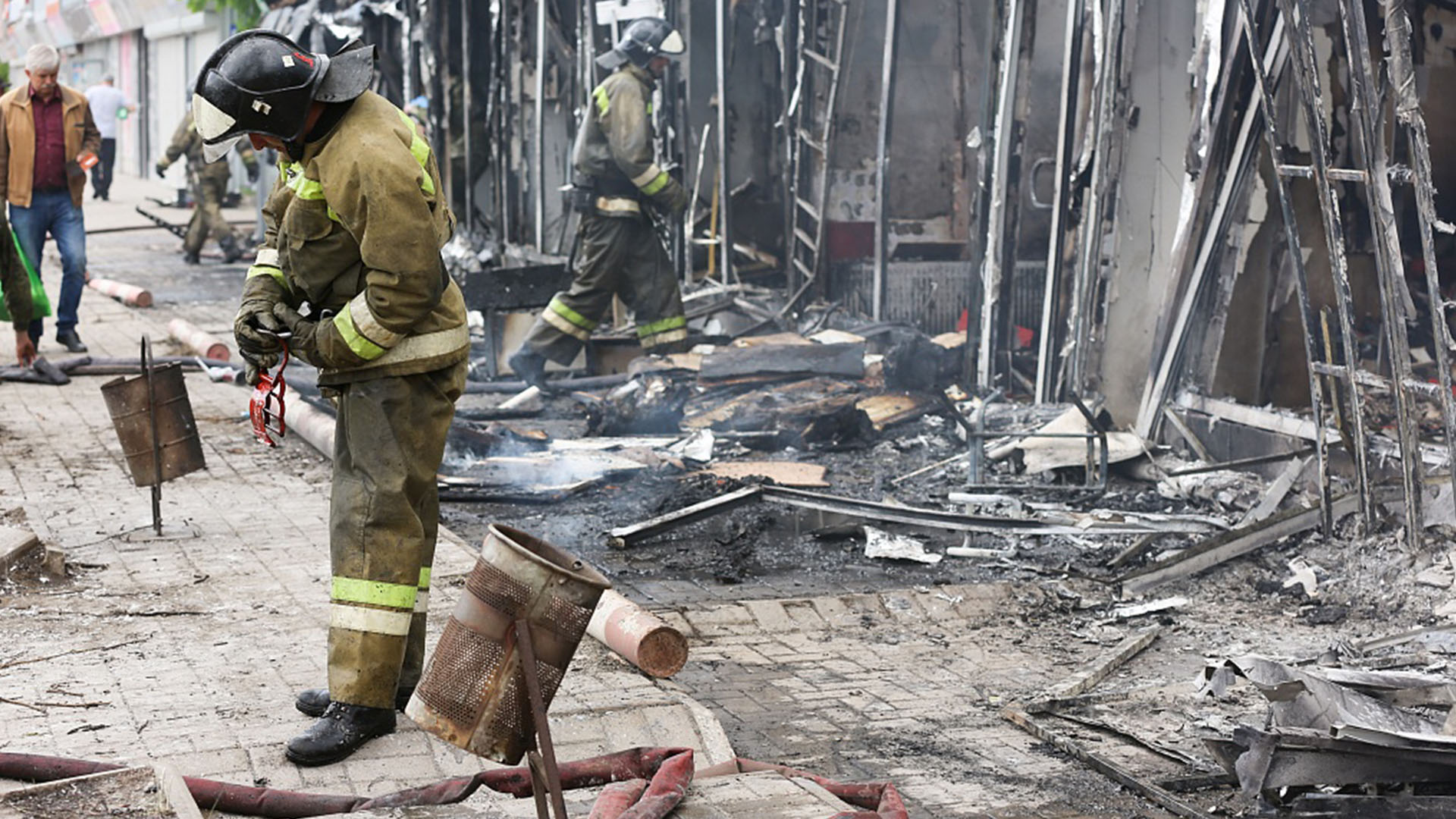 Officials in Russian-controlled Kherson, a city in the south of Ukraine, will petition the Kremlin to formally recognize the southern Ukrainian region as part of the Russian Federation, the state-run RIA Novosti news agency reported Wednesday.

“There will be a request to make Kherson region a full subject of the Russian Federation,” said Kirill Stremousov, an official from the region’s Moscow-controlled administration. 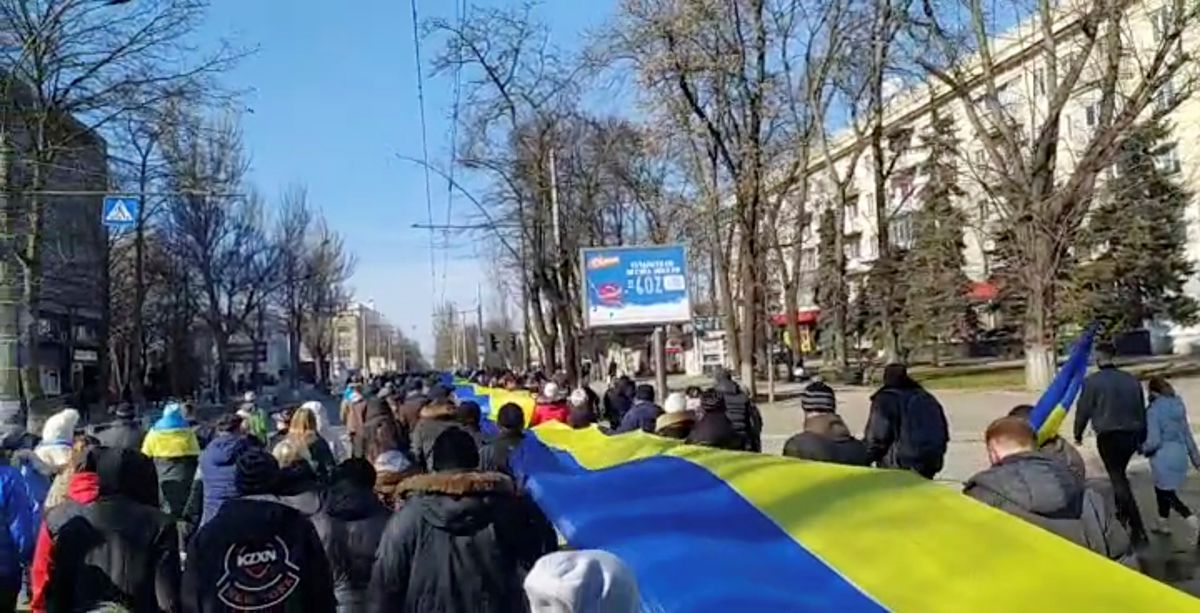 People carrying a banner in the colors of the Ukrainian flag as they protest amid the conflict between Russia and Ukraine, in Kherson, Ukraine, March 13, 2022./Reuters

In response, Kremlin spokesman Dmitry Peskov said that the decision would be “up to local residents” and the process would be “absolutely clear and legitimate”.

After calming full control over the Kherson region in late April, Russia replaced its Ukrainian leadership with a pro-Moscow “military-civilian administration” and introduced its own currency, media and internet services into the city.

If Russia aims to take southern Ukraine and establish a land bridge to Crimea, Kherson will be the key, the UK Ministry of Defence said on April 25.

Russia aims to hold a “so-called referendum” in the Kherson region, but the vote will be illegal and a sham, Ukraine President Volodymyr Zelenskyy warned on April 22.

Ukraine pushes back Russian troops in counter-offensive near Kharkiv

Following days of advances, Ukrainian forces were within several kilometers of the Russian border in the Kharkiv region on Wednesday morning, one Ukrainian military source told Reuters.

Ukraine also said on Tuesday its forces had recaptured villages from Russian troops north and northeast of the city of Kharkiv, pressing a counter-offensive that could signal a shift in the war’s momentum and jeopardize Russia’s main advance.

In Vilhivka, a village east of Kharkiv held by Ukrainian forces, the thump of near constant artillery and swoosh of multiple rocket launchers could be heard from fighting at the front, now pushed substantially further east, where Ukraine has been trying to capture the banks of the Donets river and threaten Russian supply lines on the far side.

In Washington, top U.S. intelligence officials said the war was at a stalemate. President Vladimir Putin appeared to be preparing for a long conflict, and a Russian victory in the Ukraine’s eastern Donbas region might not end the war, Director of National Intelligence Avril Haines said.

But the counterattack near Kharkiv could signal a new phase, with Ukraine now going on the offensive after weeks in which Russia mounted a massive assault without making a breakthrough.

Wednesday’s separate move by Ukraine to cut off Russian gas supplies through territory held by Russian-backed separatists was one of the first times that gas shipments to Europe have been directly affected by the conflict.

Gas flows from Russia’s export monopoly Gazprom to Europe via Ukraine fell by a quarter after Kyiv said it was forced to halt all flows from the Sokhranovka transit point in southern Russia, because Russian-backed separatists were siphoning supplies.