Cosmetic measures will no longer be enough 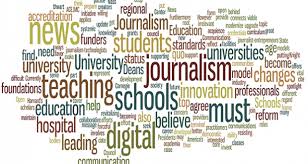 In post-industrial societies, where events and occurrences revolve around information. Mass media plays an effective role in the AREA of constructing and deconstructing social realities. Be it politics, terrorism, elections, and morality, seminal linuistician Noam Chomsky argues, consent is being built all around, all the time.

He also cautions that the consent on democratic values, choices, and the right person to vote are also constructed, propagated, and injected in the minds of naïve individuals with the help of media discourses which works as a propaganda machine. The war of narratives between government and opposition blocs is nullified or justified by media discourse.  Similarly, the ideologies, demands, and recommendations of the powerful elite are constantly injected in the minds of individuals to construct their consent towards what is being propagated.

Louis Althusser, a French Marxist philosopher, argues that in the era of a media-driven society, interpellation is playing a devastating role in society in which we have lost our individualities; we have been dealt with as a subject. We are not free in choices. Our ideas and choices are shaped timely.

Additionally, Althusser criticizes that media is used as an ideological state apparatus through which ideas, ideologies, beliefs, political discourses, and narratives are constructed, shaped and deconstructed. There is, similarly, a great deal of interest among the several blocs of power to shape the consent of masses for maintaining and sustaining their narratives vis-à-vis quid pro quo.

The bitter irony, however, is that in the Pakistani socio-political landscapes, we not only can observe the distortion of information, but we can also see the construction of a biased political narrative. One news channel is supporting the government side while the other is following the opposition without concern for the actual issues and realities. No one can deny the fact that in the epoch of information, those who are naïve in the field of critical discourse and intellectual narrative get entangled in the quagmire of political confusion and social uncertainty owing to media narratives.

Today, there is a hullabaloo in the Pakistani sociopolitical culture. The actual sense of democracy has been lost in Pakistan. We have been diverted from real issues. As we know Pakistan has been confronting myriad problems.

In this regard, the conundrum of Balochistan is unprecedented. The puzzle of Baloch insurgency has not yet reached any solution. Day by day, their attacks and activities are enriched and become more lethal.

The incident at Karachi University, executed by the Baloch female suicide bomb blast, is a wake-up call for state, its policy makers, its security analysts and strategists, and its media giants. This incident put a question mark over state- policies in Balochistan and warn that neither the military operation is the solution of Baloch conundrum, nor is a media blackout a sound and prudent strategy anymore.

There is a viable way forward to appease the Baloch youth and push for a break in the fast-growing insurgency. It is imperative that the policy-makers decide on the change of approach towards Balochistan. The foremost step to be taken on the media front, is the representation of the real issues of Balochistan until they are addressed completely.

The ground realities should be studied and uncovered now. In this regard, the media could play a vital role by depicting the real picture of Balochistan and its issues. Externalization of the Baloch issue is not the solution of the Balochistan conundrum anymore. All state institutions, the educated and intellectual class, media personnel, are responsible for today’s scenario 5n Balochistan.

As we know that Balochistan has and has been confronting a military operation since the inception of Pakistan, but still the socio- economic realities and political circumstances have not witnessed any but minimal alteration. This minimal change does not suffice the grievances of the Baloch population in general and the youth in particular. As a result of counter-insurgency manoeuvres, Balochistan is heading to a point of no return.  According to the 2020 Pakistan Economic Survey, The Pakistan Bureau of Statistisc 2021, World Bank 2018, Balochistan is confronted with multifaceted health, education, and socio-economic challenges.

The reported and highlighted cases of Baloch missing persons further complicate the dilemma of Balochistan and add fuel to the fire of insurgency there. According to Voice of Baloch Missing Persons (VBMP), there are 15,634 reported missing persons in Balochistan, which is of course a serious issue to ponder on. The camp of Voice for Baloch Missing Persons is now the largest sit-in camp in the history of the political struggle in the country, yet with no good results. Over the last two months, a total 124 Baloch students have been reported to have gone missing at the hands of unknown perpetrators. Among these are students from Capital-based Quaid-I-Azam University and NUML.

The majority of the students, afraid of being abducted, did not go to their hometowns for Eid and continued protesting in front of National Press Club Islamabad for their missing friends. However, their fears and slogans remained limited to the social media accounts and got no coverage on the mainstream media. Besides, the negative portrayal of Baloch issues on the mainstream media further widens the gap between the two and end up in further division on the basis of ethnicity. Similarly, linking the insurgents groups’ issues with the Baloch missing person issue is also not a prudent sign. However, it is a prime responsibility to the state-backed mainstream media to show or uncover the real issues in this chaotic situation where China is reviewing its Mega-projects in Pakistan.

Concerning the representation of the real and actual issues in the society, a UK-based Marxist, Stuart Hall, asserts that the media serves the interest of a particular class and group by ignoring the peripheries. The selection criteria of the media to include an item is based on the viewership that counts to a larger population. With a population of 12 million, Balochistan is less likely to attract the attention of the vast majority who do not share the issue.

In such a case, the misrepresentation turns the ignored population into an alien population that can be brought under any narrative, be it terrorist or otherwise. Not to mention the censorship and blackout to some of the pressing issues in Balochistan and Kashmir, due to supposed security reasons, further complicates the issue.  A layman’s approach and understanding about the neglected segments can easily be modified in whatever ways liked by the persons in the power corridors.

There is a viable way forward to appease the Baloch youth and push for a break in the fast-growing insurgency. It is imperative that the policy-makers decide on the change of approach towards Balochistan. The foremost step to be taken on the media front, is the representation of the real issues of Balochistan until they are addressed completely.

The issues of Baloch missing persons, lawlessness, uncontrolled inflation, lack of civilian governance, under-development, poverty, public health issues, potable drinking water, and unjust distribution of resources, need to be provided a credible representation in the mainstream media so that the government could addressed with a stern political will.  Using conspiracy theories of foreign involvement would only aggravate the issues by increasing the sense of deprivation to an apogee, never to return.

Muhammad Sharif
The writer is a freelance columnist

As children grow older, they undergo both physical and mental changes, which impact their overall development. Physical changes include weight and height while mental...
Read more
Letters

The ongoing conflict in Pakistani politics is getting worse instead of reaching a fruitful conclusion. Prejudice has permeated politics to such an extent that...
Read more
Letters

The term smuggling refers to the illegal transportation of objects, substances, information or people from one area to another. In order words, it means...
Read more
Letters

The unchecked illegal sale of cigarettes in Pakistan is posing a serious threat to public health and nullifying Government’s tobacco control initiatives. According to...
Read more

May 27, 2022
The term smuggling refers to the illegal transportation of objects, substances, information or people from one area to another. In order words, it means...