Bilawal urges PM Khan to opt for an ‘honourable exit’ 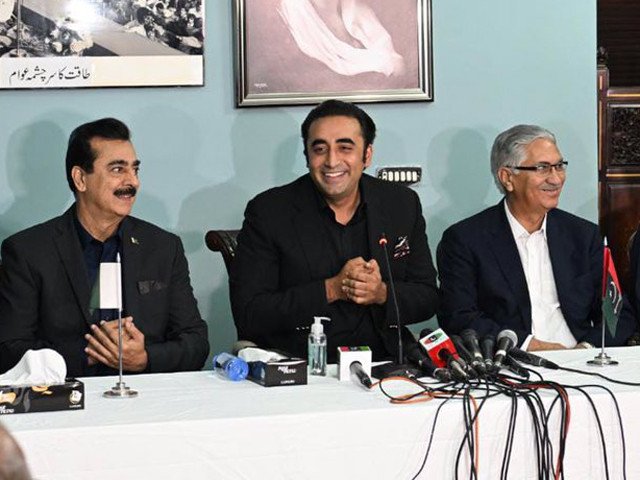 ISLAMABAD: Pakistan Peoples Party (PPP) Chairman Bilawal Bhutto Zardari Saturday urged the prime minister to opt for an ‘honourable exit’ instead of looking for an ‘NRO or backdoor route’ to save his government.

“Either resign or face no-trust motion in National Assembly,” said the PPP Chairman while addressing a presser here.

Bilawal said that people will have Sehri [pre-dawn meal] in ‘Naya (new) Pakistan’ and by the time of Iftar they will enter ‘old Pakistan’ as the first day of Ramazan will fall on Sunday (tomorrow).

He was referring to possible ouster of Prime Minister Imran Khan through the voting on no-confidence motion, which is to be held tomorrow in National Assembly.

Addressing the media in Islamabad, Bilawal said devils are being imprisoned in the holy month and the “devil of Bani Gala” [residence of PM Imran] will be confined as well.

He also expressed concerns over the PM Imran’s call for countrywide protests against opposition leaders.

Earlier today, the embattled premier urged the country’s youth to take to streets to hold ‘peaceful demonstrations’ against “foreign conspiracy” being hatched to topple his government.

“Raise your voice and stage protests against this conspiracy not for me but for the future of the country,” he remarked while addressing the youth on Saturday.

Bilawal said that there were reports that the “defeated” PM Imran would try to undermine the democratic process, adding that “goons” of PTI were heading to Islamabad ahead of no-trust voting.