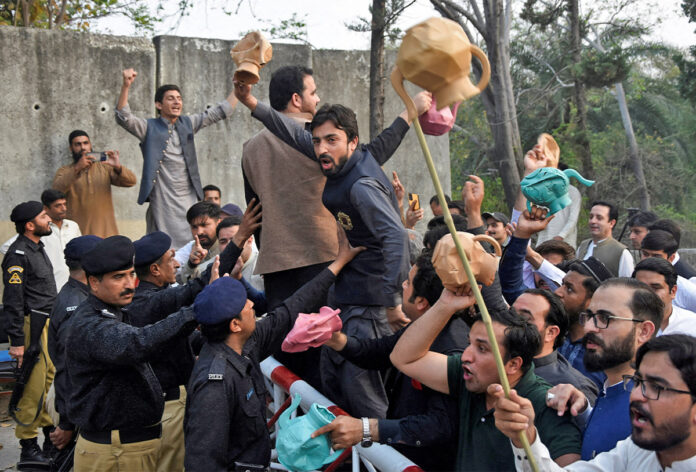 ISLAMABAD: Condemning the storming of the Sindh House as well as the protests outside the accommodation, Pakistan Muslim League-Nawaz (PML-N) president Shehbaz Sharif said the incident shows the no-trust motion has been adopted.

In a statement, he claimed such attacks are an attempt by the prime minister to create a civil war-like situation in the country.

“Imran Khan, on whose orders the PTI workers had attacked the Parliament House and other government buildings [during the 2014 sit-in], is now again in a ‘destructive’ mode,” Sharif said, and warned the government against taking the law into its own hands.

“The prime minister will have to pay for these incidents.”

In a tweet, she said: “They are doing everything possible to subvert the rule of law and the constitution in order to save their govt which has lost its mandate and MPs. Coercion of members will not help, nor will threats to the federation.”