US weakness and Russian fears have been key 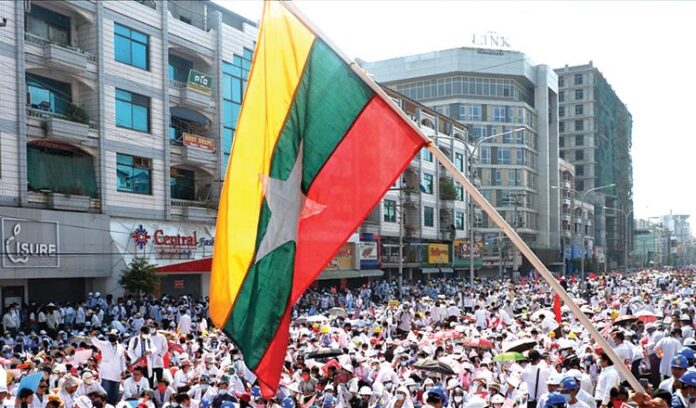 Those who have watched Money Heist, the famous cable show, can make sense of the prevailing crisis in Ukraine. In Money Heist, the professor, the main character, with his calculated, cautious, sophisticated, and surprising plan does the unthinkable, or ratherthe  unbelievable. Russian President Vladimir Putin seems to have trodden the same path— not once or twice but thrice, despite his weak state power.

First, he attacked Georgia, then annexed Crimea, and has now declared the two breakaway states to be Russian; President Putin seems to have calculated all the rewards and risks and has gone  ahead with the plan in spite of the inherent risks. Only time will tell whether his risks are worth the price he may have to pay.

While M. Putin deserves the blame for inviting the inevitable war, the west shares a big portion of the blame because his unending concerns over Russian security went unanswered. The National Atlantic Treaty Organization (NATO) which evokes the Cold War memory never became irrelevant after its purpose— to defeat the USSR— was no more. Worse, NATO expanded its membership from Poland to Lithuania and Latvia, which was, of course, against the unwritten agreement between the EU and Mikhail Gorbachev. Russia showed its discomfort at NATO expansion and its fear that one-day Ukraine will be part of the alliance. This situation is much more similar to the Cuban Missile Crisis in which the Soviet Union wished to supply a nuclear arsenal to Cuba, but the USA went bonkers.

Although Russia is an autocratic country where Mr Putin gets 96 percent votes, domestic opposition to the prevailing war cannot be ignored. Already 3500 Russians have been arrested; the situation is increasingly going against the status quo in Russia. After a rule of almost 25 years, Putin hasn’t lived up to his promises and the youth are feeling the heat of the deteriorating situation. Indeed, President Putin doesn’t want a shooting war. Therefore he has agreed to talks with the Ukrainians, but now he has to show flexibility and leadership because neither Russia nor the world is ready for another conflict

For a sober intellectual, the past seems not only quite disturbing but embarrassing as well. During the Cold War, regime change was a new normal. The USA could crush the opposition and install a puppet leader anywhere in the world from Iran to Cuba to Afghanistan and Pakistan. Its war crimes in Latin America, East Timor, Iraq, Afghanistan, Africa, and other parts of the world speak volumes about human rights and other hypocritical ideas the USA media bandies about now. One only has to read Noam Chomsky and Christopher Hitchen’s book on Henry Kissinger to understand how the USA killed people like flies who came in its way. Even Donald Trump in Bill O’Reilly’s show admitted that the USA cannot be called innocent— “There are a lot of killers. You think our country’s so innocent?”

The fact is that it’s been almost four years since the USA lost its unipolar moment altogether. The prevailing pandemic further precipitated its declining power. Add to these the cultural wars wreaking havoc on the US and western societies. Today, the USA has two competitors— China, a peer competitor, and Russia, which is not that significant for obvious reasons.

Since 2014, the USA has lost interest in Europe and focused on Asia, which is called the Asia Pivot. As a result, NATO, the EU, and to some extent the whole of Europe seemed fragmented, divided, and rudderless to Mr. Putin because of their dependency syndrome on the USA.  When the USA included all East European countries in NATO, Russia was in a position to object to it and Europe always listened to the US’s dictates. But as the Game Theory suggests, the game doesn’t end because today’s losers can be tomorrow’s winners, as the Kremlin has virtually shown in Ukraine.

Mr. Putin, apart from his legitimate concerns over Ukraine, had started a sphere of influence quite some time ago by his peacekeeping forces in Kazakhstan and moving to another region of South Caucasus, and then manipulating elections in Belarus.  While his demand of not granting EU membership to Ukraine is indisputable, a promise not to deploy weapons in the east of Europe comes as a deal killer. Worse, his plan hasn’t gone as expected because not only the EU but also Germany, which depends on Russia for its energy needs, has put sanctions on Russia and broken the taboo. As a result, the ruble has plunged 30 percent owing to higher sanctions.  Although three banks of Russia have been stripped of SWIFT, which is a world banking transaction system, if Russia invades Kyiv, there will be a risk of getting out of the world banking system that can make the whole state collapse .

While the USA is deeply concerned with the melting situation in Ukraine, the fact is that it cannot pick a shooting war with Moscow. The reasons are varying from strategic and domestic to the changing global dynamics.  Much more like the Second World War in which the former had to choose between Fascism and Communism, today the USA can either focus on Moscow or Beijing and it’s patently obvious that the USA has already rendered its western-laden obsession obsolete.  But nevertheless, the cost of letting Putin augment his sphere of influence seems too heavy.

For a start, the Ukraine crisis can be a test for the receding relevance of US dominance. Beginning with the embarrassing withdrawal from Afghanistan to chaotic handling of the pandemic, the USA has shown all signs of incompetence to be the global leader despite President Biden’s claims that “America is back.” While some analysts state that China has agreed to Russian aggression, if it were true, the former may want to see whether the USA prefers principle stand or realist policy. China finds it profoundly difficult to hedge its bets by siding with the Kremlin because it has a checkered history with the latter. The USSR did everything for Mongolian separation and supported separatist movements in western China in the past. Additionally, Beijing has good relations with Ukraine.

The Russian President seems to have calculated all the odds and till now is playing with confidence. What he hasn’t realized is that invasion doesn’t come with as heavy a price as the aftereffects do. Granted that Moscow can avert a total economic collapse, thanks to its almost $660 billion reserves, the issues are more complicated.

From Vietnam to Afghanistan and Iraq, the USA faced failure after failure given that it had no real rivals. Even a ragtag group like the Taliban brought the superpower to its knees. Ukraine is a dynamic country with its own economy, history nationalism, and intellectual contribution. The Ukrainian President has brought unity in his country and his approval rates have reached 92 percent from just 25 percent two weeks ago. For Russians coping with the domestic opposition will be in for a really trying time. The West can arm the local groups, which in effect can pose a potent threat for the Russians.

Although Russia is an autocratic country where Mr Putin gets 96 percent votes, domestic opposition to the prevailing war cannot be ignored. Already 3500 Russians have been arrested; the situation is increasingly going against the status quo in Russia. After a rule of almost 25 years, Putin hasn’t lived up to his promises and the youth are feeling the heat of the deteriorating situation. Indeed, President Putin doesn’t want a shooting war. Therefore he has agreed to talks with the Ukrainians, but now he has to show flexibility and leadership because neither Russia nor the world is ready for another conflict.