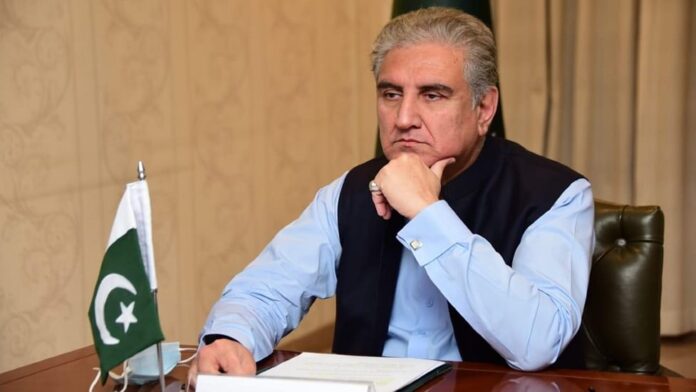 MULTAN: Foreign Minister Shah Mahmood Qureshi on Saturday said that the Pakistan Tehreek-e-Insaf (PTI)-led government under the leadership of Prime Minister Imran Khan would complete its constitutional tenure and the opposition’s wish for in-house change would remain a dream.

Talking to media here, the foreign minister said the opposition has been wishing in-house change for the last three and half year but it would remain their wish only.

He informed that he has written a letter to Pakistan People’s Party Chairman Bilawal Bhutto Zardari and Pakistan Muslim League-Nawaz President Shehbaz Sharif and sought their constitutional cooperation for establishment of South Punjab.

The foreign minister said that the PTI government is ready to share the credit of South Punjab province with PPP and PML-N. He hoped the leadership of both political parties would respond positively and in-writing.

Qureshi informed that he has mentioned different administrative steps taken by PTI for empowering South Punjab.

To another query about PPP’s tractor march, Qureshi said that it is political right of the PPP. He, however, hinted that the PTI would also move from Punjab to Sindh.

The foreign minister paid rich tribute to armed forces for fighting against the terrorists. The enemies want to stop the journey of progress but the armed forces are foiling their nefarious designs, he added.