Khan congratulates Tarin on achieving GDP of 5.37% in three years 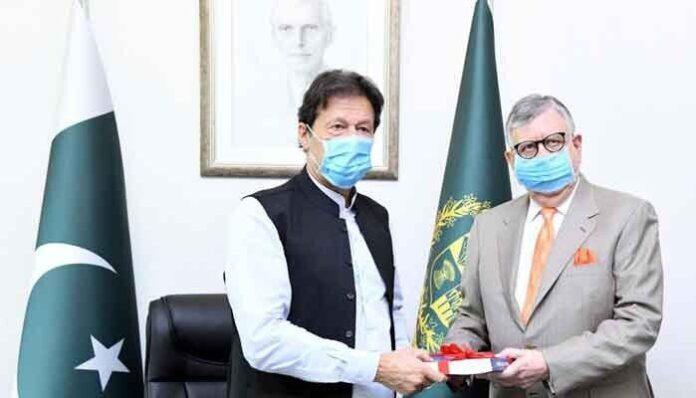 During the talk, Prime Minister congratulated the Finance Minister and his team on achieving the Gross Domestic Product (GDP) of 5.37% in three years, which led to creation of substantial jobs and rise in per capita income.

Prime Minister highlighted that international economic organizations like Bloomberg and the Economist have recognized Pakistan’s successful economic reforms and initiatives taken during the Covid pandemic savings jobs and lives.

Prime Minister stressed to the FM to initiate steps to ensure the economic well being of the urban lower and middle class population which has been affected by the imported inflation.

Prime Minister and Finance Minister have been regularly discussing the ongoing global commodity price super cycle which has adversely affected inflation and trade deficit in Pakistan.

Finance Minister has informed Prime Minister that the local food prices have been declining since December as reflected in the SPI. However, he is hopeful that the as soon as the international prices come off the pressure on imported goods will come down as well.