And the missing ‘I’ in education 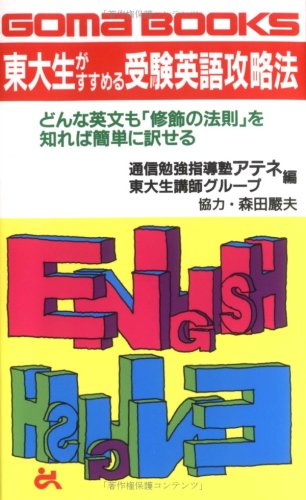 ‘Juken’ is Japanese for ‘examination’; ‘Eigo’ for ‘English’. During my years in Japan, every so often I had this exchange with the natives: By way of small talk, I would ask somebody if he knew any English. And he would reply: ‘Examination English, only.’ This is a proficiency level that lets you pass some examination, but which is useless when it comes to conversing or understanding literature. ‘Juken Eigo’, for the Japanese, is an exception, however, because they do everything else extremely thoroughly and productively. Stoics that the Japanese are, whether they do what they like or see to it that they like what they are stuck with is hard to tell from the results – that is the level of the commitment and honesty that they bring to whatever they do.

It seems to me that in Pakistan we take the ‘Juken Eigo’ approach to every field of study. We ‘learn’ many things but in a manner that does not let us be creative and add to the collective human knowledge. Leave alone discovery and research, our ideas of education do not even let us understand other people’s research or appreciate their creativity as it should be appreciated.

The responsibility for this must lie partly with teachers and the education infrastructure, for something must seriously be wrong with the way the whole education project is being carried out. Early on, some teachers discourage creativity on the grounds that the basics (of Literature, say) must first be mastered before students venture into creating their own stuff. In critical analysis, the instructors believe that the student must appreciate others’ work on its own merits before venturing into opinion. There is much to say in favour of this approach, but it is often overdone. The result is that the student often thinks it a sin to ever use the personal pronoun and this habit stays with him for a long time. With the ‘I’ thus eliminated, the whole learning experience becomes passive, with no contribution from the student. The active participation of the student is similarly missing in the more technical subjects as well, where it is mostly a matter of solving problems adhering to a rigidly set pattern; and where creativity is rarely expected, still less encouraged. Some spirited individuals do manage to give vent to their creative impulses but that is an exception rather than the rule.

The big elephant in the room however, which ensures that the ‘I’ remains missing in action, is the attitude of most students towards their subject of study. Way too often, when interviewed regarding the reason why a student chose to enrol in a program, it is either the desire of a parent (who could not qualify for a program and who has now made it his life’s mission that his son or daughter does) or the merit list that has decided his fate (it would be a shame not to grab with both hands an opportunity that others are so desperate to avail). Hardly surprising then that in place of passion for their subjects there is indifference, sometimes outright aversion. Any wonder that they cannot bring themselves to study any more than the bare minimum required to pass the exam?

Without a genuine interest, a man cannot become a qualified student, leave alone an expert of any subject.

It is not for no reason that academics are supposed to bring untold misery and pressure to bear on the students. It is true that hard work and competition can bring pressure on an individual, but that is not how it must be. Those who enjoy competitive sports would testify that the very same ingredients can bring a lot of joy as well. This is where encouragement in the form of early and frequent success is so important. And this is where the teacher’s role is so crucial. But no amount of hard work on the part of the teacher will suffice if the student, in his heart of hearts, would much rather be in Timbuktu instead.

There is this rich tradition of young women opting for MA English to appear busy while they wait for Mr Right. Men who have no luck in finding employment after graduation choose MA Political Science for this honour, even when they know that studies were never their cup of tea. An overwhelming majority of either group continues the tradition of never reading a single book barring those made mandatory by their instructors, and those to strictly on the ‘as needed’ basis. It is therefore not the least bit surprising when somebody having studied Nutrition (say) in college, leaves in practice no doubts whatsoever regarding the fact that she cannot tell her proteins from her carbs. Nutrition, to her, was a subject that needed to be passed; she passed it, and that was the end of that. All you need to do to get more examples is look around you.

A physicist in the West is not just a physicist during his office hours but is a physicist around the clock, because he lives what he studies. Unfortunately, the same is not true for us. The inimitable Shafiqur Rehman’s caricature of the desi science professor complaining that the milk yield of his buffalo had decreased owing to evil eye is not as much of an exaggeration of reality as it may at first sound.

The proof of the pudding is in the eating. Studies cannot be goals in themselves. They are meaningless unless they can be applied to life. That is possible only when those learning a subject are genuinely interested in it. This can hardly ever be the case when they are in the class only to please their parents or merely to pass an exam. Without a genuine interest, a man cannot become a qualified student, leave alone an expert of any subject.