Taking off the lid 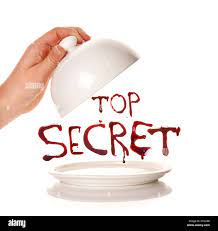 The Bulli Bai app, which gave the names and phone numbers, with photos, of over 100 Muslim women, was wrong on so many levels. The first was that it was anti-Muslim. The second was that it was on the Internet, and was thus a cybercrime. It was also cyber bullying. Finally, it was sexual, not because vulgar language had been used or vulgar photos posted, but by its very nature. The first and last aspects encapsulated what has become a trend in the BJP’s India, of giving a sexual tinge to the Hindu-Muslim problem.

The first approach was that a cybercrime was committed, and that women were harassed. It was also significant that they were not targeted for being women, but for being Muslims. Indian Muslim women already have more of an issue with purdah, and for the women who have achieved public prominence to be thus shamed, indicates that Muslim girls will be more restricted.

Underlying the app is the daily reality of cyber bullying that Muslims, men and women, must face in today’s India. Not just Muslims are under attack, but other minority religious communities. The recent clampdown on the Missionaries of Charity, the organization founded by Mother Teresa, which started on Christmas Day, is only the latest example.

That shows that the main concern is with conversion of Hindus, for the principal accusation is that Hindus admitted to their orphanages are made to convert to Christianity. One of the charges by the Sangh Parivar against Muslims is that they engage in something called the ‘love jihad’, whereby Muslim men marry Hindu women, and then make them convert to Islam.

It is almost as if the Indian people are now convinced that they are Hindus, and that the only solution for Muslims is the Final Solution

The other, that the Muslim convert to Hinduism, is not possible, because Hinduism does not accept conversion, mainly because of difficulties of adjusting the convert in the caste structure. The recent conversion of Waseem Naqvi, a former Chairman of the UP Shia Wakf Board, to Jitendra Narayan Tyagi was only possible because the priest carrying out the conversion adopted him into his own family. The real test will be whether he is accepted as a Tyagi by others.

Many Indian and Pakistani Muslims have retained their original Hindu castes, with the result that the Parivar wants them to return to Hinduism. That too would be problematic. When Shivaji, the great Marathi hero and posterboy of the BJP, who had grown up an untouchable, claimed Rajput origins (which would be more suited to someone to be crowned), he underwent about a week of purification ceremonies, which cost (including lavish gifts to the Brahmins performing the ceremonies) Rs 1.5 million, back in 1674. Even if inclined to convert back, similar purification ceremonies would not be possible today.

However, this should fool no one into thinking that the BJP is virulently anti-Muslim, and the Congress is not. Congress may have been apparently less anti-Muslim, for it has claimed Muslim support even before Partition, and got it from the Deobandi ulema. Congress was led by Jawahar Lal Nehru to Partition. He was not so much secular as Fabian socialist, the result of his years in the UK, where he attended not just college nut also school. His commitment to secularism was based on a rejection of all religions. He may not have curried favour with Hindu fundamentalists, but his father Motilal’s cultivation of the Hindu Mahasabha in the 1920s and 1930s, in connection with local UP politics, is mentioned in some detail by Ch Khaleeq Uz Zaman in his autobiography.

Jawaharlal’s daughter Indira might have established secular credentials by an inter-religious marriage, but she did not object to her conflation with the Hindu goddess Durga after the 1971 War with Pakistan, which resulted in the secession of East Pakistan, as well as electoral victory.

Her son Rajiv promised ‘Rasm Rajya’ in 1985, when he had weighed in on the Ayodhya Ram Mandir controversy. Even though he was the son of a Parsi father, and had married a Roman Catholic Italian, when he was cremated in 1991 after his assassination, it was according to Vedic rites, as for a Brahmin, which his mother had been. He had sanctioned the immensely popular broadcast of the Ramayana teledrama in1985, and opened the Ayodhya mosque in 1986 so that the Ramjanmabhoomi could be seen.

Castes are basically endogamous groupings. The prime identifier of a caste is that people marry others of the same caste. (Biradaris are also endogamous, but part of the same caste. Both Virks are Chatthas are Jats, and thus of the same caste, they are two separate biradaris.) However, their centrality to Hinduism cannot be overemphasized. This makes marriage of central importance, and intra-religious, and even inter-caste marriages of particular horror. By implication, sexual innuendo becmes a weapon in an inter-religious war. This is to be added to the use of the weapon of rape in conflicts. The horrors of war for civilians is what invading armies burn all the houses, kill all the men, violate the women and lead off the children into slavery.

There has got to be something wrong about the desire to carry out war on one’s fellow-citizens. However, there are signs of moving beyond violating womenfolk, to direct talk of ethnic cleansing, of treating Muslims in India the way Rohingya have been treated in Myanmar, by the majority Bumar.  That has been demanded at a religious gathering in Haridwar.

It fits in with the BJP philosophy, which it shares with the RSS, and which permeates the Sangh Parivar as a whole. As Hinduism is a non-proselytizing religion, it cannot very well convert people from other religions (as Christianity, Islam, Sikhism and Buddhism do), but it has todeal with them.So why not kill them off?

As Hinduism is essential to being Indian,caste purity also is. That might help explain the excessively scurrility of the BJP. There is little else to explain the threat to assault Indian cricket team captain Virat Kohli’s daughter in November, when she was 10 months old, because Kohli had defended a Muslim team-mmate, Muhammad Shami, for his performance in the T20 World Cip match against Pakistan (Shami had not been heroic, but he had no disgracedh himself any worse than his Hindu team-mates). Or was there a deeper resentment at work, because Kohli, a Khatri by caste, had married a Brahmin girl, the actress Anushka Sharma, and thus carried out an inter-caste marriage?

Indian cricket captains have made inter-religious marriages when marrying film actresses; Azharuddin married Sangeeta Bijlani and Mansoor Pataudi Sharmila Tagore. However, in today’s India, even inter-caste marriages are a problem.

The violation of a Hindu woman by a Muslim man may be a problem, as shown in the violent reacgion to the movie Padmaavat, which had to change its name from Padmavati. It was not even a historical, for it was based on 16th-century epic poem about the siege of Chitor by Alauddin Khilji. The poem (and film) did not depict Khilji as capturing Padmavati, but showed committing ritual suicide, or jauhar.

It is perhaps salutary that all of this is not happening because of the machinations of some fringe element, but with the backing of a party that has been elected in a free vote. Like Germany in the 1930s, in today’s India, extremism is the mainstream, not some aberration. It is worth remembering that Germany was part of the Western tradition, which India is not.

It almost seems as if Partition did not solve the communal issue. Are there going to be Hindu religious processions outside mosques again? Will pigs’ heads be flung in mosques again? The ghar wapsi movement has started, resembling the shuddhi movement of the early 20th century, which was started by the Arya Samaj for dalit communities which had converted in hope of escasping the stigma of untouchability.

It is almost as if the Indian people are now convinced that they are Hindus, and that the only solution for Muslims is the Final Solution.