Syria joins BRI to be part of broader economic cooperation 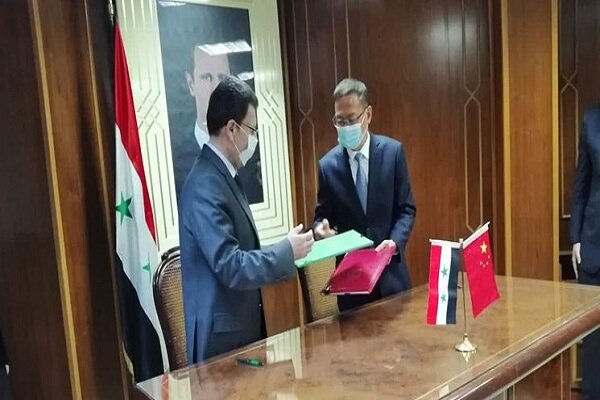 Syria has announced to join the China-proposed Belt and Road Initiative (BRI), which will help the Middle Eastern nation create new opportunities for cooperation with China and other countries.

Syria’s admission ceremony took place during the signing of a Memorandum of Understanding (MoU) at the Planning and International Cooperation Commission in the Syrian capital Damascus on Wednesday. It was attended by Fadi Khalil, head of the commission, and Chinese Ambassador Feng Biao.

He noted that Syria had been one of the main countries on the ancient Silk Road, with connections to the cities of Aleppo and Palmyra in particular.

The entry also reflects an ancient and long history of friendship and cooperation between Syria and China, Khalil said.

Feng said that the cooperation between the two countries is a great contribution to the economic reconstruction and social development in Syria. It also enhances harmonization between the BRI and the eastward strategy proposed by Syria, he added.

The ambassador pointed out that the initiative is in line with the strong desire of the world’s countries for broad economic participation, calling it the widest international cooperation platform in the world.

The BRI, proposed by China in 2013, comprises the Silk Road Economic Belt and the 21st-Century Maritime Silk Road and aims to build a trade, investment and infrastructure network connecting Asia with other parts of the world along the ancient Silk Road trade routes and beyond.

It also comes amid intensive visits of six other Middle East countries’ foreign ministers to China.

The deal will help Syria open broad horizons of cooperation with China and other countries and rebuild itself amid wars and economic sanctions from the West, like how China has helped Iraq, experts noted.

Besides Syria, Nicaragua also signed an MOU to jointly push the Silk Road Economic Belt and the 21st Century Maritime Silk Road on Wednesday as China and the Central American country moved closer to strengthen bilateral relations and economic cooperation.