‘Mini-budget’ tabled in Upper House of the Parliament 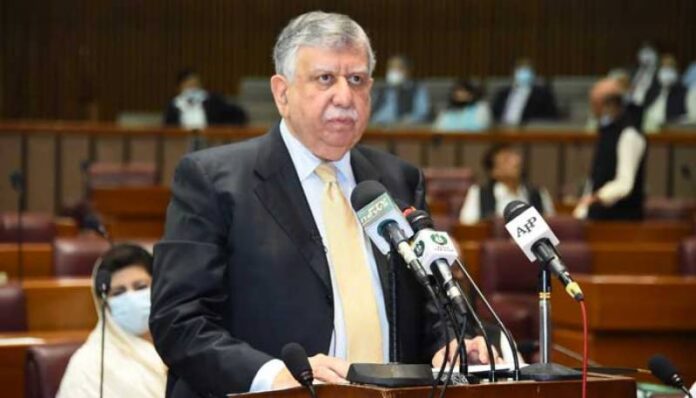 Finance Minister Shaukat Tarin on Tuesday tabled the Finance (Supplementary) Bill 2021 — or the mini-budget as the opposition calls it — in the Senate amid protest from opposition members.

The bill seeks to amend certain laws on taxes and duties to meet the International Monetary Fund’s (IMF’s) conditions for the clearance of Pakistan’s sixth review of the $6 billion Extended Fund Facility (EFF) by the financial institution, paving way for the disbursement of a tranche of around $1 billion.

Addressing the session after the bill was tabled, PPP Senator Raza Rabbani said the nation wanted to know what pressure is the IMF exerting on Pakistan.

“I demand that the government take us into confidence on this pressure. Inform the nation and parliament about this pressure from the US and IMF,” he said.

He said the finance supplementary bill was presented on the IMF’s instructions and would lead to a further increase in the prices of gas and electricity.

Referring to the State Bank of Pakistan (Amendment) Bill 2021 — another legislation needed to meet the IMF’s conditions — which was also tabled in the National Assembly (NA) last week, Rabbani said the central bank was being sold off.

“Take this parliament and the nation into confidence,” he urged the government. “This nation will stand like a solid wall before the US and IMF,” he said.

PPP Senator Sherry Rehman said this “mini-budget” would lead to the PTI government’s downfall, adding that passing the bill was akin to “killing the poor”.

Rehman also alleged that funds for the PTI’s media management were arranged from tax money, and that the media had been directed to “tell the nation that there is no inflation”.

But this government, she said, had “taken the country to the brink of bankruptcy”.

To get a funding of $1bn from the IMF, the govt was burdening the people with an additional $3bn, she remarked.

Taking a jibe at Prime Minister Imran Khan over his motto of transforming Pakistan into a Madina-like welfare state, Rehman added, “People from the middle-class have turned beggars in the state of Madina.”

The senator lamented that people had to struggle to even get meals on their tables. And meanwhile, the government was now “importing everything”.

“You [the government] has raised the gas price by more than 300 per cent. [To whom] should the people go [for help]?” Rehman remarked.

Referring to the SBP bill, which bars the government from taking loans from the central bank, she said a sovereign government must have the option to borrow from the SBP.

“How will you arrange funds when you will need money for the survival of your state?” she questioned, criticising the government for “taking dictation from the IMF”.

“Please return our old Pakistan to us. Realise what should be a state’s priority. Don’t auction off Pakistan,” she added.

Speaking about the 2019 tax directory for parliamentarians released by the Federal Board of Revenue (FBR) on Monday, she said the records were used to “get headlines published”.

“Headlines were published about Yousuf Raza Gillani but he was not a senator in 2019,” Rehman said, adding that an impression was being created that politicians didn’t pay taxes.

Terming the release of the directory “a farce”, she said, “everyone has paid their taxes”.

She said the matter of how the “FBR tampered with records must be taken up by the Senate Standing Committee on Rules of Procedure and Privileges”.

The Senate also passed four bills during the session.