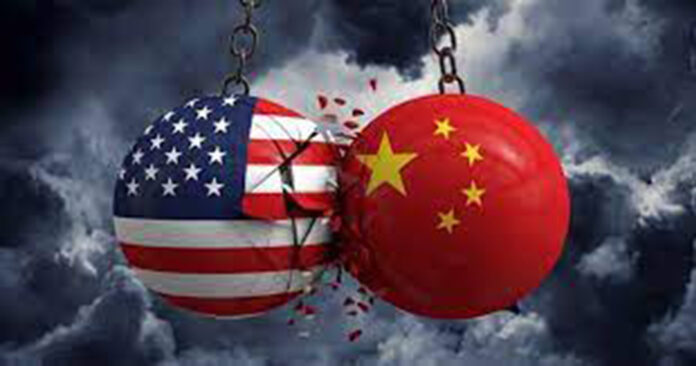 The Belt and Road Initiative (BRI) is a transcontinental long-term policy-oriented investment programme unveiled in 2013 by China’s President Xi Jinping. Until 2016 it was known as OBOR– One Belt One Road. According to BRI’s official outline, its main aim is to link Asia, Europe, and Africa: by setting up all-dimensional, multi-tiered, and composite connectivity networks– consisting of land (Road) and sea (Belt) routes– to realize diversified, independent, balanced, and sustainable development in the BRI countries. The Belt and Road Initiative comprises 2600 projects with a combined value of $3.7 trillion spanning 140 countries that encapsulate 40 percent of the world’s population and together represent more than a third of the world’s GDP. The mega project combines two initiatives:

Intergovernmental policy coordination, unimpeded trade, facilities connectivity, financial integration coupled with collective economic growth, and people-to-people bonds are the proclaimed goals of the BRI. It is the most expensive and extensive operational infrastructure project in history ( according to Al-Jazeera). The investment is predominantly in the energy sector, oil and gas sector, Special Economic Zones (SEZs), and agriculture. The prime objectives of China from the BRI are: quicker and shorter access to the market, an alternative trade route system for the world and China, the development of western China, collective regional economic growth, reducing China’s dependency on the west, and widening the sphere of its political clout through economic diplomacy coupled with the socio-cultural expansion of Confucianism.

The foreseeable harmony of interest between the stakeholders of the BRI and the B3W might entangle the developing world further into the complexly woven fabric of dependency. Higher the dependence, higher the vulnerability, and higher the imperial outreach of powerful states

At a G7-summit in June 2021, the West set out its plan with a spiffy abbreviation- B3W (Build Back Better World); the West pitched it as a “values-driven, high-standard, and transparent infrastructure partnership led by major democracies”. The acclaimed hallmark of the B3W is its economic viability, alignment with the Paris Agreement, environmental and social sustainability, and compliance with international standards, laws and regulations. Moreover, it is the largest (on-paper) investment project in the history of the modern world, accounting for a $40 trillion global infrastructure initiative focusing on climate health, health security, digital technology, gender equality, market development, and clean energy. The initiative manifests the Blue Dot Network, which aims to create a global network through lending-based financing to build roads, bridges, airports, ports, and power plants. Out of the total investment of $40 trillion, the first phase will incorporate $7 trillion by 2035. Keeping in mind the economic size of B3W countries, ceteris paribus, it can undermine the BRI in Asia, Africa, and the Middle East, but not in the foreseeable future.

Will BRI and B3W contradict or complement each other? The BRI’s paramount focus is on infrastructure development and economic connectivity through reliable sea and land trade routes: whereas the B3W focuses on the human development index-(HDI) based investments, such as in education, health, and women development programmes. Economic power projection through aids and foreign investments aligns with USA’s Hamiltonian diplomatic vision, inspired by Alexander Hamilton; it vies to see USA progress as an economic power, contrary to the Jacksonian notion of focusing only on military might. On the other hand, the Chinese dragon (or BRI) manifests the moral principle of “Peaceful Rise and Development”, which denies the realist solution and pursues liberal pursuit for any contemporary issue, envisaging collective growth through win-win politics. Although both the initiatives fall in line with their respective manifestoes, what gives BRI an upper edge is its tangible operational existence vis-à-vis the B3W’s mere on-paper existence without even a detailed financial-cum-operational plan.

The rising rivalry between the two economic giants will provide more opportunities and diversified options for developing countries. The USA and the west will have to realize that it will not be possible for countries to roll back BRI owing to long-term binding deals with the Chinese government. Eventually, both parties will have to be content with competitive co-existence in the global arena. Once the BRI and the B3W start to complement, rather than contradict, each other, much-needed contours of economic partnerships will unlock envisaging a win-win situation for the US, China, and their respective allies.

That’s where the problem starts, and the developing bloc needs to sit back and ponder it before getting entangled in a vicious cycle of economic dependence. The BRI initiative has faced harsh criticism by the USA, which considers the initiative akin to economic imperialism: but the subsequent announcement of B3W will also bring the USA under the sardonic eye of investment analysts. The loans might give China and the USA too much power and influence over the countries they help financially. The states might opt for unsustainable loans to pursue these infrastructure projects; subsequently, when the countries experience financial quandary, China and USA will have the leverage to extend their political and strategic clout, compromising upon the indebted states’ sovereignty, and making them vulnerable to exploitation.

This concept is in line with economic imperialism. Its practice is known as neo-neo colonialism based upon a dependent state’s monetary and political control leaving it with no other rational choice to barter with the lender but to align its domestic and foreign policy with the lender’s interest to the detriment of its national interest. The critics label it “debt-trap diplomacy.”

Moreover, the loan agreements under the umbrella of the BRI include security provisions, such as the “cross-default clause” and the “stabilization clause”. To be at a competitive par with China in mustering geo-strategic and geo-economic-cum-geopolitical gains, the B3W also might include such clauses that might turn into a nightmare for dependent states.

The cross-default clause will imply that if a state defaults on its BRI loan, it will automatically default on B3W’s loans, giving the lenders a right to demand immediate debt payment. On the other hand, the stabilization clause shields foreign investors from political risks and subsequent adverse legislative or regulatory changes in host states by making any new laws inapplicable to the investment project.

The foreseeable harmony of interest between the stakeholders of the BRI and the B3W might entangle the developing world further into the complexly woven fabric of dependency. Higher the dependence, higher the vulnerability, and higher the imperial outreach of powerful states.