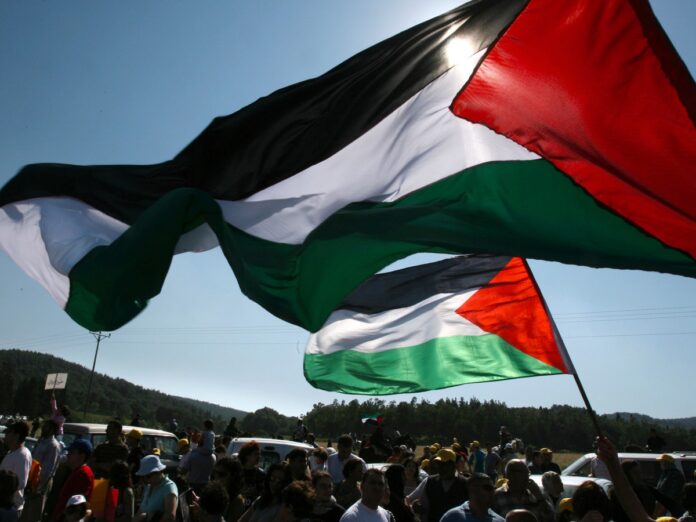 This past week, on November 29, the City of Philadelphia officially celebrated the “International Day of Solidarity with the Palestinian People.” Philadelphia’s mayor, Jim Kenny, was the keynote speaker at the event that also featured remarks by three members of the city council, a state senator, and a state representative. All spoke about the contributions that Palestinian Americans are making to the city and to America. There were Palestinian flags, music, and maamoul. And an official city proclamation was read declaring solidarity with the Palestinian people.

It’s normal for politicians to acknowledge the importance of and demonstrate their support for the many ethnic groups that make up their constituency. But this event was extraordinary for two important reasons: It marked a turning point in our community’s history, and this was about Palestinians.

To understand the significance of this event, it’s important to recall an earlier, more painful time for my community in Philadelphia. In 1983, Wilson Goode, then candidate for mayor, attended an Arab American fundraising event hosted by a prominent Philadelphia Palestinian American, Naim Ayoub. Goode was engaging and, in his remarks, according to my brother John Zogby, who was there, he “vowed to be the mayor for all the people” of the city, which for those in attendance meant “full recognition of the Arab American community within the body politic.”

The next day speaking at a synagogue, his opponent denounced Goode for “taking money from Arabs” and accused him of “being soft on Israel.” Instead of standing up to this bigoted assault, John recalls the Philadelphia Inquirer headline which read “Wilson Goode to Return Arab Money.” And so, a few days later, John and the others who had contributed at the event received envelopes with their returned checks. To add insult to injury, Goode decided to keep the check of only one of the attendees—a Jewish doctor, who was Naim’s friend. On learning about how his check had been accepted, while the Arab American checks had been rejected, the doctor demanded that his check also be returned.

John continued, “that was a total shock and contrary to what he had just promised us.  It was a humiliating moment—a sordid affair that wasn’t about politics. It was about racism.”

Goode went on to win two terms as mayor and, despite our best efforts, never once did he meet with the Arab American community.

Seven years later, Marwan Kreidie, one of our community’s key activists in Philadelphia, organized a meeting with Ed Rendell, the Democratic candidate to succeed Goode. Marwan had helped with voter registration efforts in the community—efforts that were spurred on by Jesse Jackson’s presidential campaigns in 1984 and 1988. He had formed a personal relationship with Rendell who was Jewish and wasn’t to be intimidated by his efforts to seek the support of Arab Americans.

Rendell went on to win two terms as mayor and two terms as governor of Pennsylvania. He appointed Arab Americans to local and statewide posts. This recognition and inclusion in politics, in turn, helped the community to grow in stature—all leading to the November 29 event.

Even with this growth and acceptance, the memories of past bigoted exclusion remained. They hung over our heads like a hammer waiting to fall. And so, when we learned of a letter sent to Mayor Kenny by the Israeli Consul General urging him to “reconsider your decision to headline and support this event,” we recalled Goode’s cowardice and we held our breath.

The Consul General’s letter was filled with inflammatory and outrageous charges against Palestinians. It spoke of anti-Semitism; charged Palestinians and their supporters with “endorsing the violent rejection of peaceful compromise”; and referred to the groups sponsoring the event as “not interested in anything other than demonizing the Jewish State.”

To our delight, neither the mayor nor the other elected officials backed away from the event. Nor did they withdraw the official proclamation. That’s what made this event so remarkable.

An Israeli American, who is an editorial writer for the Philadelphia Inquirer, was at the event and wrote a delightful opinion piece for his paper. He noted how the early Zionist movement spoke of Palestine as a “land without a people”; how Golda Meir had observed that “there is no such thing as a Palestinian people”; and how a former Republican Speaker of the House of Representatives had called Palestinians an “invented people.” And concluded that the November 29 event by “simply recognizing the existence of a Palestinian identity and community—as the government does for so many ethnic and immigrant communities each year—is a powerful break from a tired and offensive narrative.”

It shouldn’t be too much to ask that Arab Americans be recognized and included as full members of the body politic or that Palestinians have their humanity, identity, and contributions affirmed. But it’s taken us a long time and a lot of pain and work to get to this point. That’s why we celebrate November 29 and thank all those who have struggled to get us here.