Instead of fault-finding negotiators must find a solution 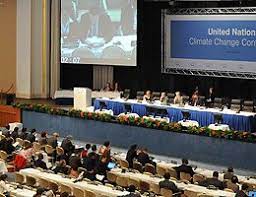 Its shameful exit from Afghanistan seems to have been the tip of the iceberg for the receding relevance of the USA in the world. The recent abortive effort to salvage the 2015 Joint Comprehensive Plan of Action is the case in point. According to the UN atomic watchdog, IAEA, despite the ongoing talks in Vienna, Iran hasn’t been scaling down its nuclear advances. It is then a foregone conclusion that all these talks are doomed to fail and the USA is flogging a dead horse.

While it took months of deliberations and discussions to come up with the deal back in 2015 under President Barak Obama, President Donald Trump walked back from it in no time. Jumping on the bandwagon of hate-Democrat politics, President Trump left no stone unturned toundo away every single thing his predecessor had done. It allowed Iran to not only resume its hankering to jack up uranium enrichment but also created a trust deficit in any dialogue and negotiation.

Against this backdrop, the stance of the Iranian hardliner regime seems obvious: any permanent agreement that is part of the legislature and doesn’t change with the change of government can be reached. Iranian President Ebrahim Raisi doesn’t trust the USA anymore. Much to her chagrin, the USA has no advantage over Iran or for that matter any other country in the Middle East compared to what it had, say, ten years ago.

As regards the recent not-giving-an-inch approach of Iran, the fact is that the political, social, and economic dynamics of the world are changing by leaps and bounds, and Iran is no exception to this new normal. For a start, regional tensions in the Middle East are petering out while the US allies are ready to fend for themselves provided that the USA dumped Afghanistan and wants to regurgitate the Asia Pivot with renewed force and ferocity. Although the options other than dialogue seem scary for both the countries and above all the world as a whole, Tehran has something else in mind.

To begin with, Tehran has enriched uranium at the 60 percent level, which is not too far away from exploding a nuclear bomb. According to some nuclear scientists, Iran may be a few months away from such a position. To put it in perspective, when Libya abandoned its nuclear facility, the country didn’t get any better, thanks to US policies. North Korea acts like the King of the Jungle because of its nuclear power. The list of countries goes too long that were treated badly when they denuclearized their countries, especially in the Middle East.

For now, the very existence of dialogue is a blessing in disguise because, in the past few years, the Iranians were allowed to ramp up their nuclear facilities while the people of Iran have suffered and died. Both parties should realize that in case the negotiations fail in Vienna, all have to pay a heavy price for it. At best, the USA should ease some sanctions which are punishing the people and Iran should also scale down its nuclear enrichment. Even though it seems not very easy, it is the only option to salvage the talks.

Another most significant reason for Iran not to care about any deal is the impending danger from Israel. On November 1, the Israeli Prime Minister Naftali Bennett termed the ongoing negotiations ‘blackmail’ and urged the world ‘not to give in to the Iranian blackmail”. Israel has killed as many as the top four Iranian nuclear scientists while wounding a couple of them since 2010. On February 10 this year, another Iranian scientist was murdered by an Israeli automated gun.  All considered it doesn’t seem probable that Iran can afford to leave the nuclear programme on the way.

For the USA the bar is profoundly low in spite of its rhetoric of ‘all options on the table’. Bluntly put, there are no options except two: more sanctions or some kind of confrontation. As regards the former, the USA left no stone unturned in putting sanctions in every conceivable way, to no avail. Even before the Trump Administration, Barak Obama put almost 1600 different sanctions despite the 2015 Deal. Sanctions barely affect the regime, but their damaging impacts on the population are indisputable. As for confrontation, it is the last thing the USA can think of, given the Afghan fiasco and fluid world politics.

Apart from the mutual trust deficit, another issue that plagues both from reaching any understanding comes from the domestic politics of both countries. Whereas the Iranians doubt any relevance of the deal with the change in the US administration, to make any long-lasting deal, the USA has to face domestic pressure as well. Given the influence of Israel on the White House and the American people, fulfilling all Iranian demands, however legitimate they are, is out of the question. It was true when Obama cut a deal, and it’s not very different now.

If the USA depicts a desperation to strike a deal with Iran, the latter is in no good position to turn away from any offer due to a host of problems it faces. The Middle East Institute, for instance, concluded a few months ago that no less than a third of Iranians didn’t meet their fundamental needs. Almost 10 percent of the adult population was unemployed. As a result, the crime rates have been going up, poverty has become uncontrollable, and people are desperate to end their struggles.

The fact is that to this very day, Iranians, who are tough negotiators, haven’t engaged with US officials directly. While the USA has to be blamed for all the wrongs, this is no time to close dialogues. There are only two ways: dialogue or confrontation. Neither Iran, the USA nor the region is ready to carry out yet another war. Sanity and good faith should prevail and instead of setting the bar very high, both should reach a settlement based on the principle of give and take.

For now, the very existence of dialogue is a blessing in disguise because, in the past few years, the Iranians were allowed to ramp up their nuclear facilities while the people of Iran have suffered and died. Both parties should realize that in case the negotiations fail in Vienna, all have to pay a heavy price for it. At best, the USA should ease some sanctions which are punishing the people and Iran should also scale down its nuclear enrichment. Even though it seems not very easy, it is the only option to salvage the talks.