Two of the greatest military sins 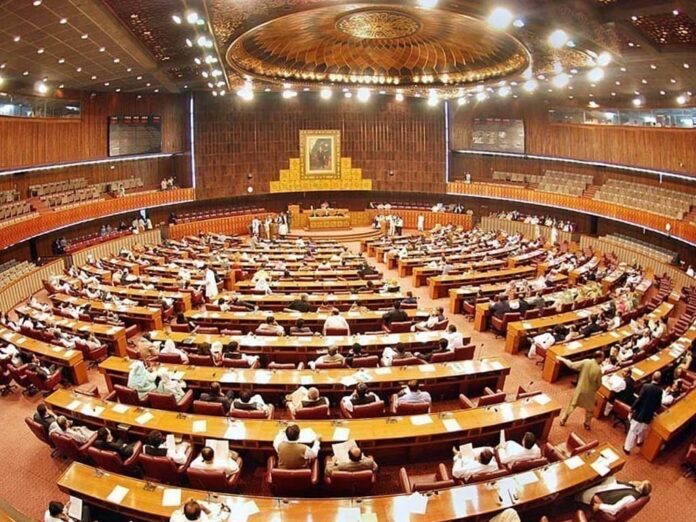 The passage of 72 bills during the recent joint session of Parliament did not so much mean a triumph for the government as an example of the triumph of management. But perhaps the nuts and bolts of the mechanism are becoming too obvious, as the speakers at the Asma Jahangir Conference in Lahore targeted not just the government, but also the military for the situation. It would be instructive at this point to examine the concept of reinforcing failure. It is both one of the great taboos within the military, and yet one of the commonest of mistakes. One reason why it occurs, and another great mistake too often made by military mind is ‘mission creep’, when a mission (for a number of reasons) has to be redefined in a way that expands its original scope.

One of the reasons is failure to achieve the original mission. The solution is to redefine the mission to match available resources.

After all, when a provincial irrigation department engineer sees the callous ignorance of his political masters, he does not do anything except mutter a curse and go on working for the same salary. His example can be followed with profit

It must be borne in mind that the military mind does not brook failure. Failure could mean the destruction of one’s country. Worse, it could mean the end of one’s career. Success would mean victory, perhaps one’s country achieving an aim that seemed impossible to achieve at the beginning of the campaign, promotion, honours and all the good things in life showering down on one.

Therefore, if a mission leads to failure, the solution is to demand more resources, and if necessary go after underlying causes. A commander is tasked with stopping an enemy infantry advance. The only route is across a bridge. The commander may call in an airstrike. After a bombing run, the bridge is damaged but still usable. The commander trying to cross calls up anti-aircraft fire. The one trying to stop him calls in a bigger strike, and uses his artillery on the anti-aircraft guns of the enemy.

Note that the bridge still stands, and what was originally an infantry battle has grown, involving air, air defence and artillery elements. Wait for one side to bring in tanks. The US Army would perhaps be calling for a Navy Seal demolition team. One air strike has ballooned into other resources. Though there is no mission creep, one can see the reinforcement of failure.

There is a good reason for reinforcing failure. The failed option has been chosen because it was the best possible option available, in the opinion of the commander. His accepting it is because it is approved, openly or implicitly or explicitly, by higher command. When our hypothetical defending commander called in an air strike, it implied that his seniors agreed, or else the senior would have ordered a demolition team in, or told the commander to use available troops to carry out the demolition.

Mission creep seems to have started with the military decision to ensure that defence policy was conducted properly. That implied making sure that politicians took the ‘right’ decisions. That meant that the power of taking over had to be maintained. Even the existence of the Constitution did not stop takeovers. Zia and Musharraf are proof of that. However, unlike Ayub and Yahya, neither Zia nor Musharraf abrogated the Constitution. The idea seems to be to avoid falling under the mischief of Article 6.

The method of Article 58 (2b) was tried, under the 8th Amendment, and then under the 17th, but after its abolition under the 18th, a hybrid system had to be tried. That in turn lets to the need for certain judicial decisions. Then there arose the need for favourable press coverage. The means of arranging them would mean more resources were needed.

The ascription of the EVMs to the need of certain quarters to obtain positive results is a symbol of the cost. It not only cost the legislation, and how it was more or less forced through, but the exchequer will bear the costs of the new system, an entirely avoidable cost for a poor country.

At the same time, they would illustrate how mission creep had occurred. They would also provide a textbook case of reinforcing failure. The whole exercise was supposed to remain unobtrusive. At the same time, details of interference began being made public. It has not helped that some of the attacks, especially on the press, were made arrogantly, without any real effort to hide the originator.

The problem that now faces the decision makers is that their moves are no longer as secret as before. Lawyers and the press are obliged to speak out, not from any high-minded pursuit of the truth, but because of competition for the media, and the nature of the cases that lawyers have to plead. The latest example of media competition was a report in a newspaper (not Pakistan Today) which had not carried the report about the audio-recording of the Chief Justice, Mr Justice Saqib Nisar, which was a report detailing its efforts to obtain the version of the company which had verified the recording.

Mr Justice Nisar has been named in two disclosures as having interfered with the judicial process, apparently treating high court judges as subordinates rather than brother judges. The media has not found it possible to sit on these reports, though it tends to be more respectful of the judiciary than any other institution, because of its power of imprisoning alleged contemnors.

However, while his audios seem to be driving the situation, there are other awkward questions cropping up, because it seems that the judiciary is only serving as an accomplice, while the main instigation comes from another quarter. Questions are being asked about the role of an institution which has been used to operate without any comment being made about its operations.

The problem is that it was considered responsible for national security, and thus was allowed much latitude by people. However, national security is no longer sufficient justification for a people who do not feel threatened. The perception has been created that national security is merely an excuse, which is dangerous, because it leads too many to ignore that Pakistan is a new state in a dangerous neighbourhood.

The problem demands a military solution. There comes a point where the mission must be abandoned, because there is no point in reinforcing failure. The problem is that there is a military ethos which sees this as defeat. The military ethos is supposed to prefer death to defeat, but history is replete with examples of surrenders, which imply defeat. A wise commander might prefer to surrender, because history is also replat with defeated forces which lived on to fight again.

The best course open is for someone to realize that the game is up, that the time to maintain secrecy is over. The temptation will be to continue without secrecy, but that is like carrying out a ground attack without local air superiority. It will be best to give up the project of keeping the option of a takeover open, and leave the people of Pakistan to decide their own fate.

After all, when a provincial irrigation department engineer sees the callous ignorance of his political masters, he does not do anything except mutter a curse and go on working for the same salary. His example can be followed with profit.