Good Muslim or good human being?

It all comes down to the motivation 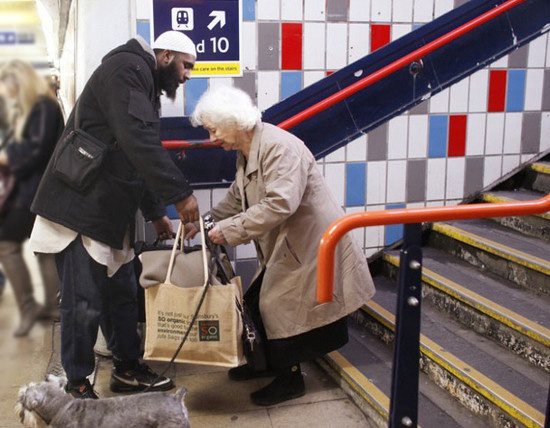 Is being a good human being the same thing as being a good Muslim? Or are they two distinct descriptions? Is the set of qualities necessary for the one a superset and that for the other a subset? What is the definition of ‘good’ anyway? In debates on morals, these are frequently encountered questions, around which there is more confusion than there needs to be.

Let us take up the last question first, for it makes the task of answering the other questions much simpler. So, what is ‘good’ anyway? For the humanist, an act is good or bad in and of itself, irrespective of its motives. Take utilitarianism, for example. If the effect of an action is to increase the net happiness of the people concerned, it is good; otherwise, it is bad. For both the Muslim and the humanist, the legitimacy of the act is a necessary condition. Where they differ, however, is that for the Muslim, it is not a sufficient condition because for him no act can be good without consideration of the motivation behind it. When it comes to the motivation, nobody knows it except God and the individual himself. But the goodness of motivation is a matter of degrees. The best motive behind an ostensibly good act is to please God or to avoid His displeasure.

Take the example of charity – by all accounts a ‘good’ act that should be encouraged. The man who practices it no doubt feels good about it. But why does he practice charity? He may be doing it to assuage his conscience. He may be doing it for utilitarian reasons. He may be doing it because, subscribing to Kant’s categorical imperative he believes that the roles could easily be reversed, and therefore he must treat the needy as he himself would like to be treated in similar circumstances. In varying degrees these are all good motives. What takes it to the next level however is if it is done for the love of God. And what is true of charity is true of all other actions as well.

When the Quran exhorts men to ponder upon the heavens and the earth, the exercise is not supposed to be an end in itself. The Quran encourages it because the more one thinks about the universe and everything in it, the more one thinks about God. Similarly, when a Muslim is encouraged to think about his fellow man, this contemplation is supposed to culminate in his thinking about God. It is God, therefore, who should be the reason why he performs good deeds and why he refrains from evil ones.

Now, it is often the case that some utilitarian (or other) benefits also result when a good deed is performed. But is that the reason why one should do good? The Muslim’s answer to this is an emphatic ‘No.’ He welcomes any unintended benefits that may come his way, but he does good solely for the love of God. And because his motivation is to stay on the right side of God instead of any petty gains, he is not frustrated when his efforts are not appreciated or when his kindness is not responded to in kind by those that he is kind to.

In the worldly sense, the man who is good to his wife, children, relatives, co-workers, and even perfect strangers is considered a good man. He may be good to everybody because he believes that it is the most prudent approach: that it is wise to be kind to people so that they are good to him in return. A man could also be nice to people because he is genuinely fond of them. There is nothing to be said against any of these motivations. For the Muslim however, even the love for somebody should ideally be rooted in his love for God. Therefore, a good Muslim is a loving partner to his wife, a caring father to his children, a considerate neighbour, and a courteous fellow-traveller, but he is all of these things principally to please God.

To be a good Muslim then, one must be a good human being – there is no way around that. However, being a good Muslim is much more than being a good human being. It all comes down to one’s ultimate motives, for the actions could very well be identical in both cases. The distinction was famously made in a prophetic narration, where a man in the Muslim ranks lost his life after giving a spectacular display of gallantry. Impressed spectators remarked that he would have gone straight to Paradise; to which the Prophet (peace be upon him) warned about making such judgments based on appearances. He revealed that the man fought valiantly because he wanted to be praised. He got what he wanted and that was the end of that. But when a man does something good to please God, then his reward is much more enduring; and it is with God, who never forgets and who is appreciative of every act, even if it is worth an atom’s weight of good.