EVMs to help getting rid of rigging forever: FM Qureshi 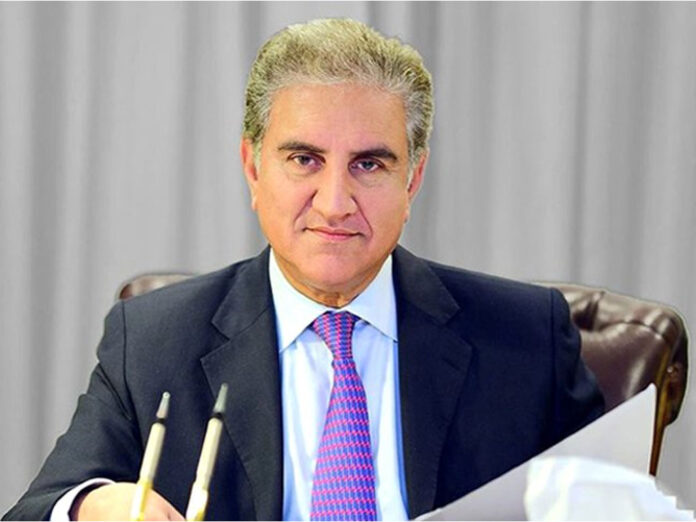 He said this during different functions held at various union councils of NA-156, and meetings with different delegations, said a press release issued here.

“We made attempt to utilize modern technology to ensure that the next elections should be transparent and no political could make allegation of rigging. We want to get rid of the word rigging from the country forever by holding elections through EVM,” said Qureshi.

He added “Overseas Pakistanis are the backbone of the country’s economy as they were sending billions of rupees” , the FM mentioned and questioned that why they could not vote. He said the government had given the expatriates their basic right.

The foreign minister maintained that Overseas Pakistanis, being well wishers of the country, wanted to take part in the election process. They always wished eradication of corruption, promotion of justice and better governance in Pakistan, Qureshi said and opined that the democracy would be strengthened when all people at home and abroad would exercise their right to vote.

The PTI had made a new history by giving the expatriates their right to vote, maintained Shah Mahmood Qureshi.
He also regretted that the opposition always opposed every good move of the government. While there was no harmony among their (Opposition) own ranks.

The government and its allied were united while the opposition was in a turmoil. The opposition was unable to digest the country’s progress. In past tenures, the previous rulers ruthlessly plundered the national treasury and left the people poor and destitute. The nation was still suffering the consequences, said FM Qureshi.

He said that Inflation was a huge challenge for the government and it was struggling to overcome it. During coronavirus pandemic, the government provided financial assistance to millions of families.

The foreign minister apprised that PM Imran Khan was bringing a programme under which every poor citizen would be given a discount to reduce effects of global inflation. The PTI government feel the pain of the poor and it was striving hard to do something for them.

Prime Minister Imran Khan was sincerely working for development of the country and welfare of masses, he said and added that development of South Punjab was top priority of the incumbent government.

“The government wants to shift the journey of development from urban to rural and backward areas. In the past, no attention was paid to rural areas. Due to which the southern districts became backward,” remarked Qureshi.

Commenting on South Punjab Secretariat, he stated, the government gave the gift of Secretariat to the people of this region. Now, the local people would not have to travel to Lahore for getting their problems resolved, he stated.

Qureshi informed that development projects worth billions of rupees were being implemented in the city. “Completion of the projects will usher in a new era of development in Multan,” the foreign minister said.

Foreign Minister Qureshi spent a busy day in the constituency and visited the residences of deceased persons in various union councils of the constituency. He listened to the public issues on this occasion and issued certain instruction on the spot for their solution.