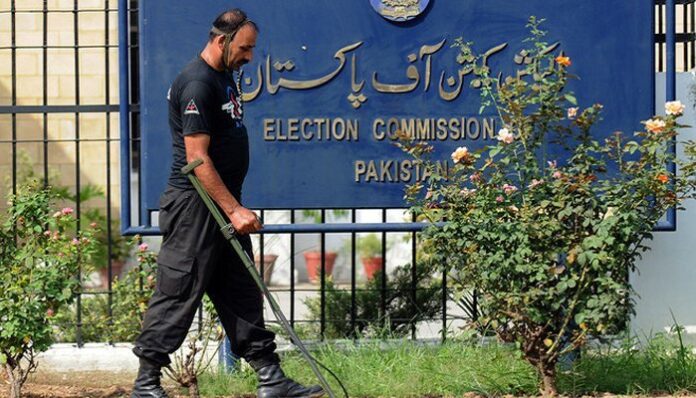 The Election Commission of Pakistan (ECP) on Monday discussed reports of two inquiry committees, which were earlier formed to probe the Daska by-election.

According to the press release issued by the ECP, the commission had formed two inquiry committees to probe the by-election.

According to details, the first committee, comprising Joint Provincial Election Commissioner Saeed Gull, Regional Election Commissioner Gujranwala Majid Sharif Dogar and Special Secretary Finance Mujahid Sherdil, was formed to probe against the administrative officers. The mandate of this committee was to determine the negligence in duty on the day of polling due to which law and order was violated.

The second committee, comprising Joint Provincial Election Commissioner Saeed Gull, was set up to ascertain the role of the presiding officers and security personnel on duty, who had gone missing on the election night and later come to the office of the returning officer on the morning of February 20.

The mandate of the inquiry officer was to seek the assistance of an expert body and make it possible to obtain forensics in order to find out where the presiding officers had stayed.

Both inquiry reports are available on the ECP’s website.

According to a news outlet, an inquiry report revealed that former special assistant to Punjab CM Dr Firdous Ashiq Awan had chaired meetings in the Daska assistant commissioner’s office, where “illegal” activities were planned for the by-election.

The report further said that the AC’s office was the centre for Awan’s plenary sessions.

The ECP would initiate departmental or criminal proceedings or both in the light of the inquiry reports. The next formal meeting of the commission would be held within a week.