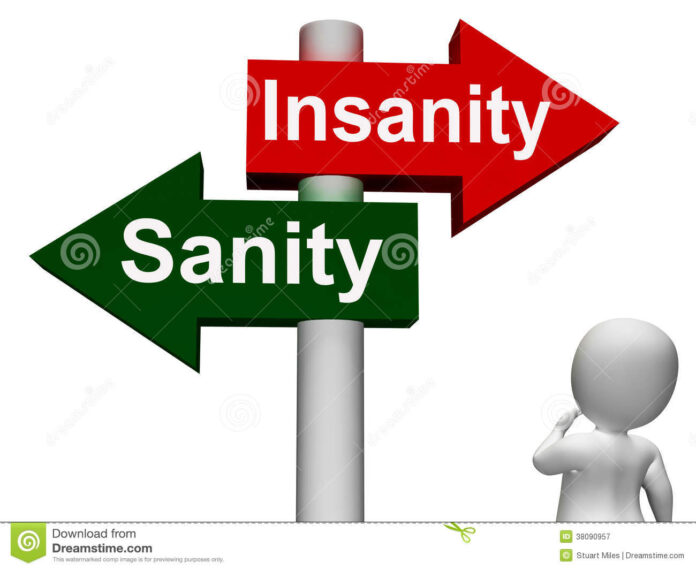 It has been said that commercial ads of a society are an accurate reflection of the values of that society at large. In so many ways the whole world is one society now, so we have the same products and pretty much the same ads everywhere. Judging from what is constantly bombarded from TV screens and billboards around the world, the future therefore looks equally gloomy worldwide. Welcome to the global village!

Admen were never known for their scruples. They would happily give any message in their ads so long as it makes their clients happy by selling their products. They are extremely focused as well. They are least bothered about any adverse effects of their marketing campaigns. For example, consider the slogan: ‘If I don’t look my best, how will I give my best?’ This rhetorical question is the punch line from the ad of a hair-care product. The line is uttered by a woman, not portraying a model or an actress, but an ordinary office lady. The fact that there is no reason why a woman in an office cannot give her best without looking her best is neither here nor there. The whole point of repeating mindless slogans on the part of cynical admen is that people rarely challenge anything they hear on the TV or see on giant billboards.

The models employed in these ads are invariably very pretty. Few in the audience answer to the same description. What is worse, they are aware of the fact. But they are also convinced of the absolute ‘necessity’ of looking pretty. Psychologists would no-doubt have a great deal to say about the havoc this conflict can play with somebody’s psyche. Many of the modern psychological issues conceivably have their origin in this sort of conflict. Vanity is a deep-seated human emotion, and for a very good reason. One’s very survival depends upon having a good opinion of oneself. But it is notoriously easy to blow it out of proportion, even without external help. With ads glorifying beauty and glamour everywhere, it is a miracle if a youngster does not end up getting messed up in the head.

Why should women obsess about their looks at the workplace is an uncomfortable question for the liberals. A popular explanation is that it is not done for others; that they wear makeup, high heels etc to look good so that they can feel good about themselves. One does not doubt that they genuinely feel happy when they think they look good. That is precisely what the admen wanted and succeeded so spectacularly in achieving. What about those large sections however that, despite doing everything in their power, are still not convinced that they look good. Is there any doubt regarding the net increase (or decrease) of happiness because of the worldwide obsession with looking good?

The models employed in these ads are invariably very pretty. Few in the audience answer to the same description. What is worse, they are aware of the fact. But they are also convinced of the absolute ‘necessity’ of looking pretty.

I commented a few moments ago that the themes of the ads were the same globally. I feel obliged to revise this statement. It is true that barring difference in noise levels, for the most part the ads are the same everywhere. But in our case there still are a few notable remnants from the local ‘civilization’, so we are in the peculiar position to have the worst of both the worlds. This is typical of the subcontinent, where each foreign thing (if bad) is gleefully accepted, and each indigenous thing (if good) is happily let go of. Consider the ad where the prospective in-laws are visiting the home of the prospective bride (a common setting for desi ads). Everything seems to be going well. The prospective groom’s father chooses this happy moment to shock the hosts by announcing: ‘I must make it clear that in our household women do not work after marriage.’ This is terrible news considering that the bride-to-be is a working lady. Everybody starts breathing again, however, and the air of festivity is restored when the father-in-law-to-be clarifies that he only meant house chores. This is great news because it implies the existence of a team of servants. Vanity is a worldwide phenomenon, but snobbery of this ilk is a very subcontinent thing. There are only two choices for the impressionable women watching. Either settle for nothing less than this lifestyle; or make themselves miserable by comparing their lives with pretty, successful, witty, thin, and rich women having ideal in-laws.

It is hard to be optimistic in this regard. The situation is gloomy because there is absolutely nothing in opposition to this ubiquitous, insane propaganda. What is worse, even if one could think of a saner message for the youth, it would hardly be half as glamorous and appealing. It would therefore be unreasonable to expect young boys and girls to pay heed to anything sensible in the face of this relentless propaganda. It would be nothing less than a miracle, therefore, if a woman (or a man for that matter) remains completely sane despite the incessant insanity coming her way from all directions.