Constitution or revolution, no agitation

The consensual constitution must be followed 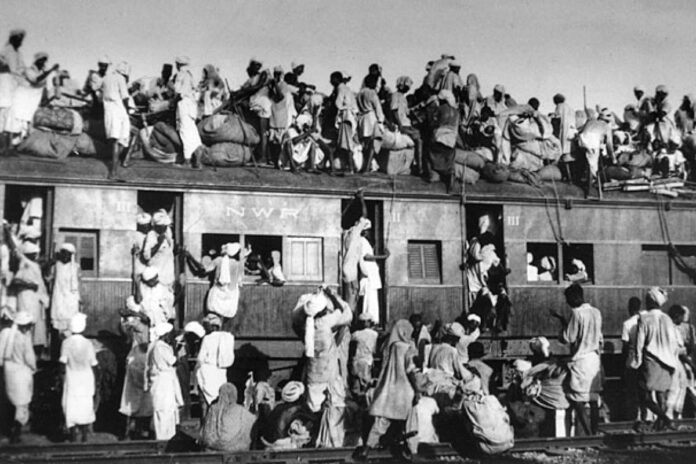 Constitution-making was a big challenge in the land of the pure. It is perhaps the only country in the world which had to enact four constitutions (1956, 1962, 1972, 1973) before arriving at the consensual document.

On 14 August 1973, the Islamic Republic of Pakistan emerged on the world map with Zulfiqar Ali Bhutto as the Prime Minister. After Ayub Khan’s dictatorial rule (1958 to 1969) and his self-defeating industrialization, and there was a big sigh of relief. The democratic era was short-lived (1971 to 1977). The third usurper took control of the country taking advantage of the political divide. The Constitution came under attack, people-friendly clauses were either unilaterally changed or ignored. In return for his desired amendment (Eighth) he agreed to restore democracy. When Muhammad Khan Junejo as PM tried for civilian supremacy, he was sacked by the usurper under the draconian Article 58(2b). The dismissal was challenged in the Supreme Court, as fresh elections were announced, but his government was not restored.

Under fundamental human rights the Constitution has about 24 clauses (8 to 28 ) which are largely ignored, including Article 25-A which has declared literacy as the right of the citizen. It was kept in abeyance till it was restored in the 18th amendment. By August 2016 every 5 year old should have been in school to achieve universal primary coverage, the first step towards a literate nation.

Without human development no nation can grow. Despite constitutional guarantees, people of the republic continue to squander their lives in the darkness of ignorance. No debate has ever taken place in the legislature. Anti-people amendments have been made to deny relief to the masses. In the original document, Article 212 was legislated for the formation of administrative accountability courts which was removed in July 1979. While the 18th Amendment was a brave attempt to restore the constitution in its original form, some infringements remain.

We the students of the 1960s and 1970s decided to challenge dictatorship. There were pitched battles on the streets. Despite the use of force, we held our ground till the first dictator was toppled. The first free and fair election on the basis of adult franchise was a major milestone in our struggle for democracy. Not much is written about this electoral contest as it dismembered Quaid’s Pakistan.

In the Western Wing, Bhutto’s Pakistan People’s Party (PPP) emerged as the frontrunner. The elected assembly met in the old State Bank building in Islamabad which is now the headquarters of NADRA. First it was this legislature that formulated the 1972 Interim Constitution followed by the permanent version in 1973.

In the 1965 Presidential elections, Mohtarma Fatima Jinnah demanded restoration of the 1956 Constititution to save the federation. She got overwhelming support in the Eastern Wing which had rejected Ayub Khan’s imposed the 1962 Constitution that was built around the dictator.

Street agitation has proven to be a conspiracy against the people, which is why it lacks mass public support. The choice is clear cut ‘Constitution or Revolution’, but then after the smoke clears, we would still need a framework to run the state, that is, another constitution on top of the four that we have already tried.

The 1973 document was a gift to the nation by the genuinely elected political leadership which must be followed in letter and spirit. Bhutto was very confident that no one would ever defy Article 6 of the Constitution by toppling elected governments but it happened twice (Zia in July 1977, Musharraf in October 1999). Finally when Musharraf crossed the line the second time he was charged for treason, a charge he still faces till today. Finally the Constitution had prevailed.

In the land of the pure it has now become a routine matter to derail the democratic order through street agitation every eight to 10 years. It seems to be an organized effort to strengthen the status quo and weaken the constitutional order. It has been revealed that there are always hidden hands working behind the scenes in most of these protests.

It has now been revealed that the 1977 PNA (Pakistan National Alliance) movement was pre-planned to derail the democratic order. Despite our advanced ages, we the hardened activists of the 1960s marched again for the rule of law in the 2007 Lawyer’s Movement but what we got in return, was the lawlessness of the Black Coats.

As it is said, khothi rahe borh thallay ” (the donkey remains under the tree). This donkey business must come to an end for the country to move forward. No more bluffs by unpopular and propped-up political players who have no agenda to serve the nation. In 1968 the call was for People’s Power which was delivered through the 1970 free and fair election and the 1973 Constitution that followed. The movement in 1977 was called for enforcement of ‘Nizam-e-Mustafa’, but what we got were Zia’s Dark Ages which continue till today. In 2007 it was called the struggle for the rule of law but we lost whatever little we had.

Personally, I think we need a revolution as we have badly failed to follow our own unanimously agreed constitution. Unless the prevalent system is seriously challenged as it was in the brief democratic period (1971 to 1977) the ‘Donkey Business’ will continue to defy change through street agitation to release the built-up frustration and pressure. There were three major revolutions in the last century (Bolshevik 1917, Chinese 1949, Iranian 1979), and any one of the three models can be adopted to dismantle the colonial hegemony imposed on us.

Street agitation has proven to be a conspiracy against the people, which is why it lacks mass public support. The choice is clear cut ‘Constitution or Revolution’, but then after the smoke clears, we would still need a framework to run the state, that is, another constitution on top of the four that we have already tried.

Shahid Khaqan Abbassi, the ex-PM, has suggested the formation of a ‘Truth and Reconcillation Commission’ to seek forgiveness for the past sins and then follow the constitution of the Islamic Republic of Pakistan for all times to come. It seems to be a better option to move forward.