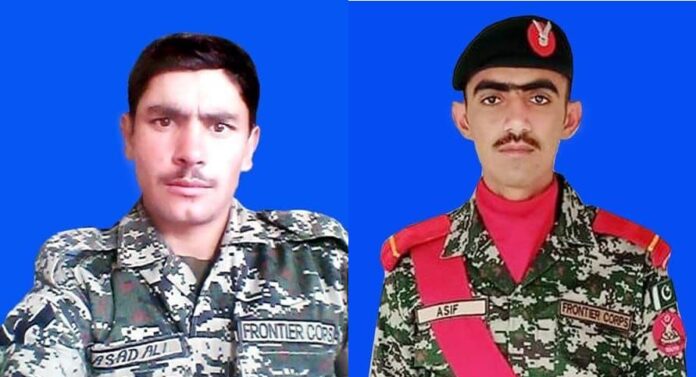 The military’s media affairs wing stated that on Wednesday, two soldiers were martyred in an exchange of fire with terrorists attempting to cross the fence along the Pak-Afghan border into Khyber Pakhtunkhwa’s Kurram district,

According to the statement by Inter-Services Public Relations (ISPR), terrorists from inside Afghanistan attempted to enter Pakistan at late night on October 26.

The ISPR revealed that the “Troops initiated a prompt response and thwarted the attempted illegal crossing by engaging the terrorists.”

The statement added that the Pakistan Army is determined to protect the country’s frontiers against terrorism.

“Sacrifices of our brave soldiers further strengthen our resolve,” the statement concluded.