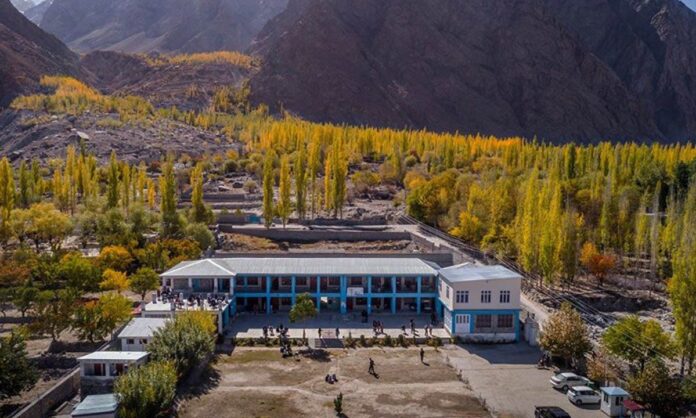 ISLAMABAD: In another example of malpractices in government universities, the vice chancellor of a new public university, Baltistan University, has managed to get an indefinite extension after retirement through the varsity Senate in violation of the rules.

As per details, Vice Chancellor Dr Muhammad Naeem Khan, who completed his term on May 31, 2021, holds the position even after four over months of retirement as he has been given an extension till the appointment of a new VC, which is still awaited.

A faculty member who is part of a group of staff members who have filed a petition in the Islamabad High Court (IHC) against illegal appointments in the university informed Pakistan Today that the VC, who had earlier made a failed attempt of approaching a local court in GB for extension, used the forum of the varsity’s Senate, members of which were all of his choice, to get the unlawful extension.

It is pertinent to mention here that as per normal practice, acting charge is given to the senior most faculty member in absence of the VC.

A university Senate member, former IGP Sindh Afzal Ali Shigri, when contacted, informed that Dr Khan was given the extension when the members were informed that in case of giving acting charge to a faculty member, ongoing development work of the university may be affected with investigation agencies like FIA and NAB jumping in, resulting in a delay in executing work on new building of the university.

However, his justification was rejected by sources at the Ministry of Kashmir Affairs and Higher Education Commission where officials privy to the matter said that the VC and registrar had been using delaying tactics in the appointment of a new head from the beginning.

Meanwhile, in a recent letter to the registrar of the university, a copy of which is available with Pakistan Today, the Ministry of Kashmir Affairs has warned that in case of further delay on the appointment of a new VC, the matter would be taken up with the president of Pakistan, who is chancellor of the university.

“The process of advertising the post and holding interviews for a new VC should have been completed even before the retirement of the existing VC. Unfortunately, the existing VC, who had also facilitated the illegal appointment of the registrar, a matter which has been challenged in the court, has played his role in coordination with the registrar to delay the process to protect their own interests,” a faculty member of the university said on condition of anonymity.

However, Registrar Wasimullah Jan claims that the decision was taken as there was no professor in the faculty at that time. He said the search committee formed for appointment of a new VC is looking at the process.

On the other hand, when contacted, Qasim Naseem, a local journalist, who has been made head of the committee, claimed that the delay in appointment was made by HEC and the Ministry of Kashmir Affairs. According to him, the post has been advertised recently.

Meanwhile, the Audit Report 2020-21 of the Auditor General of Pakistan (AGP), a copy of which is available with this scribe, has also identified a number of irregularities in the varsity’s administrative and financial during the past year.

According to the audit, the VC has pocketed millions in Travelling Allowance and Dearness Allowance (TA-DA) whereas it also made paras about unauthorised expenditure incurred on maintenance of a house rented in Islamabad as camp office of the university. The report says payment of inadmissible allowance of Rs4.6 million was made to the VC. It further highlights irregular higher monthly payment of Rs2.982 million to nine project related consultants and directors against their approved salary under Finance Division rules.

The report also identified the illegal appointment of registrar and treasurer, as well as selection of members of syndicate and academic council.

Meanwhile, the VC himself has advertised various posts in the university, which according to senior faculty members is a violation of rules as well.

According to complaints forwarded to the HEC, the vice chancellor is continuously advertising the positions to facilitate blue-eyed persons while the under construction buildings are becoming victim to negligence. “The most interesting thing is that the project director is a cousin of Dr Muhammad Naeem Khan,” a complainant claims.

According to him, despite being a new federal university, the Dr Naeem did not shy from using his post for personal gains and fame and has been violating the university charter from the beginning.