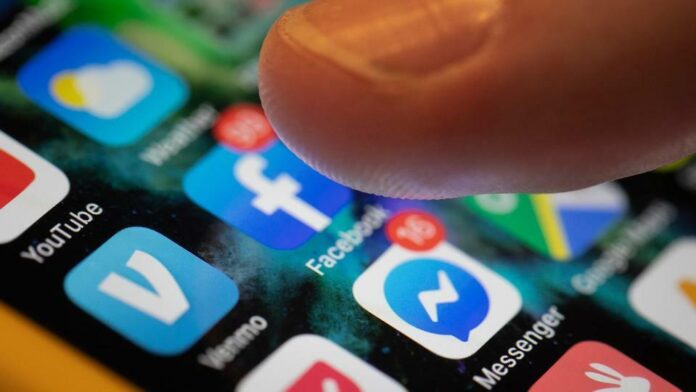 The Ministry of Information Technology and Telecommunication (MoIT&T) on Thursday notified the amended social media rules 2021 under which Pakistan Telecommunication Authority (PTA) will give 48 hours, instead of 24 hours previously, to a social media company for removing or blocking access to online content.

According to MoIT&T notification, the rules, titled the “Removal and Blocking of Unlawful Online Content (Procedure, Oversight and Safeguards) Rules, 2021”, have been framed under the Prevention of Electronic Crimes Act (Peca), 2016.

Under the new social media rules 2021, social media companies would have to register with the Pakistan Telecommunication Authority (PTA) within three months of the law coming into force.

They would also have to appoint an authorised compliance officer and grievance officer based in Pakistan within the same time-frame. These officers would have to address complaints within seven working days.

The rules also direct social media companies to establish an office in Pakistan. Moreover, the PTA would give 48 hours, instead of 24 hours previously, to the service provider or social media company for removing or blocking access to online content.

PTA can start proceedings against any service provider or a social media company that fails to remove or block access to content or comply with PTA’s directions within a specified timeframe.

Every person or organisation shall have the right to express and disseminate any online content as enshrined under Article 19 of the Constitution of Islamic Republic of Pakistan, 1973.

Spreading “immoral and obscene content” will also be a punishable offence after the passage of the rules.

As per the new rules, the service providers and the social media company will deploy a mechanism to ensure immediately blocking of live streaming through online information system in the country of any online content particularly related terrorism, extremism, hate speech, pornographic, incitement to violence and detrimental to national security on receiving intimation from the authority. Furthermore, any aggrieved citizen, ministry, division, attached department, sub-ordinate office, provincial or local department or office, law enforcement or intelligence agency, or a company owned or controlled by the state can file a complaint for blocking or removal of online content.

The rules will provide for, among other matters, safeguards, processes and mechanisms for the exercise of powers by the Authority under the Act for removal or blocking access to unlawful online content through any information system.

Social media companies must publish community guidelines for access or usage of any online information system, which must guide their users not to host, display, upload, modify, publish, transmit, update or share any online content in violation of the country’s laws. Similarly, they will be required to provide any information requested by any investigation authority. The information can be in decrypted, readable, and comprehensible format or plain version.

It is pertinent to note that last year, a few amendments have been introduced to the digital media rules, which have been approved by the federal cabinet last month.

As per the amendments, global social media companies will have to register with PTA within three months. Moreover, social media outlets will be required to establish an office in Pakistan “as and when feasible” — instead of nine months as required previously. Furthermore, PTA will give 48 hours, instead of 24 hours previously, to a social media company for removing or blocking access to online content

The IT and Telecom Minister Aminul Haque stated that under the rules, social media companies would have to abide by Pakistani laws and the rights of social media users.

“Under the amended rules, Pakistani users will have the full right to freedom of expression under Article 19 [of the Constitution],” he said, adding that the rules would play an important role in facilitating contact between Pakistani netizens and social media companies.

He further revealed that there would be a ban on the live streaming of extremist, terrorist, hateful, obscene and violent content, and “social media companies will be liable to remove content against Pakistan’s integrity and defence.”

As per the rules, the propagation of “immoral and obscene content” will also be a punishable offence, Haque added.

Additionally, the social media companies and service providers will be required to devise community guidelines in order to inform users about uploading content.

“No negative content concerning any individual will be uploaded,” Haque revealed while adding that uploading material about someone’s private life would also be banned.

In the list of banned content, “content against Pakistan’s cultural and moral trends” as well as content that could “destroy” the morals and harm the mental and physical development of children has also been added.

The minister further pronounced that the rules would apply to all social media outlets including Facebook, YouTube, TikTok, Twitter and Google. He added that after the issuance of the notification, the social media companies would be required to set up their offices in Pakistan “as soon as possible”.

The rules also direct social media companies to establish an office in Pakistan, preferably located in Islamabad, upon PTA’s directions “as and when feasible”. Previously, the rules required the companies to set up their offices within nine months.

It has been reported that PTA would give 48 hours, instead of 24 hours previously, to the service provider or social media company for removing or blocking access to online content.

If the service provider or social media company fails to remove or block access to content or comply with PTA’s directions within the specified time, the PTA may initiate proceedings.

Under the rules, the PTA has also been authorised to block or issue directions for blocking the entire online information system or impose a penalty of up to Rs500 million.

The social media rules, which were approved in November 2020, had faced criticism from digital rights activists, the Internet Service Providers of Pakistan (ISPAK) and the Asia Internet Coalition (AIC).

Tech companies had also threatened to discontinue their services in Pakistan if the rules were not amended, saying the regulations would make it difficult for them to continue their operations.

It is pertinent to note that the rules were also challenged in the Islamabad High Court (IHC). During one of the hearings on the petition, the attorney general had assured the IHC that the government was ready to review the rules.

The committee prepared the rules by August and they were eventually passed by the Cabinet Committee on Legislative Cases on September 23.

Despite the amendments, the updated version has received severe backlash, noting that the most problematic provisions remain unchanged in the latest draft that they say has in fact “regressed” in comparison with previous versions.

“The Asia Internet Coalition and its member companies are disappointed with the proposed revisions,” AIC Managing Director Jeff Paine stated.

“Despite repeated feedback from industry over several months, the draft rules still include a number of problematic provisions — such as data localisation and local presence requirements — that undermine the country’s digital growth and transformation agenda,” he concluded.