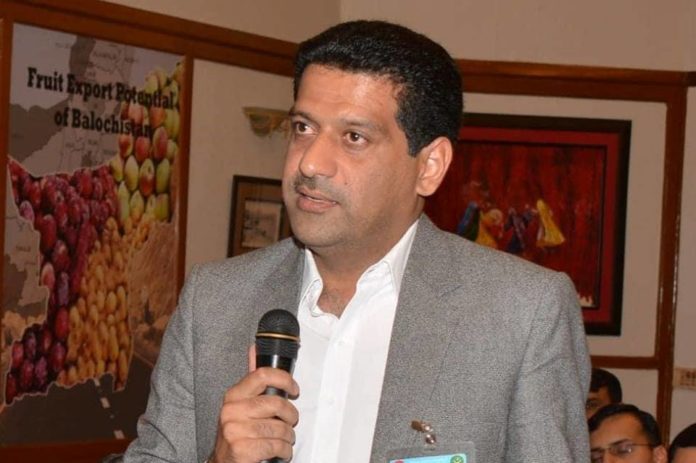 In a letter addressed to the chief election commissioner, BAP Central Secretary General Manzoor Ahmed Khan Kakar wrote that the party has held a meeting under the chairmanship of Senator Saeed Ahmed Hashmi and approved appointment of Buledi as BAP’s acting president.

However, Jam Kamal later announced that he has decided to retract his decision to resign from the party leadership and that he had not resigned formally.

Addressing a press conference at the Chief Minister’s Secretariat, Jam Kamal said that he does not want to step down from the post of the chief minister either. He was accompanied by members of the Awami National Party (ANP), the Hazara Democratic Party, the Jamhoori Wattan Party, and supporting assembly members of the BAP.

“I am ready to face all types of political crises and will continue to serve the post for the entirety of my five-year tenure,” the CM said, adding that the number game regarding the no-confidence motion will come to the fore soon.

“Except for one member of the PTI, all the members [of the assembly], as well as the allies, are with us,” he said. “I have asked the party’s chief organiser Jan Mohammad Jamali to hold a meeting with all the members of Parliament as we are ready for talks with them.”

It should be recalled that Aylani, on October 1, had posted a tweet that he was stepping down after completing a ‘good three-year term’, as he asked BAP officeholders to organise a meeting and announce BAP party elections at the earliest.

Meanwhile, Buledi, who is also a member of the provincial assembly, wrote on Twitter: “Alhamdulillah honoured to be nominated as acting president of BAP after resignation of party president Jam Kamal Khan.”

“I will serve the party with consultation of all senior leaders [and] workers,” he added.

It is pertinent to mention that Balochistan Chief Minister Jam Kamal Khan, who was also the president of BAP, had tendered his resignation from the slot of president on October 1.

On Monday, the disgruntled members of the provincial assembly (MPAs) — including lawmakers from Balochistan Awami Party (BAP) and allied parties — had submitted a no-confidence motion against Alyani.

The disgruntled members, in the motion submitted to the assembly secretariat, said during the three years of Alyani’s term as the chief minister, there has been unemployment, unrest, and frustration in the province.

The motion, signed by 14 members, claimed that the provincial cabinet members had informed the chief minister about the issues of Balochistan but he did not pay heed to them.

“Due to Jam Kamal’s lukewarm attitude, there has been gas, water, electricity, and economic crisis in [Balochistan],” the motion said.

Further, the disgruntled members had sought the removal of Alyani as the chief minister and called for the election of a new provincial chief, who had the majority’s support.