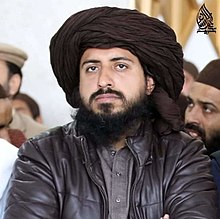 Rizvi was detained by police on April 12 over charges that he had incited his followers to take the law into their own hands as, according to him, the government had reneged on its promise to expel the French ambassador.

The DC referred to the LHC’s October 1 judgement in his order, saying that he was allowing Rizvi’s release with immediate effect.

In addition, the DC’s order referred to two earlier decisions taken by the federal review board of the Supreme Court (SC) with regards to Rizvi’s detention.

It stated that a reference had been filed before the board for the extension of Rizvi’s detention on September 29, and the board had extended the TLP chief’s detention period for a month on Oct 2.

“The matter was again taken up in the meeting of the Federal Review Board … on Oct 9, and [the] case was disposed off,” it added.

In the Oct 9 meeting, the review board, headed by SC Justice Maqbool Baqir, heard the Punjab govt’s request to extend Rizvi’s detention and questioned on what grounds the extension had been sought when the LHC had already declared the TLP chief’s detention illegal.

Following that, the Punjab government withdrew its request.

Rizvi’s detention was initially supposed to end on July 10, after a review board of the LHC had rejected the Punjab Home Department’s request to extend it. It had released its detailed order in the case on July 8, observing that Rizvi should be “released forthwith” if he was not required in any other case.

However, the Lahore DC had issued a fresh notification under Section 11-EEE (Powers to arrest and detain suspected persons) of the Anti-Terrorism Act 1997 and detained Rizvi for 90 more days, according to media reports.

Subsequently, Rizvi’s uncle had filed a petition in the LHC, claiming that the government had extended his detention with “mala fide intention”. The petitioner had said the government had implicated Rizvi in 14 criminal cases after detaining him.

He had asked the court to declare the act of the government illegal and order his nephew’s release.

Rizvi was taken into custody after TLP had held protests, which had led to violence, in cities across Pakistan, in a bid to press the government for the expulsion of the French envoy to Pakistan ever since blasphemous caricatures of Prophet Muhammad (PBUH) were published in France and their publication was supported by the French president.

In November 2020, an agreement was signed between the TLP and the government — after the party held protests in the capital led by its then chief Khadim Rizvi — to involve the parliament in order to decide the matter of the French ambassador’s expulsion in three months.

As the February 16 deadline neared, the government had expressed its inability to implement the agreement and had sought more time. The TLP had then agreed to delay its protest by two-and-a-half months to April 20.

Police had swooped in on Rizvi at around 2pm on Wahdat Road in Lahore where he had gone to attend a funeral. Outraged, the TLP had issued a call for countrywide protests.

The next day, police registered a first information report against the TLP chief under sections of the Anti-Terrorism Act. Within the next few hours, protesters took to the streets in Lahore and blocked the Grand Trunk Road at a number of points.

The government had subsequently banned the TLP following the violent protests and sit-ins it staged across the country.