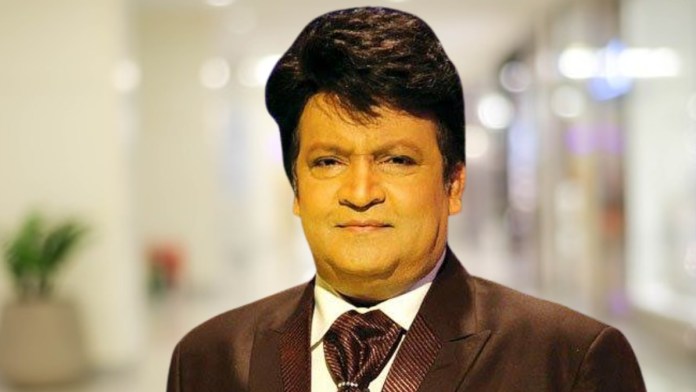 Legendary comedian Umer Sharif passed away in Germany at the age of 66 on Saturday, his family and the government confirmed.

Sharif was battling cardiac ailments and was flown out of Pakistan on an air ambulance on September 28 for a surgery in the US scheduled for next week.

However, he was admitted to a hospital in Germany during a stopover as his condition deteriorated during the flight to US.

Born in 1955 in Karachi, Sharif started off as a comedian in stage dramas in 1974. An illustrious career spanning nearly five decades saw him being widely hailed as Pakistan’s “King of Comedy.” He also tried his luck in television and films, producing several major hits.

The stage, however, remained his forte as he, along with the late comedy icon Moin Akhtar, who passed away in 2011, pioneered stage dramas in Pakistan.

Sharif performed in dozens of countries around the world during his career. His talent transcended the boundaries of politics, as proven by the love and adoration he received in India, where many entertainers over the years regard Sharif as a teacher and mentor.

On Saturday, tributes for the famous comedian poured in from people from all walks of life.

Prime Minister Imran Khan and PPP Chairperson Bilawal Bhutto-Zardari were among a number of politicians and dignitaries who joined in grieving the entertainer’s death.

Prime Minister Imran Khan said he was saddened to learn of Sharif’s passing. The PM tweeted that he had “the good fortune” of touring with the comedian to raise funds for Shaukat Khanum Memorial Hospital.

“He was one of our [greatest] entertainers and will be missed,” he added.

“The late comedian gave a new dimension to the art of comedy in Pakistan and took it to new heights,” he added. Sources reveal that Bilawal also conveyed his condolences to Umer Sharif’s family.

On the other hand, German ambassador to Pakistan, Bernhard Schlagheck, deemed Sharif’s death “a tragic loss for the entertainment industry”.

It merits mention that Umer Sharif received national awards for Best Director and Best Actor in 1992 for Mr. 420. He also received ten Nigar Awards. The artist was also honored with three Graduate Awards, as well as a recipient of Tamgha-e-Imtiaz.