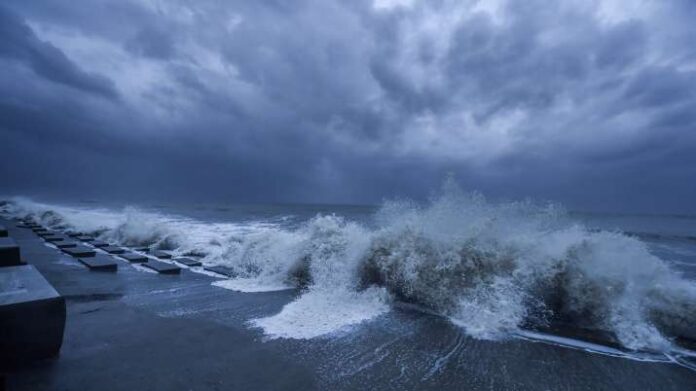 KARACHI: According to latest updates, the Meteorological Department said there was no threat to Karachi from Cyclone Gulab as the storm was losing its intensity and moving towards Oman’s coastal belt.

In a statement, the Met Department said that due to a change in the course of the cyclone, that originated in the Bay of Bengal last week, the chances of torrential rains in Karachi had reduced. However, the city will still experience drizzle and there were chances of heavy rain till noon.

US Joint Typhoon Warning Center in Pearl Harbor said that the storm was moving away from the coast of Karachi, but according to the system, there was still a possibility of torrential rain in the coastal areas of Balochistan.

In the wake of intermittent rains in the city resulting in urban floods, the Sindh government announced a public holiday a day earlier. After the overnight rainfall, water accumulated on various highways, leading to choked arteries across the city.

Separately, the Sindh Education Department announced the closure of all public and private educational institutions in the province in the wake of the rains. The University of Karachi also cancelled all examinations that were supposed to be held today. It has yet to announce new dates.

Meanwhile, the Meteorological Department said that the highest rainfall of 24.4 mm was recorded in Nazimabad and North Karachi. In a statement, it said 20 mm of rain was recorded in PAF Faisal Base; 19mm in Masroor base; 19.6mm in DHA Phase II; 9.1mm on University Road and 9mm rainfall was recorded in Saadi Town.