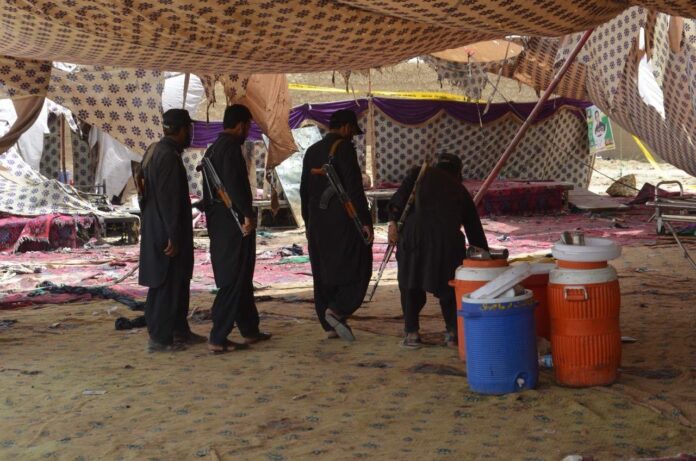 A Frontier Corps soldier was martyred and two others injured after terrorists attacked a check post in the province’s Mach area.

The Inter-Services Public Relations said in a statement that terrorists had targeted the check post, adding that FC troops responded promptly.

During the exchange of fire, a soldier — Sepoy Irfan — was martyred while two others were injured, according to the statement.

“Pakistan Army remains committed to defeating such cowardly acts by externally sponsored terrorist elements. Terrorists will not be allowed to sabotage the hard-earned peace in the country,” the ISPR emphasized in the statement.

In a separate incident, Security forces claimed to have killed a commander of the militant Islamic State group in a raid in Balochistan’s Mastung district on Sunday, a spokesperson for the province’s Counter-Terrorism Department said.

The spokesperson said security forces conducted a raid after receiving information about the terrorist’s presence. During an operation in a vineyard in the district’s Killi Mehrab area, the IS commander — identified as Mumtaz Ahmed aka Pehelwan — was killed, he added.

The provincial government had announced a bounty of Rs200,000 for Ahmed.

According to Anadolu Agency, Ahmed was suspected to be the mastermind of the deadly suicide blast on an election rally in the district in 2018 in which 128 people were killed and more than 200 injured.

IS had claimed responsibility for the bombing.