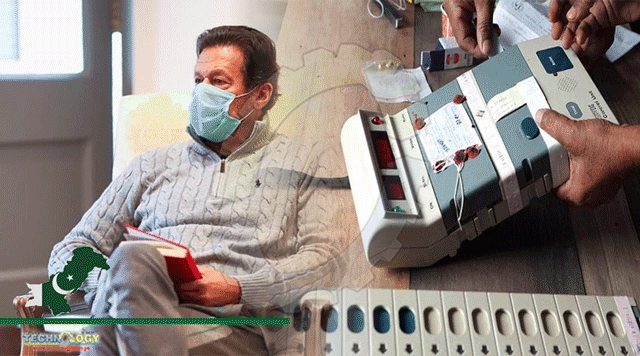 There has been a movement by the PTI government to take two steps towards making sure that the elections due by 2023 yield the sort of positive results that were yielded in 2018. First is the introduction of electronic voting machines (EVMs), but linked is the establishment of the Pakistan Media Development Authority (PMDA), which would allow for regulation of cybermedia, and would be very useful in making sure that reports of malfeasance during elections do not make it to the social media, which is where people increasingly get not only their news but their views.

If one accepts even partially the opposition narrative, that the 2018 election resulted in the selected candidates being put into power, so that the PPP and the PML(N) could be left out, then it becomes all that much more necessary to ensure that the good work continues by making sure that the PTI is re-elected.

The government narrative, which is premised on the 2018 elections having  been fair and free of manipulation, is that both measures are necessary to achieve separate goals. There is a need for EVMs because the present system of paper ballots leads to the loser challenging the election result. The challenge becomes even more invidious when no legal challenge is mounted, and merely becomes a stick to beat the winner, and to malign national institutions. I-voting is the only way feasible of giving overseas Pakistanis the vote, which the PTI committed in its election campaign. (It also expects overseas votes to fall mainly to its share.)

The PMDA is not linked to this, except insofar as there should be no reporting, on traditional or social media, that propagates any fake news about anything, but especially national institutions or elections or any link between the two.

The problem for the government is that both electoral reform and the PMDA are opposed by important stakeholders without whose cooperation the reforms will not work. The electoral reforms will not prevent doubt being thrown on the result if the opposition parties are not on board. The PDMA will not be accepted by any section of the media, now that all leading organisations have expressed opposition.

The objections being made, make it obvious that the objections are to do with trust. The objections to using EVMs are about the security of the ballot. If it had been suggested that a particular EVM be used, for example, it could be guessed that the real issue was the vast sums needed for the conversion: if polls are held on the same day, it would cost about Rs 25 billion. With the IMF breathing down our necks, with the government hard-pressed to meet the salary bill, with the country hurtling towards a situation where it would have to borrow not just to meet the costs of debt-servicing (as present), is it not likely that systems were acquired without adequate safety features?

The money might well be found, but would such an expenditure ensure that election results are accepted? No loser likes to admit defeat, but the real test is whether the general public buys into this claim. Even now, the 1970 elections are supposed to have been fairly conducted. The same is not said about the 1977 elections.

The PMDA idea has behind it a three-fold proposition: first, it would help damp down any noise against electronic voting results, it would curb criticism of the government’s performance, and finally it would help achieve control over the social media

The PTI might be paying the price of a 2018 election campaign in which it promised too much. ‘Naya Pakistan’ is looking too much like Purana Pakistan to do much good, while the promises of job creation and building a large number of housing units have not been fulfilled. Whether enough progress has been made to justify a renewal of the mandate will be determined by the electorate, but so far it doesn’t look good.

Worse, the PTI’s promise of an honest government has not been fulfilled, not with petrol, wheat and sugar crises being caused by mafias within the ranks of government. That also feeds into another broken promise of the government, that of freeing the country of loans, with the IMF package hanging like an albatross around the country’s neck.

One of the most problematic issues for the PTI had actually seemed a no-brainer during the election campaign, that corruption was behind most of Pakistan’s economic problems: The government has failed to bring back any of the vast sums it had alleged were flowing out of the country, or make any recoveries from its political opponents. The corruption of the leadership had led to poor economic decision-making and thus had caused economic woes. The PTI has failed to recover anything, and to make an example of past corruption.

Whether the economic theory is wrong, or whether the leadership is as corrupt as its predecessors (and the theory still valid), there are two conclusions. First, the economy is in bad shape, and there has been backbreaking inflation and low growth. Second, the PTI cannot say to the electorate that it has made some progress, and it should be re-elected so that it can continue the good work.

There is the question of perception as well. The PTI feels that it has got bad press. This is not just print media, but also electronic and even digital social media. That perhaps shows how poorly the government is doing, because it had come to power in a campaign that owed much to social media. It does seem that that experience taught it the value of social media in governing as well.

As before with the press, and then with electronic media, the government wants to control digital media as well. This has become all the more important because reports of electoral malfeasance appear on social media first. The traditional media often quote the social media in their reports. It is worth noting that the 1977 general election was made possible without social media, but the rigging alleged then cannot be carried out today. The attempt in the Daska by-election to use traditional methods seems to have failed, and the ECP tried to exert itself.

One problem with the EVM idea is that it would lay open the election result to being changed by an opposing power. If the USA has had difficulties in its elections, Pakistan could too. That is an objection that has not been sufficiently discussed. Perhaps worse, the possibility of such an accusation being made against a government should give pause to a country where a Prime Minister was once called a ‘security risk.’

The PMDA idea has behind it a three-fold proposition: first, it would help damp down any noise against electronic voting results, it would curb criticism of the government’s performance, and finally it would help achieve control over the social media.