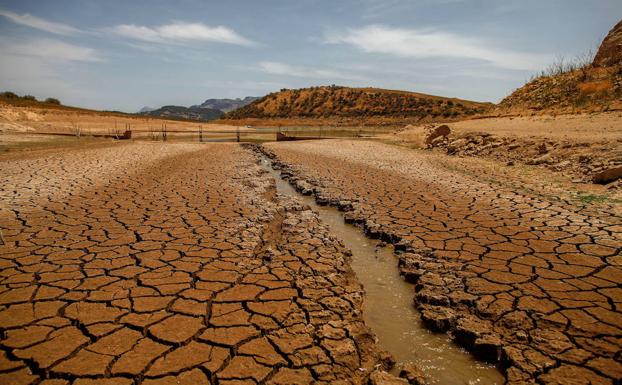 ISLAMABAD: As Pakistan is the 8th most vulnerable country in the world in terms of climate change, Pakistan contributed only 1 percent to the worldwide greenhouse gas emission but it was 8th in the world in terms of climate vulnerability, the country needed to adopt nature-based approaches to be a part of the solution to climate change.
Keeping the rising climate issue, especially in the developing countries like Pakistan, the developed countries were supposed to raise at least $100 billion every year in climate finance.
These views were expressed by climate experts and practitioners during an event, ‘Pre-COP26 Dialogue’ organized by the Institute of Regional Studies (IRS) in collaboration with the Civil Society Coalition for Climate Change (CSCCC), the Sustainable Development Policy Institute (SDPI), and the Embassy of France here on Wednesday. The aim of the dialogue was sharing ideas on climate change in the run up to the 26th UN Climate Change Conference of the Parties (COP26) to be held in Glasgow from 31 October to 12 November.
They termed climate change a shared responsibility and urged the need for global partnership on the subject.
While addressing the event Special Assistant to the Prime Minister on Climate Chain Mr Malik Amin Aslam, said that for Pakistan, it is important to give the message at COP26 that despite being affected by climate change in an unjust manner, the country will adopt nature-based approaches to be a part of the solution to climate change.
Parliamentary Secretary for Foreign Affairs Ms Andleeb Abbas stated that climate was a priority of the Government of Pakistan and a personal focus of Prime Minister Imran Khan. She listed the ten billion tree tsunami, the switch to cleaner fuel, and introduction of an electric vehicle policy as some of the achievements of the government.
The British High Commissioner to Pakistan Dr Christian Turner shared that COP26 had four major goals: more national commitments on emission reduction by 2030; further support for vulnerable countries like Pakistan in terms of climate adaptation; climate finance mobilization to the tune of $100 billion annually; and developing partnerships not only between governments but also with the private sector and the civil society. He further stated that Pakistan was in a great position to assume global leadership on climate change owing to its climate vulnerability and its prioritization of climate in national policy making.
Italian Ambassador to Pakistan Mr Andreas Ferrarese stated that Pakistan contributed only 1 percent to the worldwide greenhouse gas emission but it was 8th in the world in terms of climate vulnerability. He shared that Italy and Pakistan will be co-hosting a side-initiative of COP26 on mountain climate in which Pakistan will play a central role in addressing challenges related to conservation of the central Karakoram ecosystem, meant to be a model for the world.
The Charge D’ Affaires of France in Pakistan Mr Yves Manville shared that the French government was supporting Pakistan in providing small grants to civil society organizations for projects on climate change and awarding climate scholarships to Pakistani students. He added that the French government was also assisting the Government of Pakistan directly through the French Development Agency.
Urging the need for collaboration, Chief Executive of CSCCC Aisha Khan said that Climate Diplomacy would be the most important aspect of bilateral and multilateral engagements in future. This will require careful diplomacy and inspired leadership to leverage cooperation at the regional and international level.
Quoting an Asian Development Bank (ADB) study, President of IRS Ambassador Nadeem Riyaz stated that Pakistan was facing a $3.8 billion annual economic loss due to climate change. He added that COP26 was expected to play a crucial role in paving the way for sustainable recovery and setting ambitious but achievable targets for climate adaptation and mitigation.
Executive Director of the SDPI Dr Abid Suleri appreciated the government’s initiatives to tackle climate change, especially its commitment to phase out coal-based power generation. He said that the government had adopted an inclusive approach toward climate.
Other speakers at the event included the World Bank Country Director Mr Najy Benhassine, Development Director for Pakistan at the British Foreign, Commonwealth and Development Office (FCDO) Ms Annabel Gerry, Director General of Environment and Climate Change at the Ministry of Climate Change Mr Muhammad Irfan Tariq, and Chairman of the Board of Governors of SDPI Mr Shafqat Kakakhel.