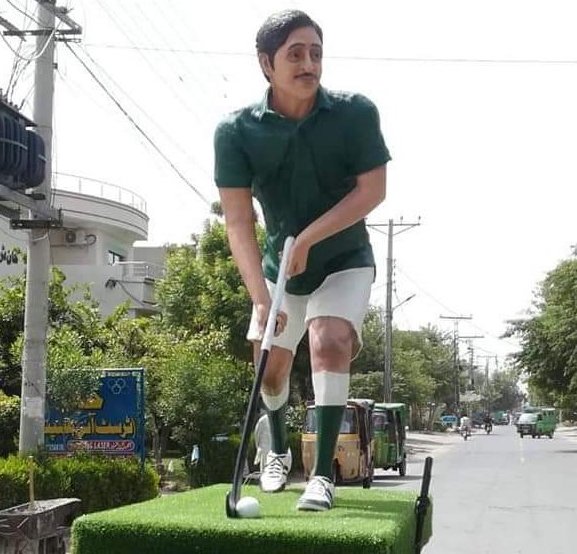 Some thief’s stole ball and hockey from the statue of Hockey hero Samiullah khan in Lahore pic.twitter.com/aFE8cSOhRR

The theft occurred less than two weeks after the statue was installed at a crowded crossing in the cantonment neighbourhood in Khan’s hometown to honour the left-winger popularly known as “Flying Horse” for his electrifying runs down the left flank.

“Let’s see for how long his shoes and socks survive,” one upset hockey enthusiast commented.

Khan also won silver in the 1975 World Cup. His sole Olympic performance came in 1976 where the Pakistan team won bronze. In 1980, Pakistan participated in the American-led boycott of the Summer Olympics in the Soviet Union.

Khan was also an exceptional scorer for a winger. He scored 55 goals in international games including 12 in four World Cup appearances.

After NZ and England snubs, Raja says Pakistan will now look after own interest

WELLINGTON: New Zealand Cricket officials on Saturday threw a veil of secrecy over the purported security threat that forced the abrupt cancellation of their...
Read more
- Advertisment -